So, yesterday was the annual war-games show at Excel, London - Salute 2014.

I always try to go along to the show, to check out items that I normally wouldn't pick up or be aware of. This year seemed to be really well attended, both with visitors and with sellers. There were lots of demonstration games going on, lots of really nicely painted miniatures and some good deals for buyers as well.

It's shows like this that often remind us there is more to the war-games hobby than just Games Workshop... I was surprised this year to find that GW chose not to attend the show at all, and even Forgeworld appeared to have a reduced presence (mainly selling T-shirts, mugs and posters with items available for order). However, there was a huge range of independent games being showcased, with developers like Mongoose Publishing and Mantic in attendance. I managed to pick up some more Batman models (lots of sellers for Knight Models, which was nice as I don't know anywhere local to me that sells them), some Judge Dredd figures and a couple of Blightwheel miniatures. I'm certainly looking forward to painting the latter: unclose, the detail is awesome: I particularly wanted a Squire model as an objective piece for my newly-finished Imperial Knight.

The stand-out stall for me, however, was Prodos Games - developers of the new Aliens vs Predator board game and war-game. I chatted with some of the team, and they were really open in terms of talking about the new game. There were several finished sculpts available for inspection. 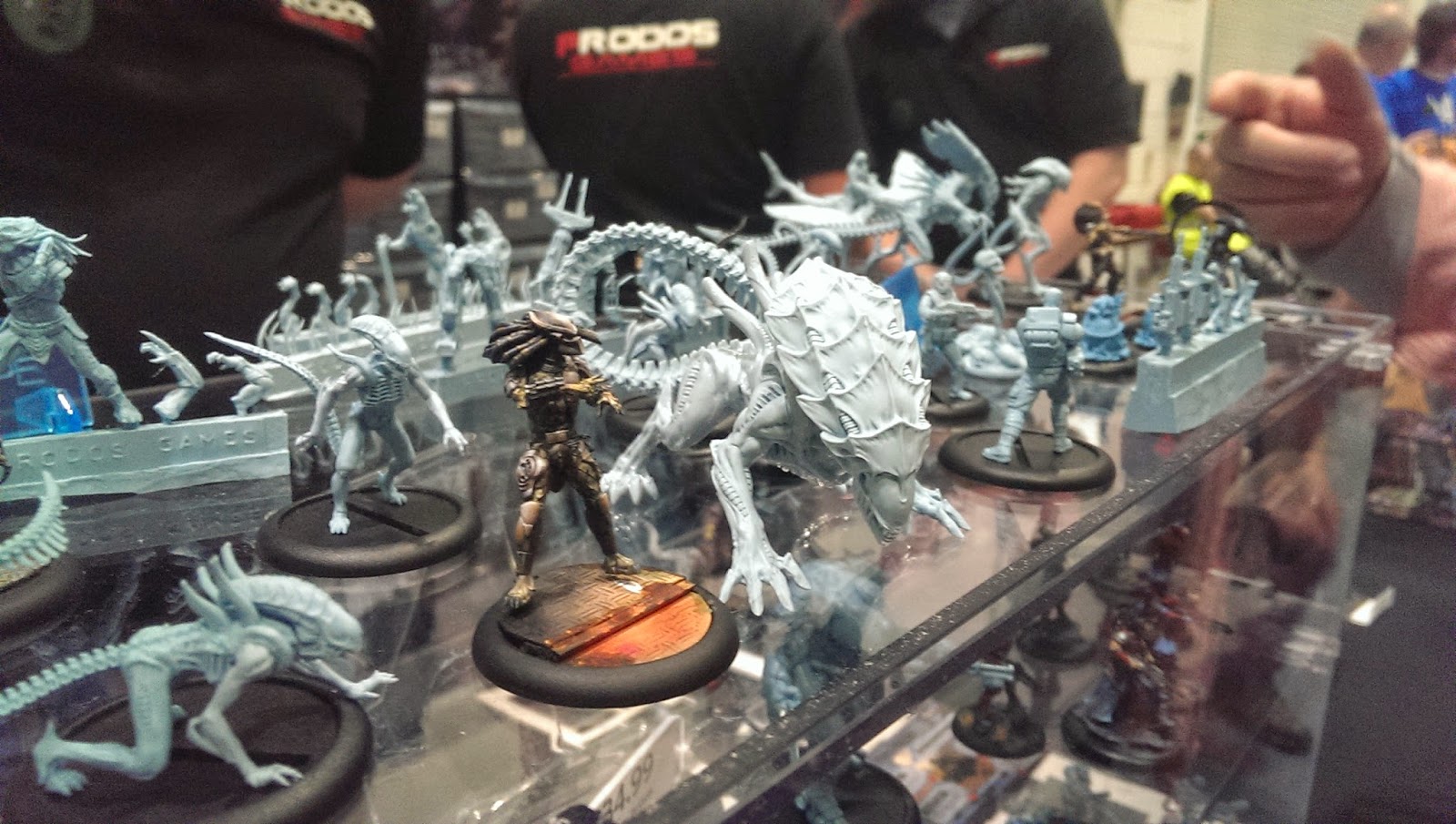 I was really impressed by the Alien Crusher (from Colonial Marines) - it has a nice weight to it!
Sadly, the beautifully painted Predator shown to the left of the photo had been dropped by a visitor earlier in the day, and so the foot was broken! 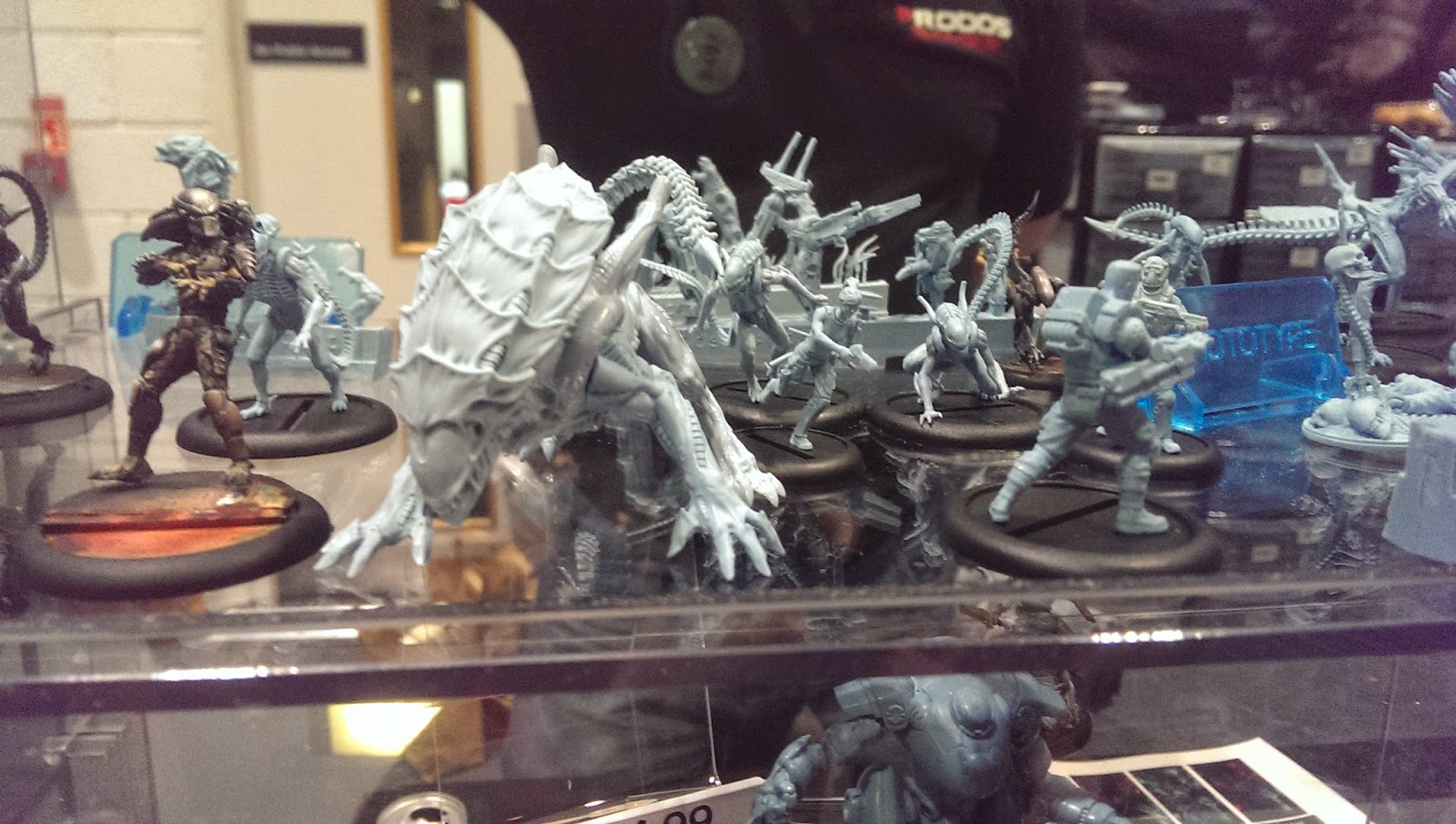 Some personality figures can be seen to the right of the photo. 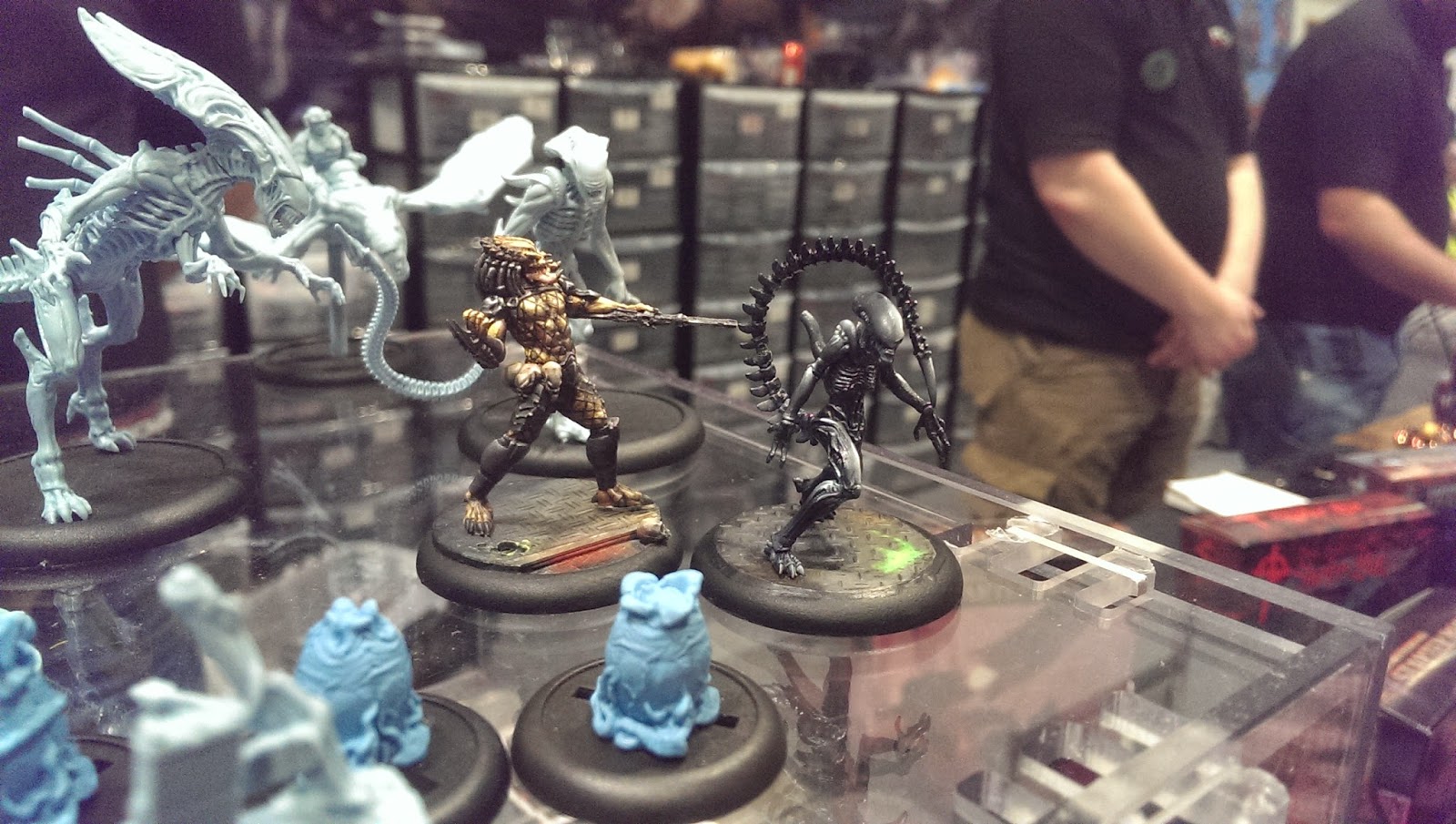 Further examples of Aliens and Predators... Note the awesome Queen in the background - I handled this sculpt, and was thoroughly impressed by the level of detail. 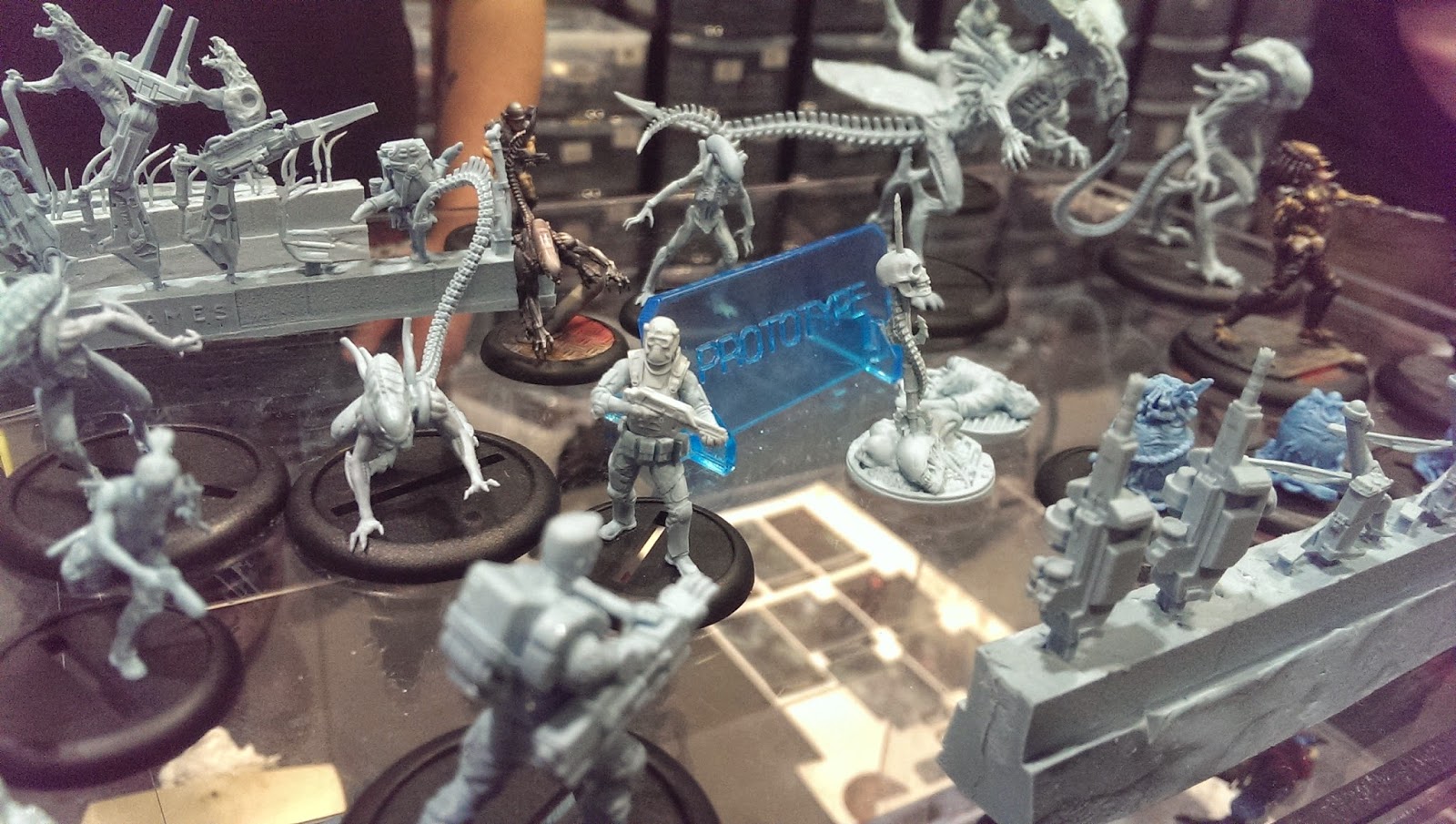 In the middle of this picture, you can see a Weyland-Yutani Commando. 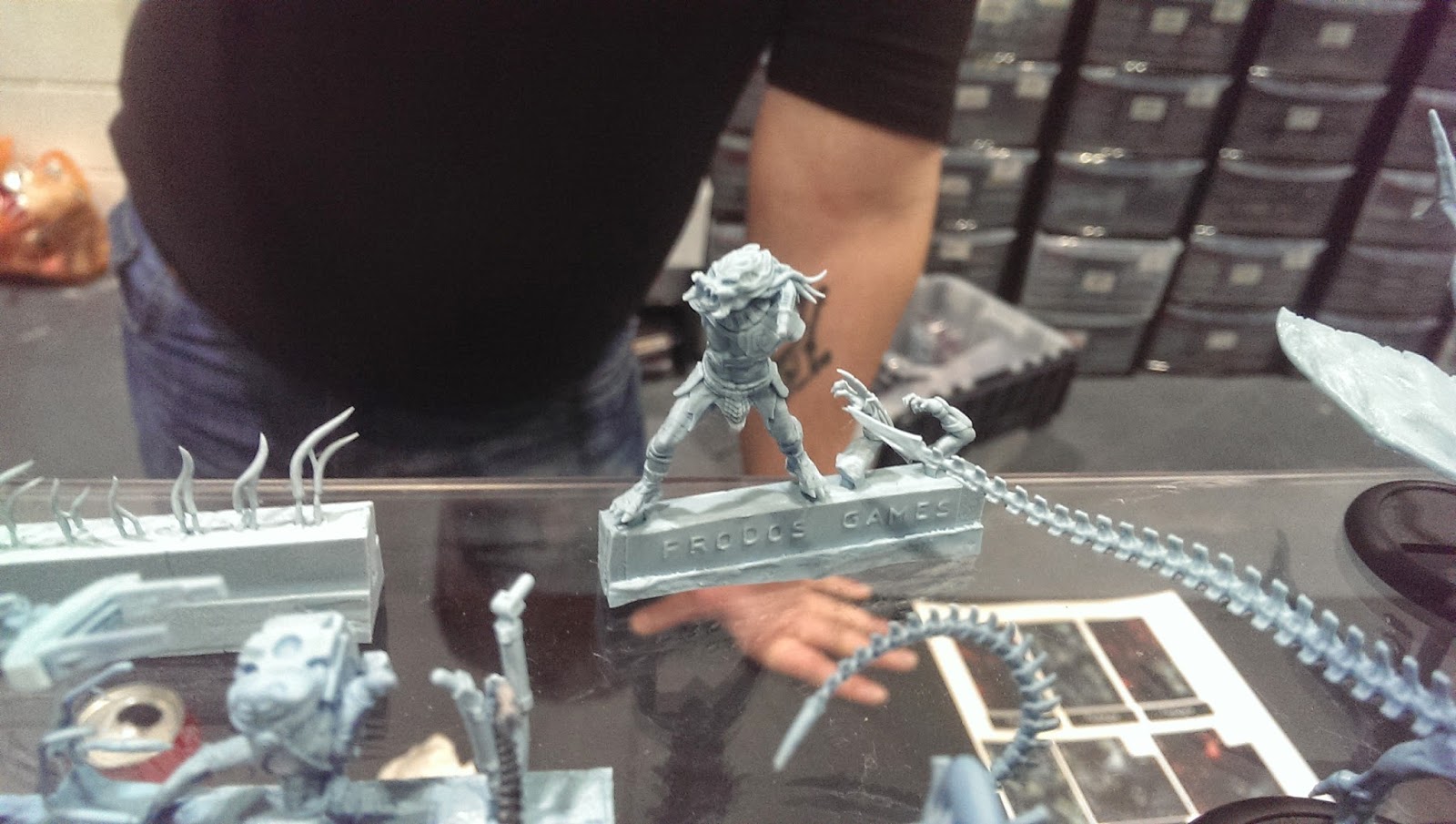 Here is the Predator Berserker - Prodos showed me the model alongside one of the regular Predators, and the Berserker is suitably scaled to be even bigger than a regular warrior!

Prodos were also showcasing some updated token sets and the board tiles. They explained that these had been redone, as they were unhappy with the originals. The examples at the show were really amazing; very detailed, very colourful. It's great to see a company listening to customers, and acting on criticism or advice. Overall, I'm really looking forward to the release of this game and feel confident it is in safe hands!

After a long day of shopping at Salute, I managed to get a couple of games of 40k in. This is a rarity for me! 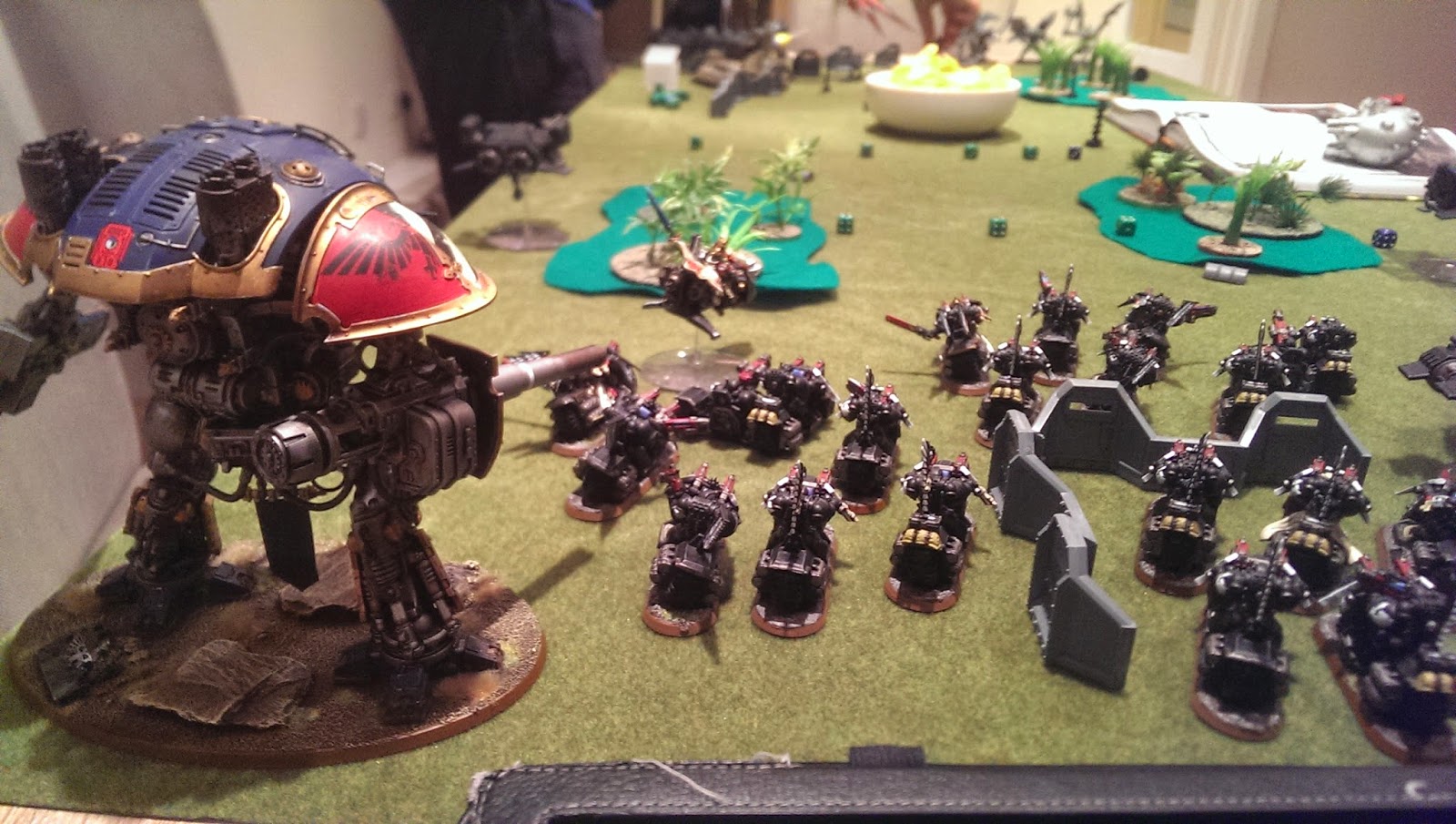 I played a 2000 Ravenwing list, combined with an allied Imperial Knight and a small Inquisitorial contingent. 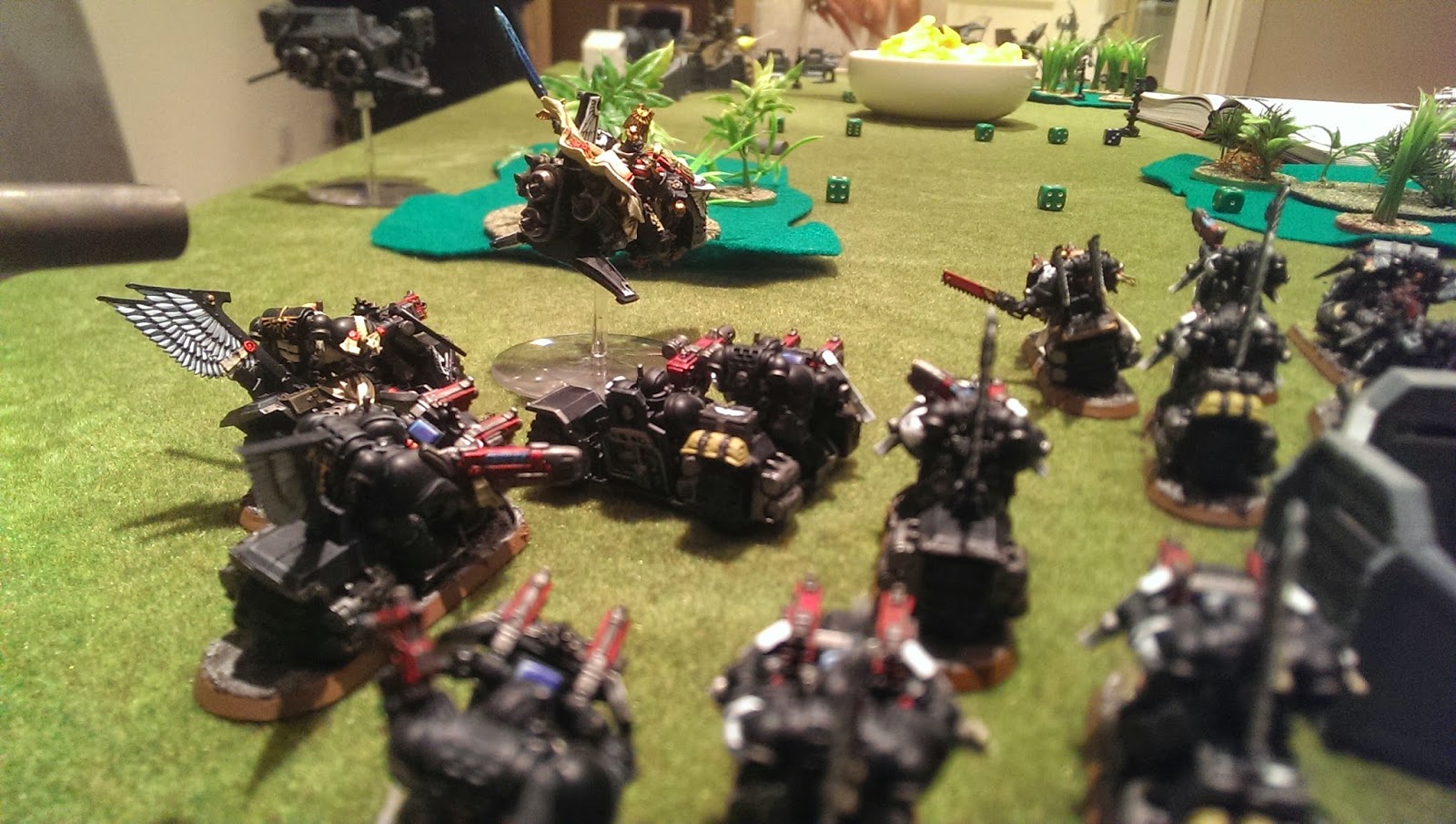 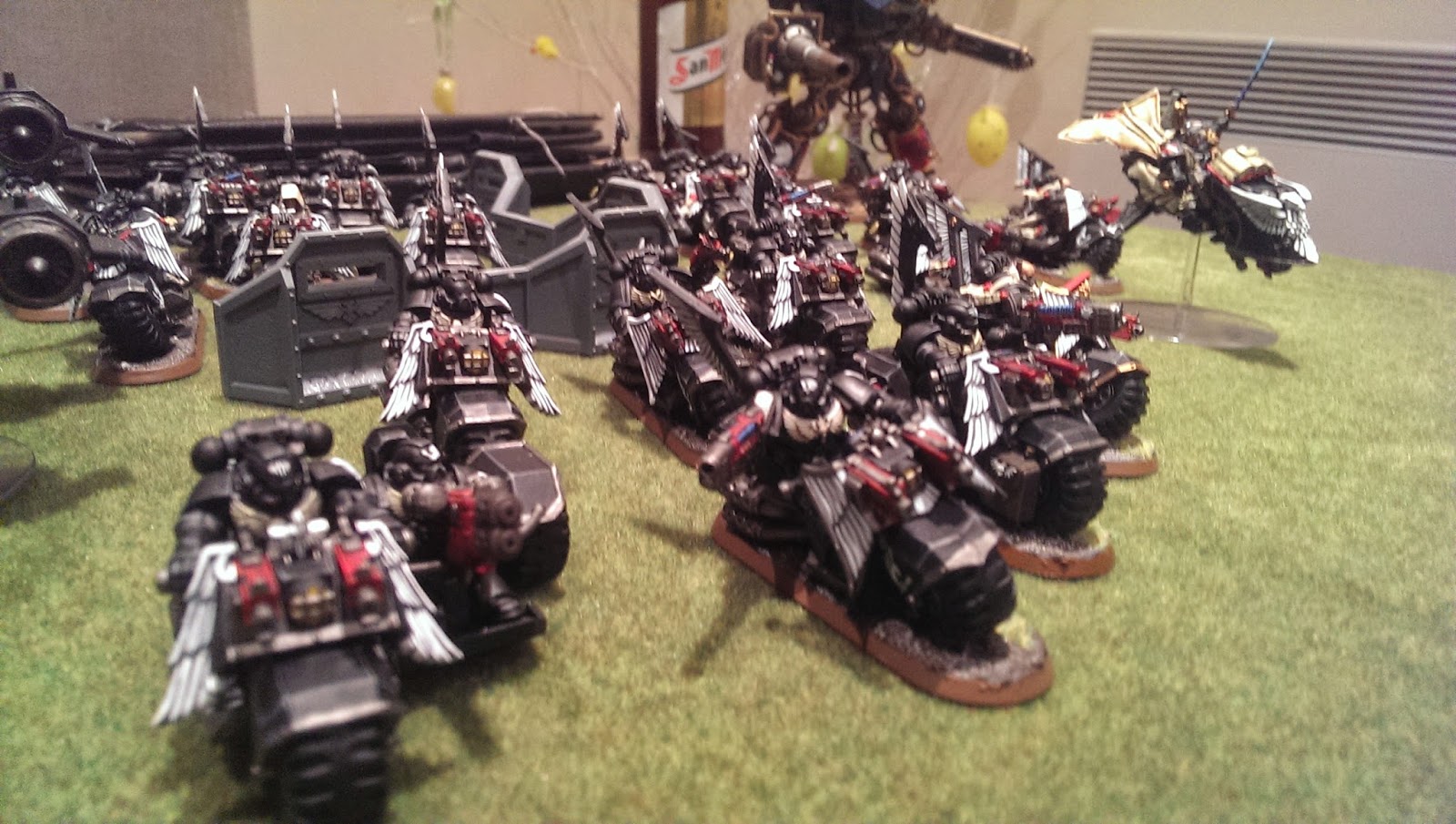 Of two games I played against my regular opponent, I won one and lost one so not too shabby. If anyone has any tactical advice on how to play Ravenwing, and in particular on use of the Darkshroud, feel free to drop me a comment...