Think you can buff that out? 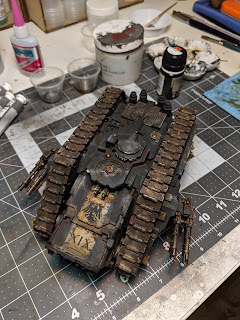 So the Spartan is almost done, I have a few more details to clean up and I might tone down the white streaking a little. I think it's a little more then I'd like but I keep going back and forth on it haha.. I don't know. I have some camo netting I might try to use but this weekend I realized it's only about 3.5 months to Nova. That might not seem like it's close but I got a lot to do haha 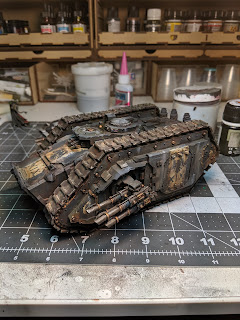 It's glued together now and the LAS are Mag'd.. 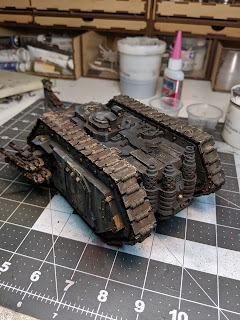 The stacks are heavy sooted.. 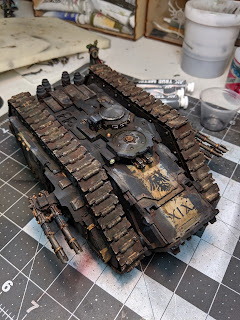 The tracks are heavily weathered and chipped.. I did glint up the edges a bit which might need a little more. Again.. I'm back and forth haha 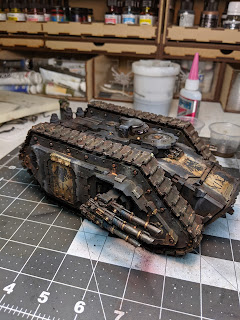 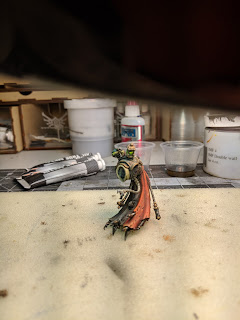 Added some weathering to the AdMech.. didn't realize the light was all up in the picture .. whoops 8) .. I also started on the liquid in the vials up on top of his back. I'll probably concentrate on getting him wrapped up. 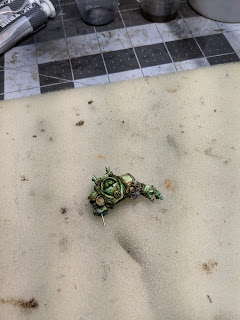 What is this! A Death Guard guy? Don't worry.. it's just poor goon that got torn in half when he stepped up to the Raven Guard Dreadnaught .. 8) .. the Dread will be carrying him in his right hand. I need to find a spine of some sort if anyone has seen a model out there let me know. I also need a Space Marine out of armour .. Part of the display stuff I'm working on. So if you have any leads let me know. 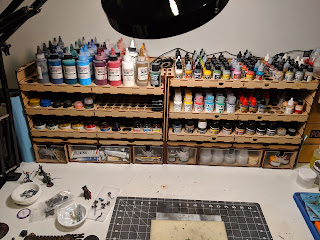 The last part of the post is my new paint setup. I've been working on these displays for a while and they are done. I've wanted to have a modular paint rack with removable trays to hold all of my damn paints. I know I have too much but hey.. what can you do.. 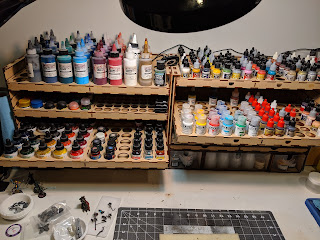 The trays are completely removable and can be placed at different heights. 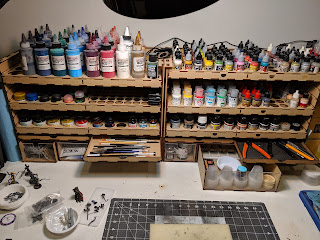 I also made the thin drawers as well as the larger ones at the bottom like my tiered design. This is two of the racks side by side and it holds all my paint with a ton of room to spare! Boooyah ..

I've been telling some people about it and they asked me to post up some pictures. We are going to put a new Kickstarter for this Rack and some other racks plus a bit box solution. So .. I'll post up the link when it goes live ..