Hello one and All,

Last weekend saw the annual event - Beachhead 2020 at the Bournemouth International Centre. At this event there were loads of stores, demonstration games and tournaments. One of the demonstration games was the Titan Owners Club, with 6 Princeps fighting with their 28mm titans using the Adeptus Titanicus rules (AT28).

Here are images from the event that saw Legio Astorum, Legio Crucius and Knights of House Bordeaux against the forces of Legio Mortis and Legio Solaria as well as some Vassal Knight Banners.
Pre-battle photos 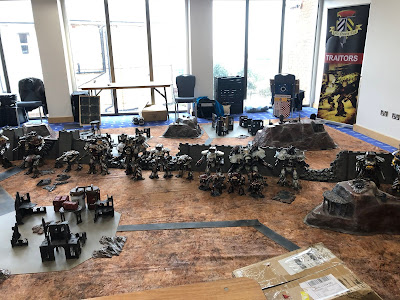 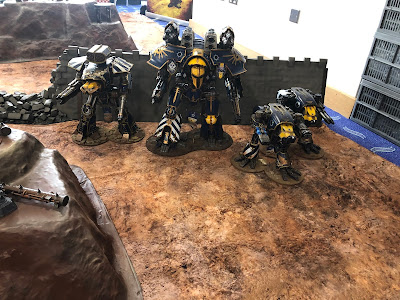 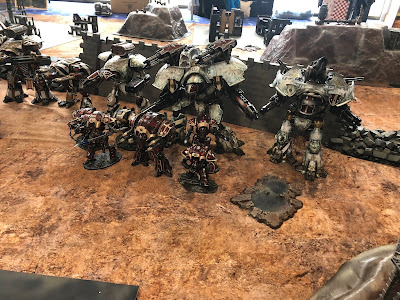 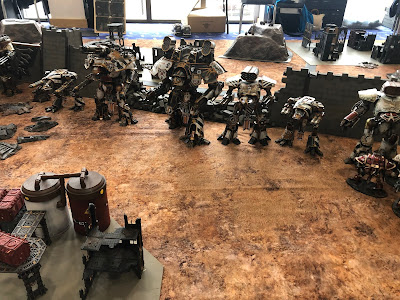 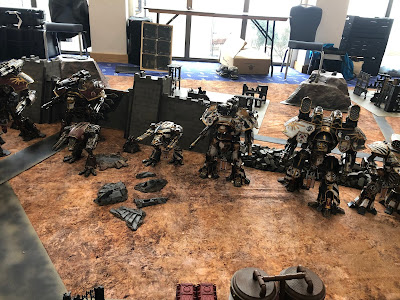 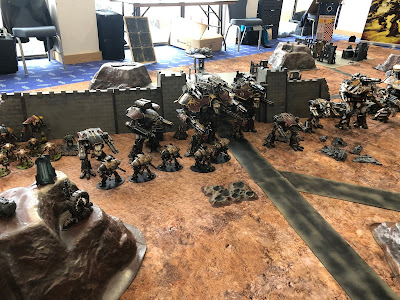 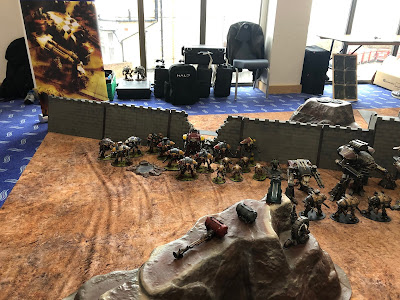 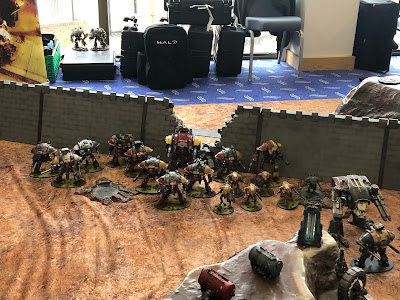 A couple of images for the Titan Owners Club - Sorry Lyden! Armigers (for show anyway, no rules) 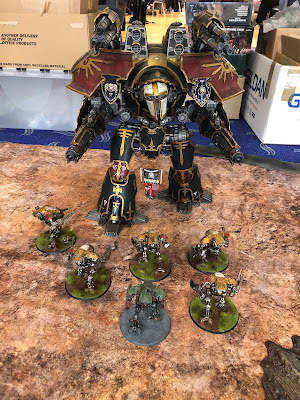 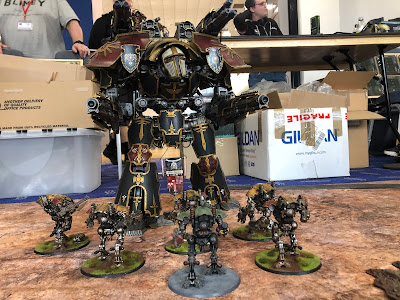 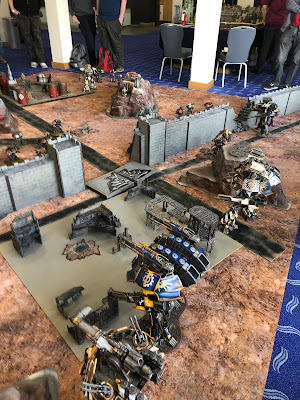 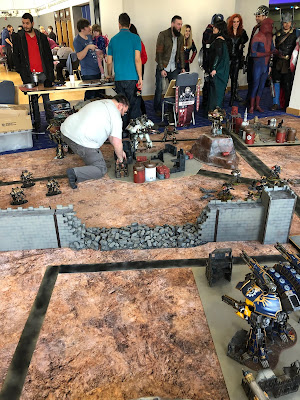 The convention's Cosplayers came over for a look-see 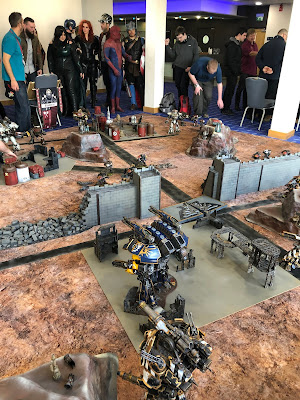 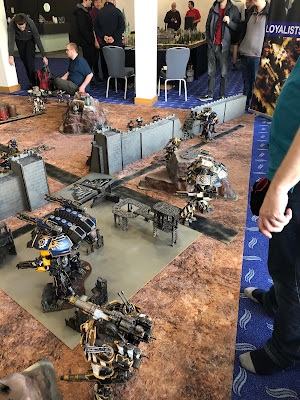 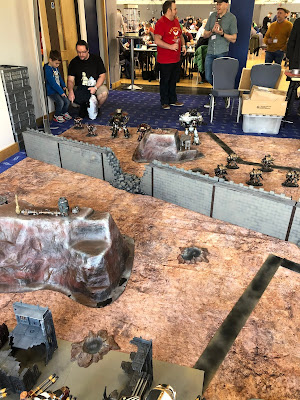 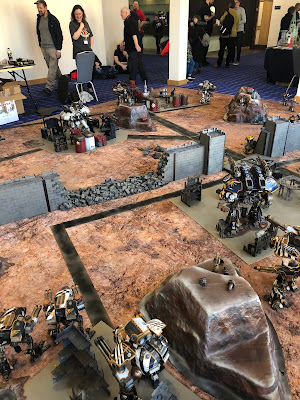 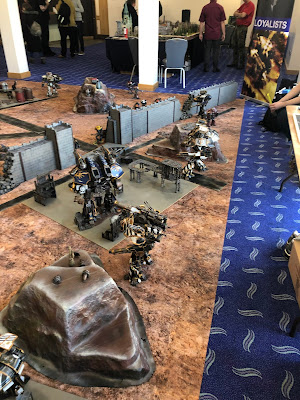 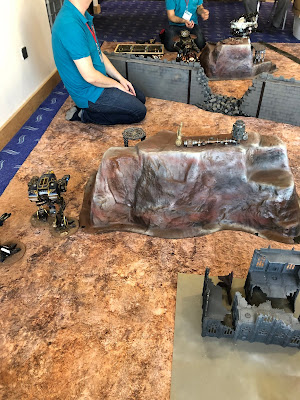 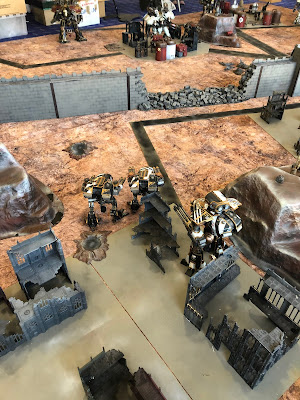 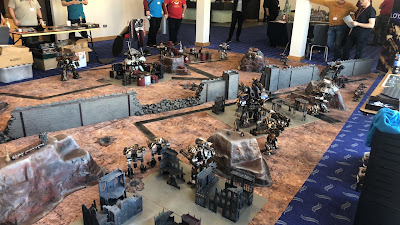 TOC's newest member bought along several Banners of Knights and soaked up a lot of enemy firepower! 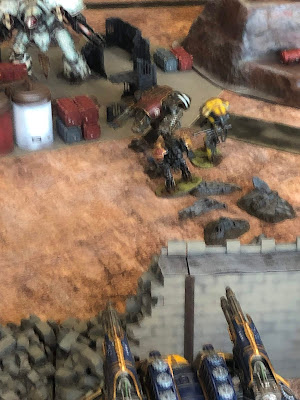 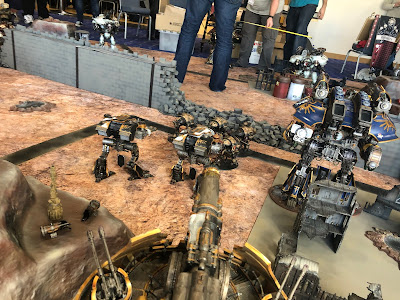 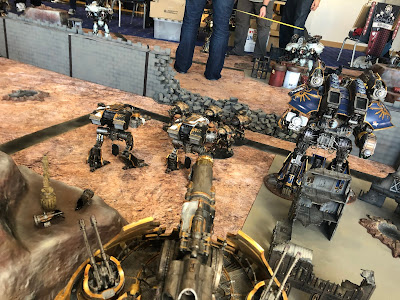 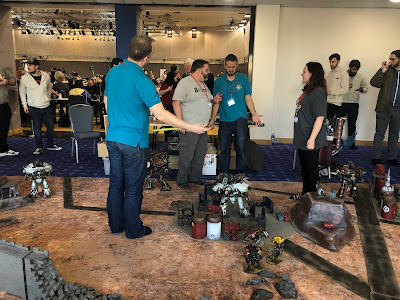 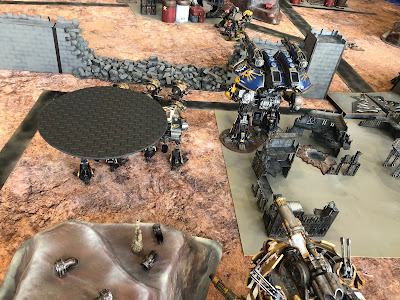 Seeing your Warlord explode due to a friendly explosion is a tough pill to swallow... 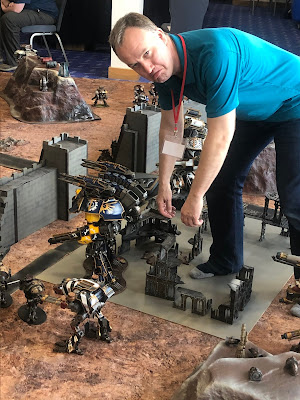 The pain is less when the opposing team aren't mocking your poor fortune.. 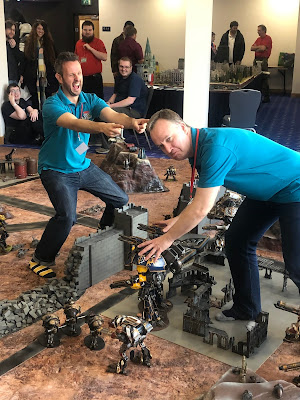 The Titan Owners Club with the Plaque for Best in Show, and the Best Demonstration trophy. 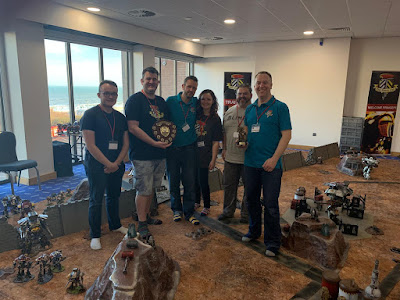 The battle saw loads of action, with 3 out of 4 Warlords exploding in glorious death, Dominius Victoria of the Legio Astorum detonated in the shockwave after the Crucius Warhound Black Strider was destroyed. The Crucius Warbringer Mons Igneus took the killing blows on both Unius Exercitus of Solaris and Bone Garland of Mortis.

Thanks for looking! LH