Better picts of the Helgans.

I did mention that I would try to get better picts of the Helgans, so here they are on a nice day, formed up in front of the Brick of Scrutiny. 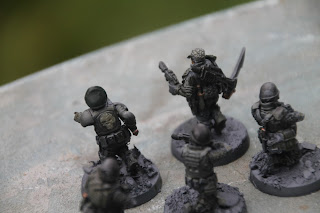 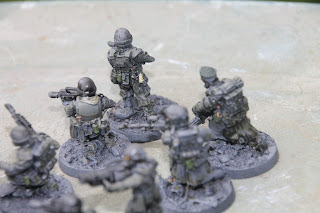 A couple of picts showing what they are carrying in fighting order. 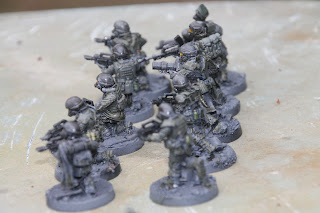 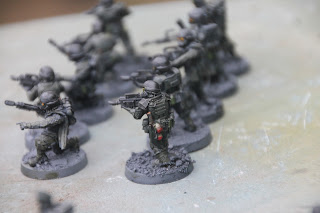 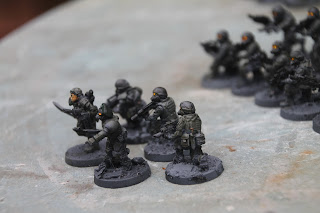 The Command Team - Task and Purpose, as they say. 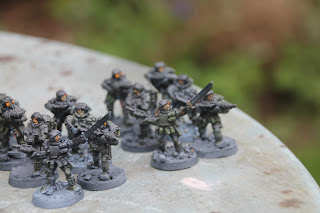 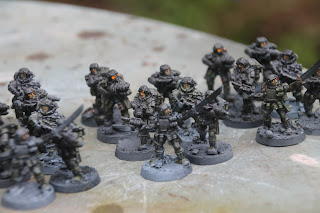 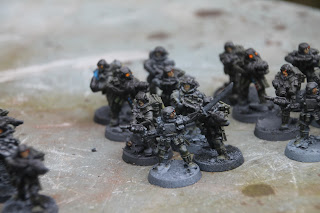 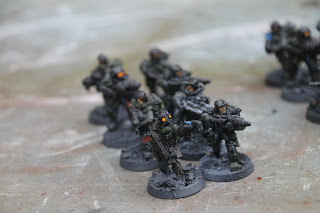 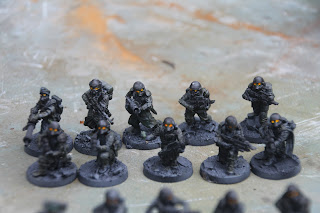 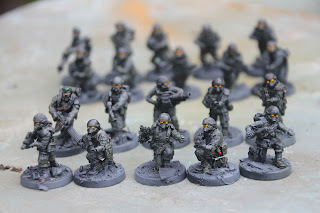 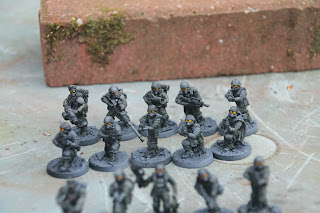 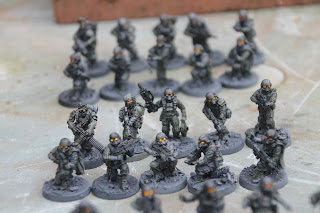 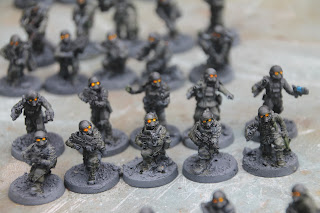 Rifle Squad 5.  There are SSW (Hvy Stubbers and Grenade Launchers) in each squad. 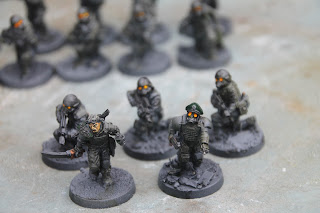 The Command Squad at the front. 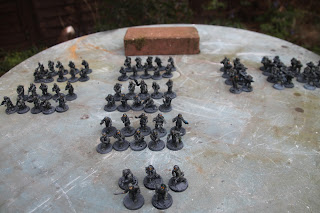 The whole platoon.  Five rifle squads and three IST teams.  A useful addition to the line up.