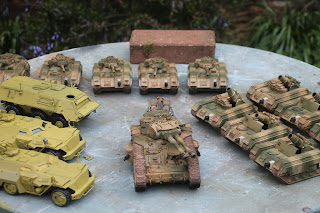 Of course the vehicle fleet was finished years ago and absolutely did not need any more vehciles.  Mostly because a lot of this stuff was sat in boxes for years. 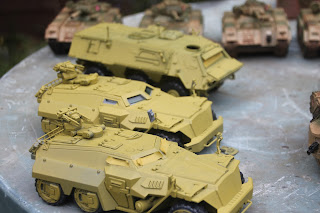 So Admiral Drax popped up and helped throw a couple more models together. 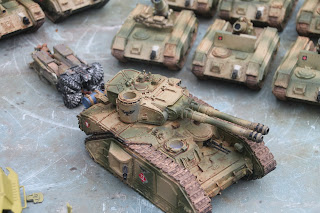 The Macharius.  Because it's still not finished. 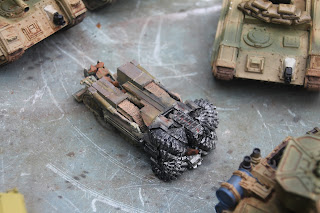 The Hades Drill, which is finished, just not put away yet. 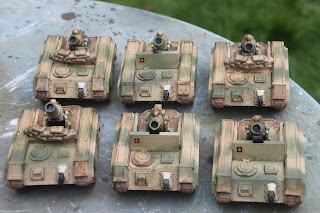 The six Griffins.  These are all Models and Minis kits, with the exception of the track units, which are Chimera tracks from 2012.  Defence Procurement schedules haven't moved on much in the M41. 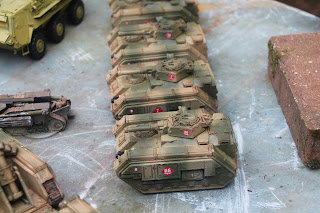 And another Zug of mid turret Chimerae.  All the others (seventeen) were chopped by me in 2009ish; these actually have Blood'n'skullz Capricorn hulls with FW autocannon turrets.  I think the autocannon turrets are now discontinued, like a lot of the kool FW stuff. 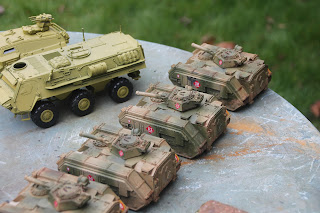 And the revell 1/35 Fuchs.  There will eventually be three, this is the second.  They are for the QMs and their retinue(s).  And of course a lot of space for items recovered from fallen guardsmen. 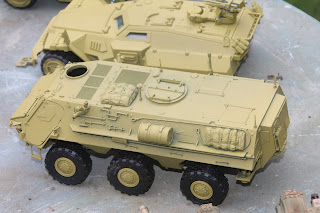 So, that's it for the minute.  More progress soon.