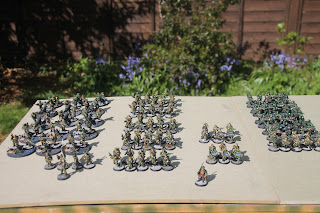 So take a look at the table there.  163 wounds, all up.  I thought to myself, I'll do a single maximum sized platoon with the Camo Guard and see where I get.  Let's see: There's a Commissar, part of the Troops choice entry from the army list. One. 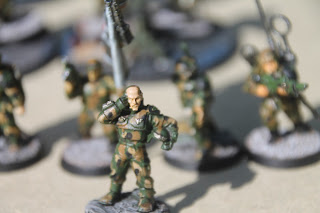 Platoon Command Squad.  The Platoon Commander and his fourman team.  I went for medic, vox, standard and redshirt because this is the Imperial Guard and who wouldn't ?   It's not important, we're just seeing how many bodies we can get in here. Five. Total of six so far. 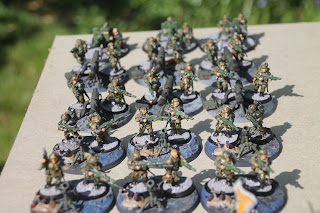 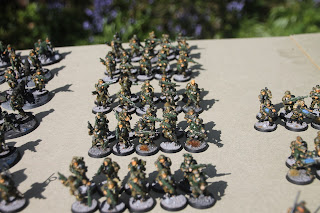 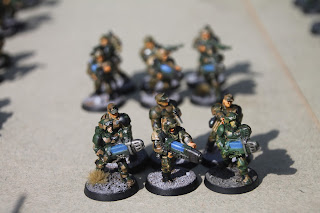 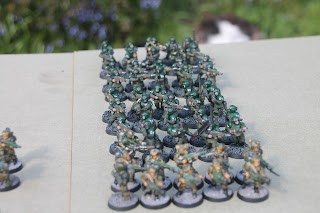 Conscripts (this is where I ran out of suitable Camo Guard, welcome to the line troops of the Cadian 24th to help out).  Fifty.  So a total of 148 from the single entry.  They could be joined by another commissar and priest from elsewhere in the army list to give a single troops choice with 150 wounds. 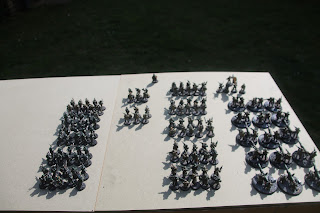 So there would be two of these, obviously.  Three hundred wounds in two troops choices, assuming that points weren't important.  There's something to cogitate on.  All las guns and mortars could make it a low points cost option and rely on Mathammer to overcome an opponent based on critical mass. 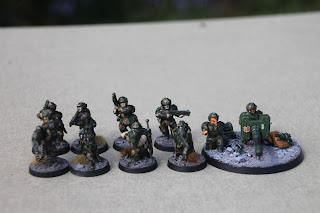 Alternatively, this is also a troops choice; ten veterans: Harker, three sniper rifles and an autocannon for a more effective (than a normal IG squad) long range firebase.

Of course a real army list needs a little more synergy.  But it is something I like to mull over on occasion. 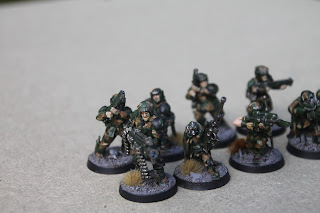