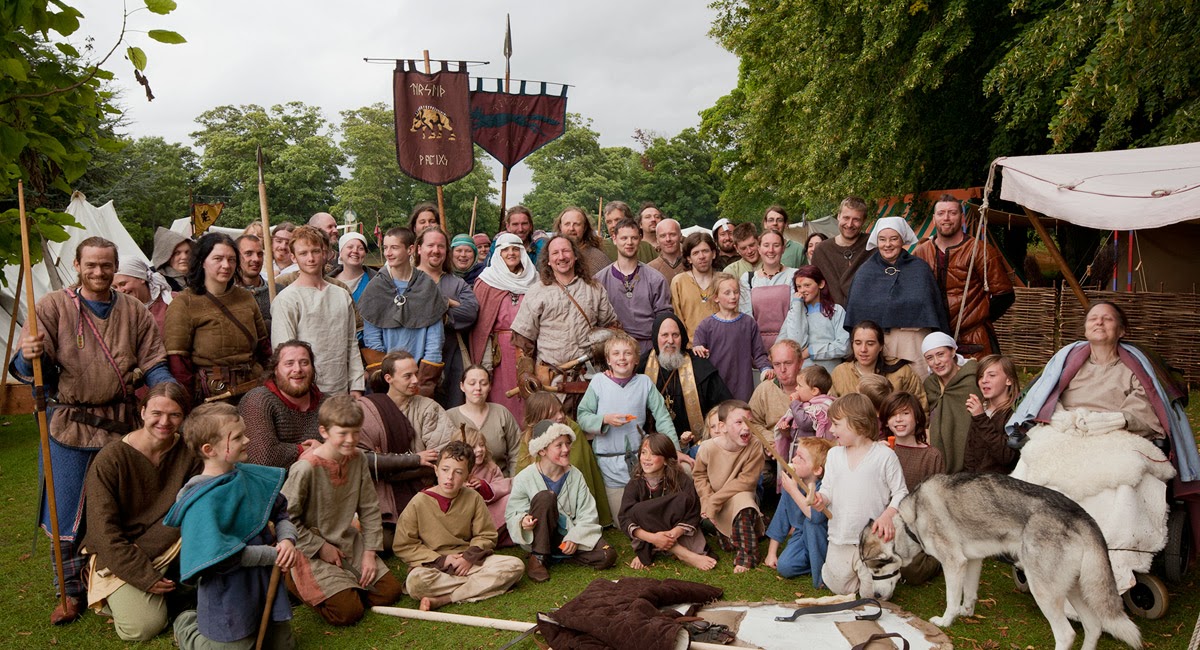 Before I get started on painting the vikings I had a little browse around, to see if I could find any information on viking clothing. There's very little specific historical evidence, but there are plenty of re-enactor sites to peruse. These people spend their weekends dressing as vikings, saxons, etc., in medieval camps and events. There is a surprising amount of research and authenticity applied, so if you like your figures to have a dash of realism, then they are a good source of inspiration.

You might think that they look a dowdy bunch, but the photo is probably taken under a typical English sky and so not quite as bright as it might be! There are certainly plenty of browns and tans, creams and pale colours. But there is also a surprising range of other colours. If you are really interested, you can even find recipes to make dyes for yourself. 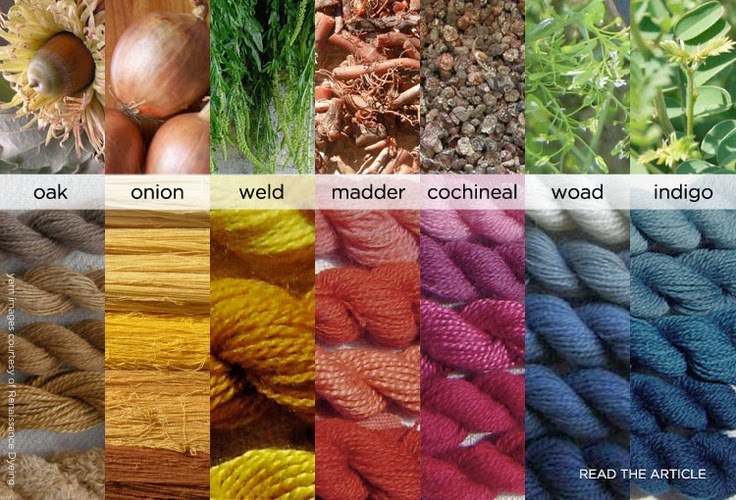 I remember talking to a re-enactor at one event in York, England, about his clothing. He was wearing a lot of brown leather and fur, but also a pale red, almost pink cloak. He explained that it had been made using natural dyes and that the colour faded quite a lot. There's no real evidence to suggest that vikings liked red (as they are often depicted in films and books), but even if it were historically accurate, it would quickly fade to a dusky pink.

The most important point I learned was that the colours are subdued, desaturated. So I will be keeping the clothing fairly low key, particularly for the bondi (and even more so for the levie if I ever collect them). In any case, the main focal point of the figures is the shields, so keeping the clothing fairly unexciting will act as a good plain backdrop for the prominent shields.