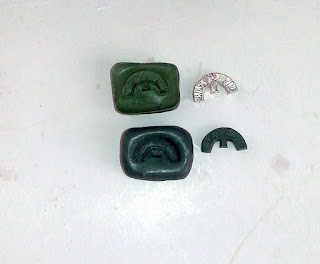 When I looked at the picture I was using as reference to paint up my Sons of Horus test marine I noticed his helmet crest was very similar to the one found on the Captain Sicarius metal model, which I have, in that instant I knew I could use it to make a greenstuff mould. The difference this time is that it needed to be a double sided mould. 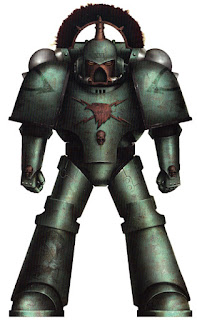 There are two ways to approach this:

1) Use a single piece of greenstuff, wrap it around the item and press together, then when dry cut open.
2) Use two pieces of greenstuff and cast half the mould at a time.

I decided for the second option. 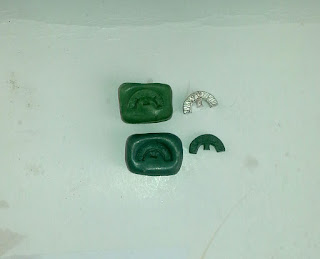 Now for the test, I prepared some greenstuff, used the oil as the non stick agent and pressed it into the one half of the mould and pressed the second part on top, left it to dry and amazingly it worked very well. 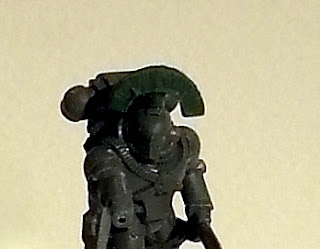 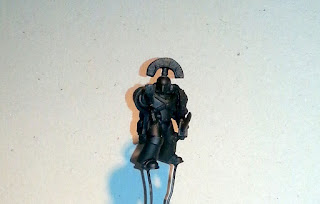 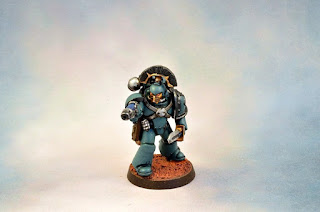 Highly recommended, although this probably wont work for every part you may want to replicate but give it a try.