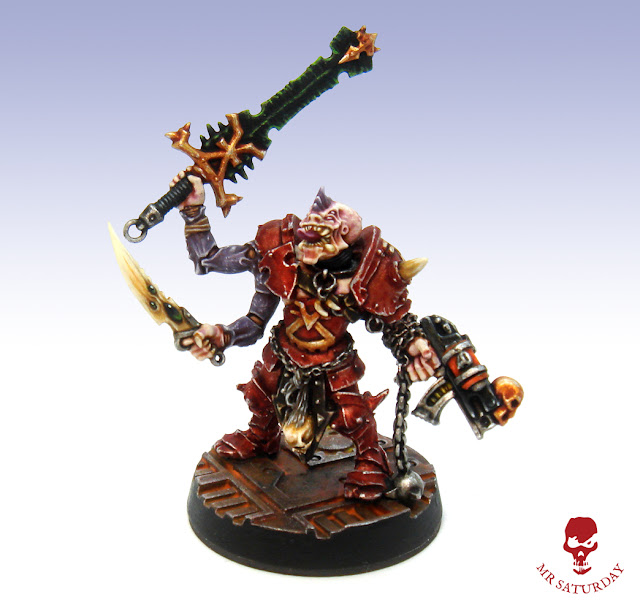 Today we have a return to a favourite project of mine, the genestealer cult, or, in this case, the genestealer coven. This is an idea that goes back to the very beginnings of the genestealer cult, when a desperate patriarch might seek power from the dark Gods. Fascinating Xenos/Chaos mashup ensues. I adored the coven when it appeared in White Dwarf 116. The whole idea of a cult turning to chaos fascinated me. I mean, how could my young mind resist this illustration by John Blanche? 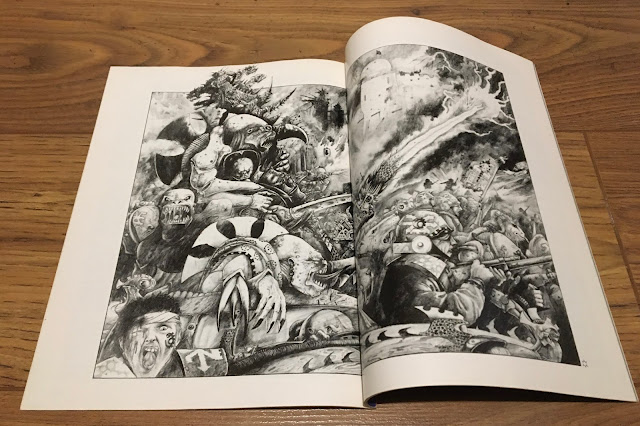 My coven is an offshoot from the main cult. What's that you say? A coven inside a cult? Jesus Dave.

I've been accused of cramming far too many themes into my projects, (Big Trouble in Little China Terracotta robots using stolen Eldar tech anyone?) but I care not a whit. So, my Admech Genestealer cult now has a chaotic element, and the one I most wanted to make was the hierarch in chaos armour (closely followed by the purestrain with daemon weapon). You can see the original 4th Generation Hybrid Magus with chaos armour below. I've wanted to convert one evert since. If you have copies of White Dwarf 114 - 116 I heartily recommend taking a look. 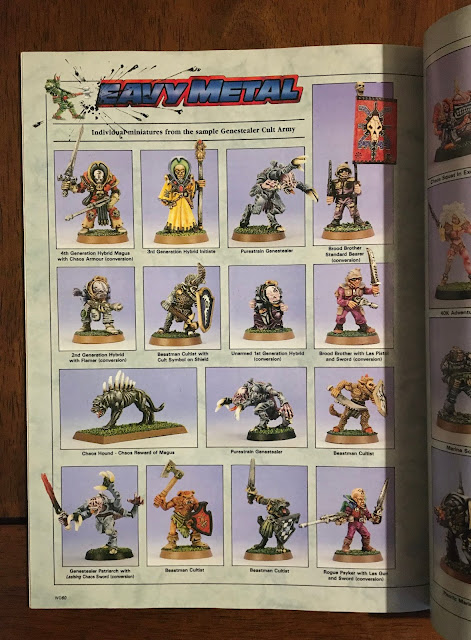 Many of my favourites hark back to these issues. Mutant bombs, cult limos, rogue psykers (Blackstone Fortress rogue psyker, I'm looking at you) and cult beastmen. It also cemented the Imperial Guard plastic kit as the ideal brood brother base model. I have managed to see these models in the flesh since, and now I love them all the more. Little did I know that years later my most fervent hobby prayers would be answered and we were showered in cult kits. 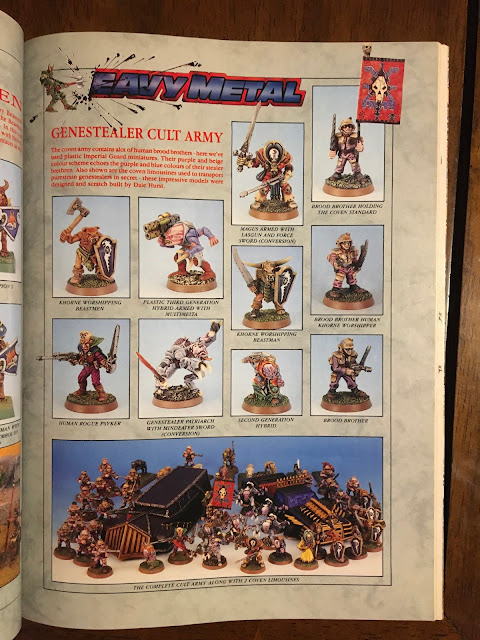 I gathered up the parts for the Hierarch (he'd be a Primus these days) and set them by. Fairly recently I finished up my pirate crew (for now) and wanted a new palette cleanser. So I began work on Khrovak Starn, Hierarch and disciple of Khorne.

Khrovak is based on a Khorne champion with a scattering of cult parts and a Legion of the Damned bolter. His sword is from the Wrathmongers/Skullreapers kit. An insanely useful kit for Khorne fans. He only needed some minor greenstuff work.

Much of the colour palette was already set, but the on the armour I wanted to try something new. A while back I used contrast paints to paint the black iron armour on my wights and wondered if I could do something similar here. I painted the armour in Chainmail and then gave it a 1:1 Contrast Medium:Flesh Tearers Red. I settled nicely while still allowing the sheen of the metallic through. I edge highlighted it with Stormhost Silver, recess washed it here and there with Agrax Earthshade with a wee bit of Druchii Violet, and that was it. I'm very happy with it and I'll be using it on any future rage-based armour schemes. 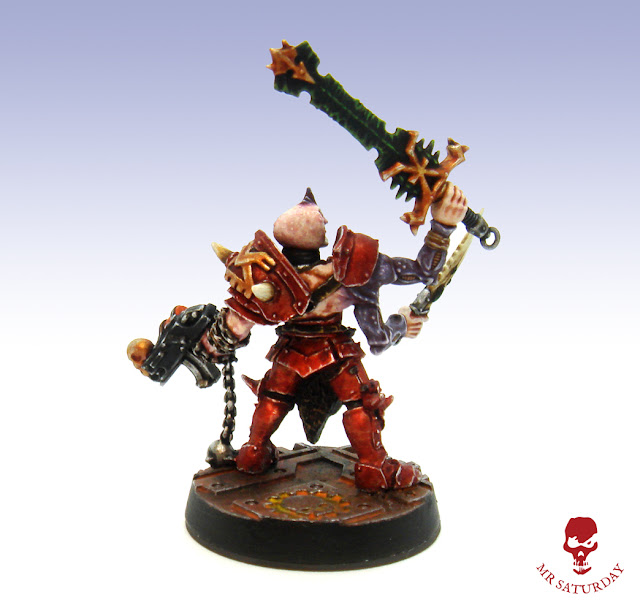 The black daemon sword is highlighted with various greens and then glazed with Waywatcher Green. I think it sets off nicely against the red armour and also matches the rest of the cult who tend to have green gun casings and power packs on their backs.

The other thing I had to settle on a colour scheme for was the wee bone dagger. This might seem simple as its well, bone, but I'm thinking ahead to Acolyte and Tyranid Warrior boneswords. I added the black 'jewels' with green highlight to give it a weird slightly icky organic look and I think it worked.

So now I think adding a possessed Magus and maybe a unit of beastmen would give me enough to add to my normal cult to field a coven. My mindslaves can double nicely as mutants too. 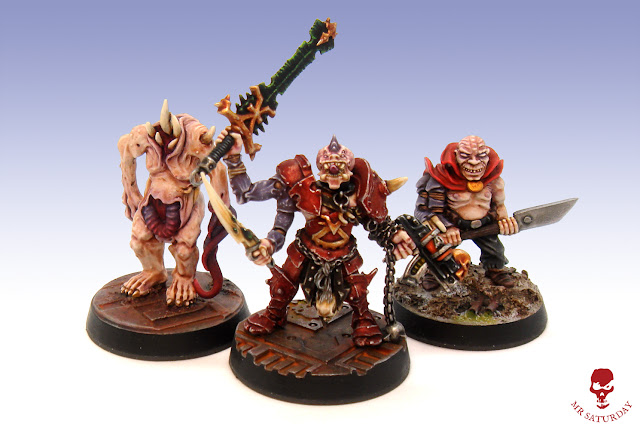