eBay is filled with a wondrous myriad of objects to sell and buy, so no surprise it is a great place to find deals on Warhammer miniatures. Since everyone is able to set their own prices for whatever they want to sell, you often get online shops or individuals who have no idea the value of what they are selling. As someone who often buying and selling Warhammer models on eBay, I come across quite a few completely clueless sellers.

I get it people are looking for some extra money in these uncertain times, but the insanity of these following army lots is breathtaking.

Let us ease are way with something I often seen from many Ebay Warhammer 40k lots; priding your hard conversion work over the sensibilities of the rest of the human race… 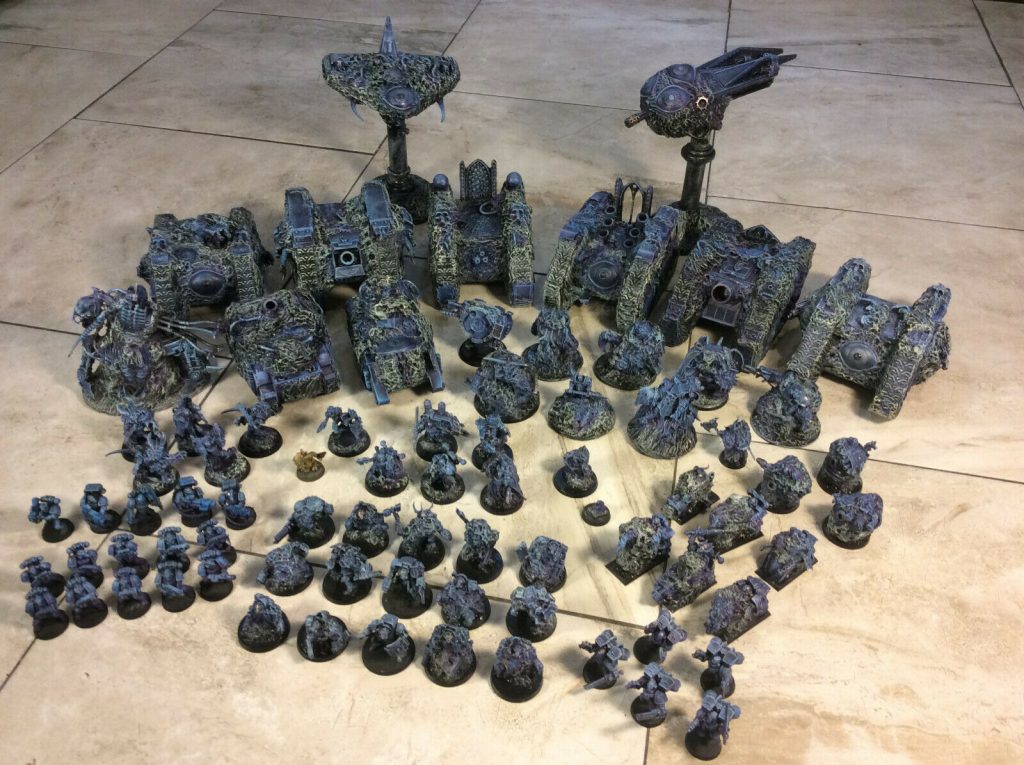 At first glance you might say, wow look at how cohesive and kinda cool that army looks, but on closer inspection on this HUGE Nurgle Death Guard Chaos Space Marine Army for Warhammer 40,000 40k . You will notice the mounds of whatever, the seller calls “tons of glue, thermoplastics, bits and epoxy”.

The vehicles look OK, but if you take a look most of the other models you will see exactly what is really going on with this auction. This is about the seller buying a few kits and bits here and there to stretch them over a ton of models, especially for what he is calling “Hellbrutes”. This is budged work intended to look fancy and cool, but is more or less blobs of blue-grey; a wysiwyg nightmare waiting to happen. If you love it enough though you can get this for the outrageous price of $449.00 + $40.00, which is down from an initial $600 asking price.

Now while you might quibble with me about the first one over ascetics, the next one is a case of leading with the worse possible picture to showcase what you are trying to get away… 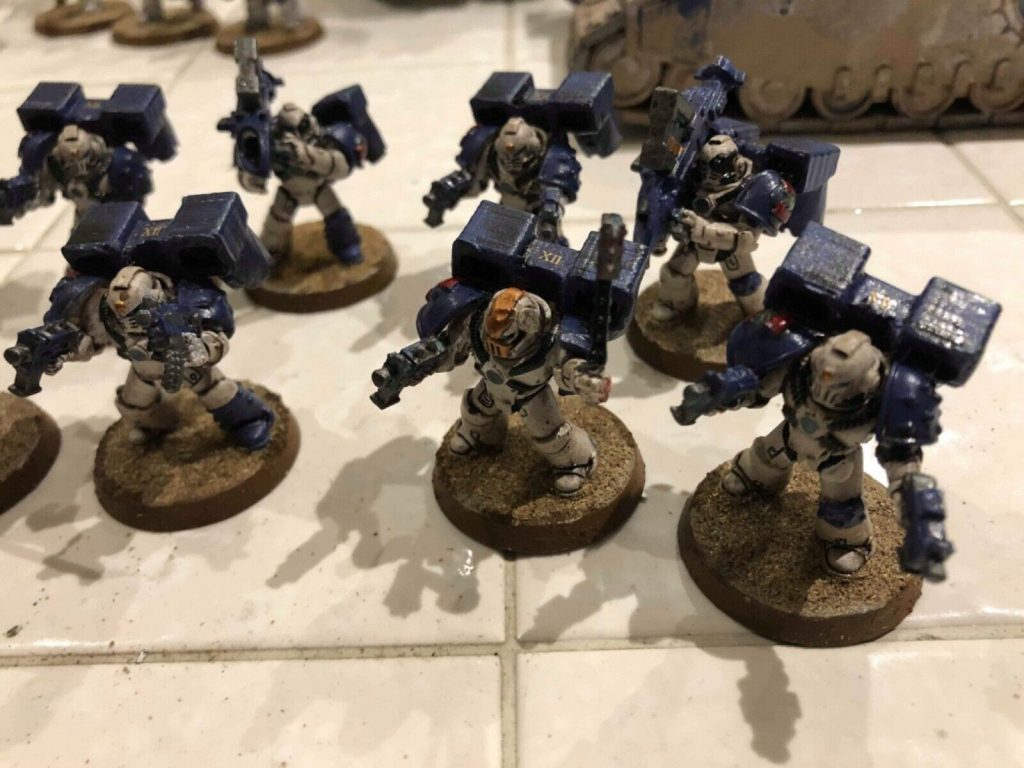 Now if you actually go through and look at the auction, you will see, where the value is, with a broken Sicaran, Xiphon, and Leviathan, which if legit and brand new would get you close to the starting asking price of $500 + $60 shipping. Unfortunately, with terrible conversions and kiddo paint jobs, made all the worse by the cardboard “3D” printed Stormlord.

Ok, now we are moving into the real how dare they charge that amount phase of this post… 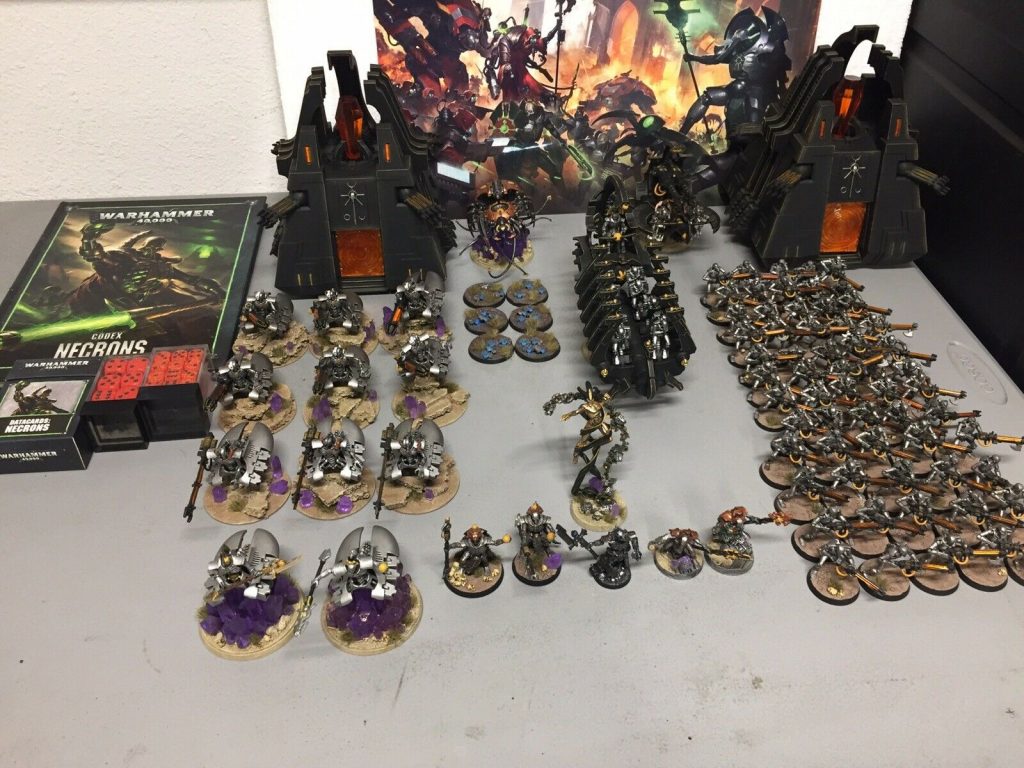 Not bad, this is typical average Necron lot that you see any given day on Ebay. Sane people usually try to get a max of around $200-250 for such a haul. The paint jobs is that bad and if you are into purple crystals we get plenty of those! So, you might have heard my mouth drop when I saw the actually asking price of this army…

I really don’t have to say anymore, at least they have free shipping!

Then finally we have this last auction I want to share with you. It takes a real mad scientist to be so far in their own value proposition head to think ANYONE would want this auction at his price. 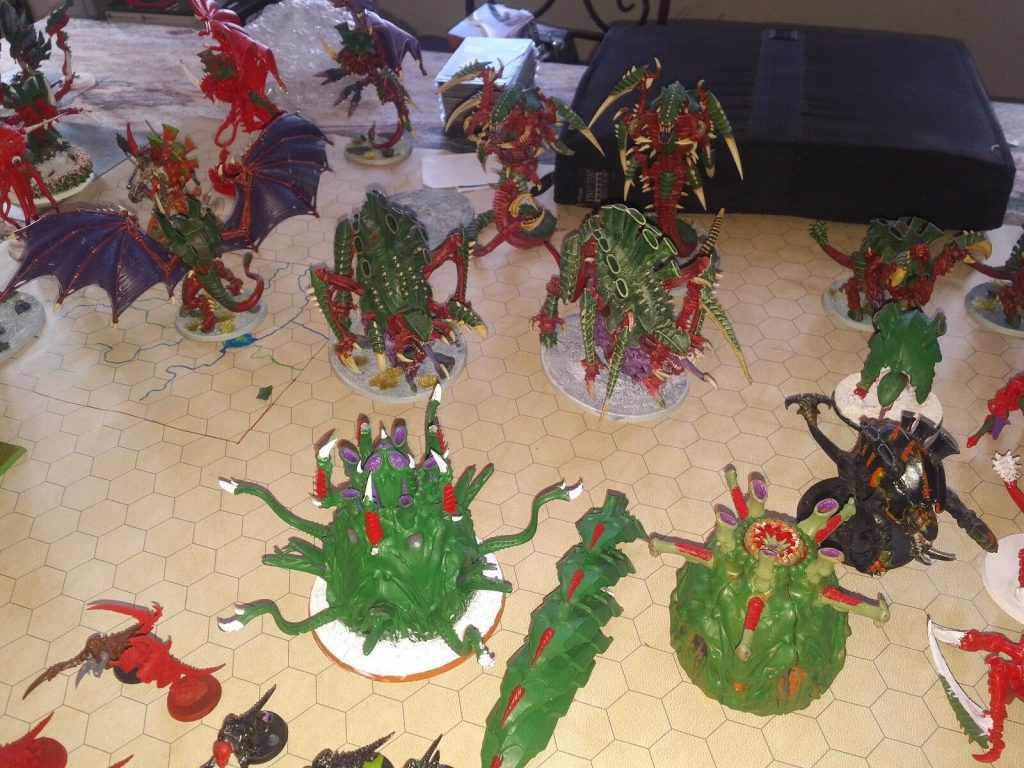 I am not exactly sure what playmates green color that is he happen use on these poor Tyranids, but really lord have mercy on the asking price he has in store for you!

To make matters even worse, we got a mostly baby shit green showcase in video form with these two YouTube videos from back in 2017 when I imagine he tried to sell off them in the first time.

There’s many more where these come from, but I rather find actual real deals or some semblance of real value, in the meantime.