Watching stocks over the short-term is often an experiment in futility; on April 2nd 2020 we looked back at the state of Games Workshop’s stock and financial health, and today we do the same…

Now that the Western World is getting use to the Coronavirus pandemic; stock markets can never dwell on the past and look to any good tea leaves for the future. The problem though is April saw a near death experience for United Kingdom’s prime minister and the two biggest GW markets (American, Britain) leading lists for most infected. Still the end of April saw things starting to open again, at least for products sitting in warehouses for the last few months.

How will any of this effect things going forward we will have to see, but for now let us look at how Games Workshop’s stock dealt with the month of April 2020. 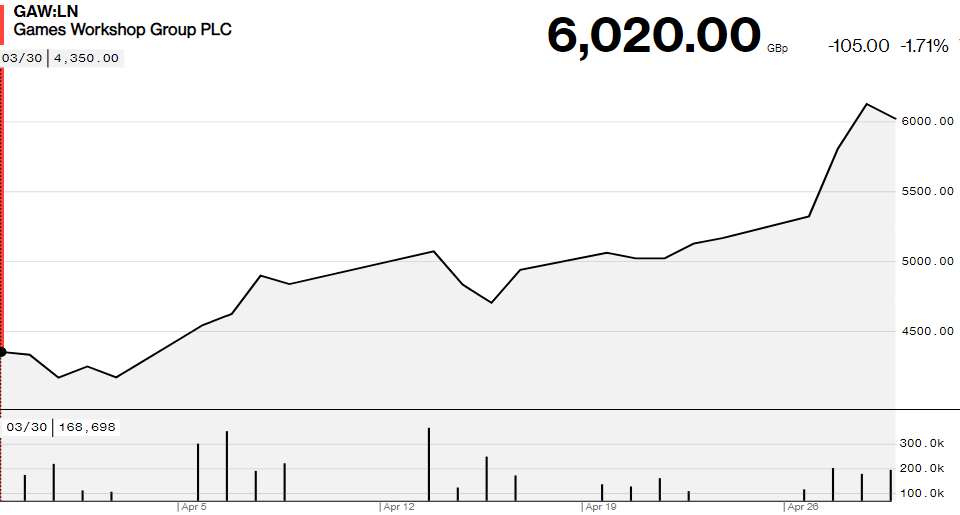 Like most global stocks in April, Games Workshop came back from the dead to be up, gaining 1500 from the March devastation.

Lets put that into the perspective for the year, so far. 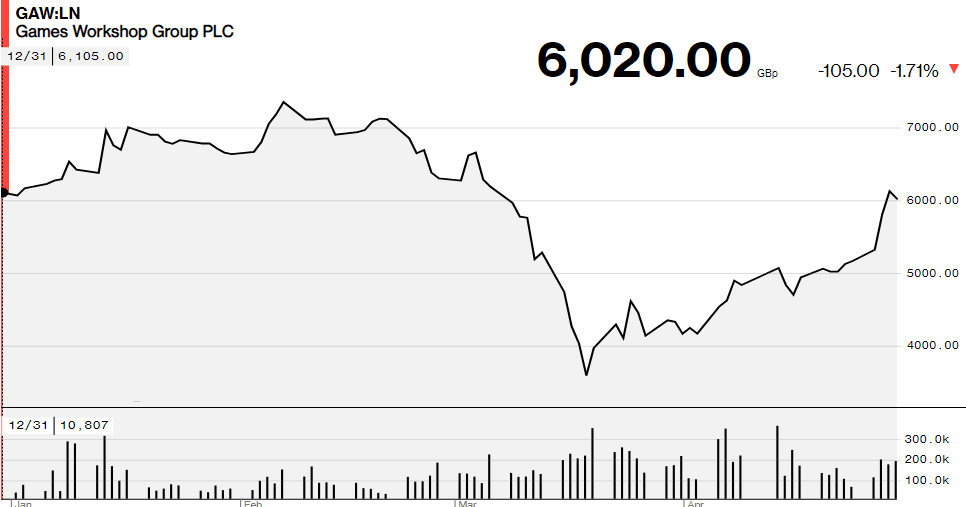 Of course the stock is still off the super highs of February, but the stock recovery so far has been fantastic, being only a few percentage behind the start of the year. Games Workshop that can only keep this going if shops open up, especially Independent Retailers which unfortunately will be the last to get clearance with the quarantines.

Games Workshop released a bit of investor news with the big news coming from a Trading update where the CEO Kevin Roundtree gave an oddly rosy picture going forward, along with news they had to get 25 million pounds to cover expected cash flow issues coming up.