One of the largest Warhammer 40k events held in North America just finished, the Bay Area Open. By design the BAO size was trimmed down, due to cramped and hot conditions in 2016. Game Kastle in Mountain View, California, was once again the site of the BAO and with the extra room made for better gaming experience.

As for the results if you haven’t been following, Conscripts become the new boogieman thanks to the Flyer nerf from GW last week, with the top three lists using them. Many BAO experiences lacked any equilibrium, with games either not finishing on time or being decided quickly by the end of the 1st turn. This made the first day not very exciting, also it meant even with progressive missions the outcomes didn’t change much.

On Day 2 though things seemed a little brighter as many more games had some sense of competitive balance. Perhaps the unfolding story of 8th edition, is once you get through a few rock, paper, scissors matches Swiss pairings will eventually even things out.

If you want more analyst just watch the videos below.

There you go the last major Tournament before the Warhammer 40k completely shifts with release of codexes at an unprecedented rate.

Finally, here is a link to some pictures taken at the event! 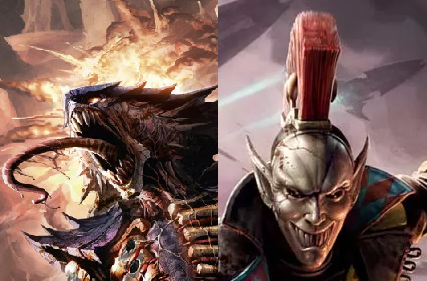 Top army lists from the 8 large ITC Warhammer 40k Tournaments from the past weekend, and 5th weekend since the new Balance Sheet.

END_OF_DOCUMENT_TOKEN_TO_BE_REPLACED

Top army lists from the 8 large ITC Warhammer 40k Tournaments from the past weekend, and 5th weekend since the new Balance Sheet.

END_OF_DOCUMENT_TOKEN_TO_BE_REPLACED

Top army lists from the 4 large ITC Warhammer 40k Tournaments from the past weekend, and 3rd weekend since the new Balance Sheet.

END_OF_DOCUMENT_TOKEN_TO_BE_REPLACED

ITC Tournaments for Warhammer 40k results, showcasing the Top 3 army lists from the largest events for April 2022 for 9th edition.