Honoring A 40k Champion: Jumping Back In Head First

I know it feels like forever, but last year I had taken upon myself to play my deceased friend Geoff “InControl” Robinson’s Tyranids on the tabletop competitively.

I was able to get a few events in before my area was put into lockdown, now fast forward today and it is “officially safe” to go out and play Warhammer 40k against complete strangers in the state of California. I personally took the lockdowns and the virus seriously, which left me like many around the world without many Warhammer 40k games played. Thankfully, I had a cadre of friends who when we had breaks between spikes, were able to play some 40k.  Still playing with a few friends doesn’t prepare you for playing in a Warhammer 40k Touarment, but this weekend will when this all changes and I go to my 1st Warhammer 40k ITC Tournament of 2021.

What will make this a bit jarring and intense though is I won’t be playing in some local RTT, but instead in an actual Major ITC event, which means more than 50 players! This particular event is called Hammerhead 40k Major. I will be thrown right into the deep end when it comes to Tournaments, having to play six games within 48 hours! On top of that, I have not played in a two day event in I want to say more than five years: as I mostly cover larger events instead of playing in them. Now as an old man, this also means I better have enough stamina to endure this amount of Warhammer 40k.

So to that end, I will do my best to channel some inner Geoff and stay focused, minus the Geoff flop sweats though. Now on to the actual list I will be taking…

The list above is an attempt to be marginally competitive, while at the same time showcasing some of the cool models Geoff had in his collection that he never really got to play, but always wanted to.

Tyranids have changed a bunch since last year, a new edition, awesome new Forgeworld unit rules, and new Chapter Approved secondaries. It was even right before the 9th edition Drukhari landed, Tyranids were actually in a pretty competitive place, thanks to a heavy Space Marine meta and big bugs that easily wreaked them. The list I am bringing is very similar to those lists from a few months ago, but I took out a lot of chaff and replaced it more punch and extra defense. My hope relies on facing a lot of Marine like armies and avoiding new Ad-Mech, which I have no chance against, or Drukhari which isn’t a much chance. Horde armies should give me a bit of trouble as well, but my list is designed to easily grab a ton of secondary points, it will be about denying primary points for my opponent to really have a chance in close games or bad match ups.

I hope to go 3-3 and if I am lucky 4-2. No matter what, having so many Warhammer 40k games in such a short time should be great to get the competitive juices pumping and hopefully seeing old 40k friends will make the whole experience worth the effort. I am though just happy to be playing Geoff’s Nids again and getting back to honoring him after what has been a terrible year for much of the world.

Below you will find some pics of the models from the list I am taking this weekend. 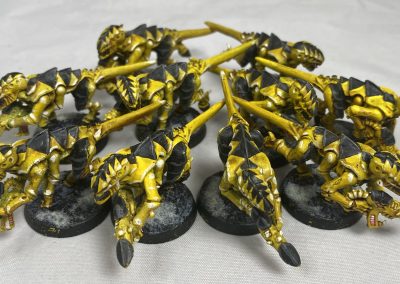 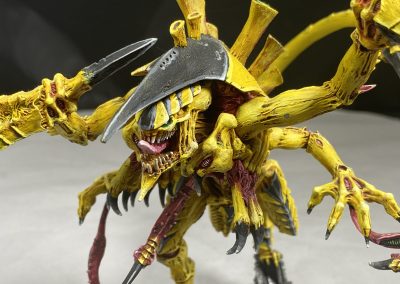 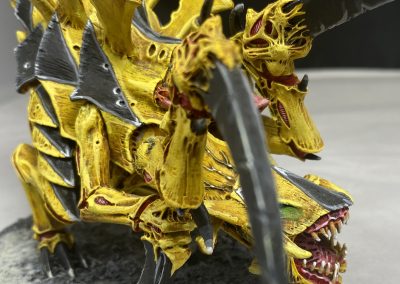 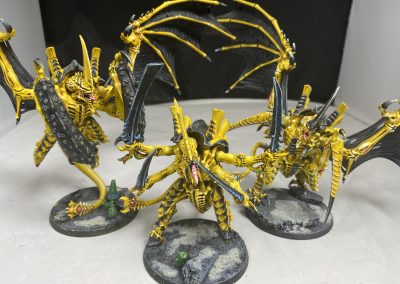 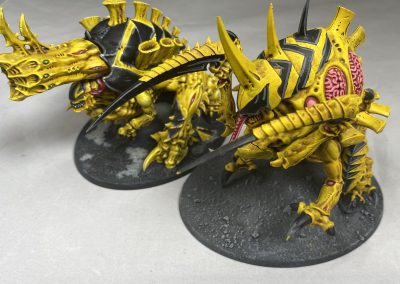 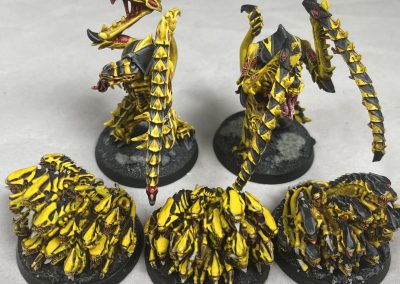 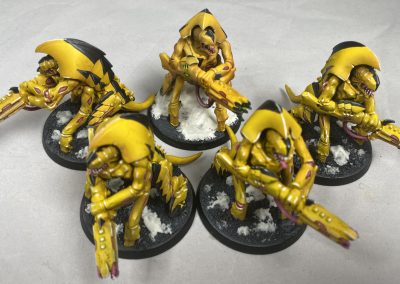