Time to head to lovely Southern California, catch some rays, and roll some dice at the SoCal Open 2022. Which also means  Blood of Kittens will be there covering the event. The SoCal Open 2022 is run by Frontline Gaming, with over 150 players expected this year. SoCal Open this year will have one big change from previous years: now with only 6 rounds and no more. This could mean tensions might be a bit higher; as players will be focused on getting max battle points over just winning games, because of the changes we will have none zero chance to see three 6-0 players.

In addition, SoCal Open 2022 will not be using the new Balanced Dataslate that just dropped, so don’t expect any  dramatic meta shifts. With all that, let us look at the faction breakdown (tentative do to drops) for the event. BUT if you included mixed faction lists the percentages above are not perfect; here is a total faction count, including lists with combined armies.

Overall, the faction numbers are a pretty good spread with seven fractions with 10 lists or more, but half the factions have 4 or less lists. The big question will be if Tyranids and Chaos Daemons beat each other enough, allowing another faction to sneak through like Sisters, Necrons, or Harlequins. Again, having only only six rounds matchups could play a critical role in what faction does or doesn’t perform well.

Here are my picks for players & list combos who should be in running for 1st place.

This event is really Sean Nayden and Marshall Peterson to win or lose. after having lost last year to 1st place Orks, but now Sean is playing Orks himself, in the classic can’t beat them might as well join them? It would also be great to see Orks win this event, even though the rest of the field is stacked against them. As for Marshall he has been on a fantastic run for most of the season being the premier Silent King Necron player for ITC.

As always expect continuous coverage of the SoCal Open 2022 throughout the weekend with pictures, videos, and results! If you can’t get enough of the coverage check out Frontline Gaming Twitch Steam.

Check back periodically October 22nd to 23rd for Continuous Coverage 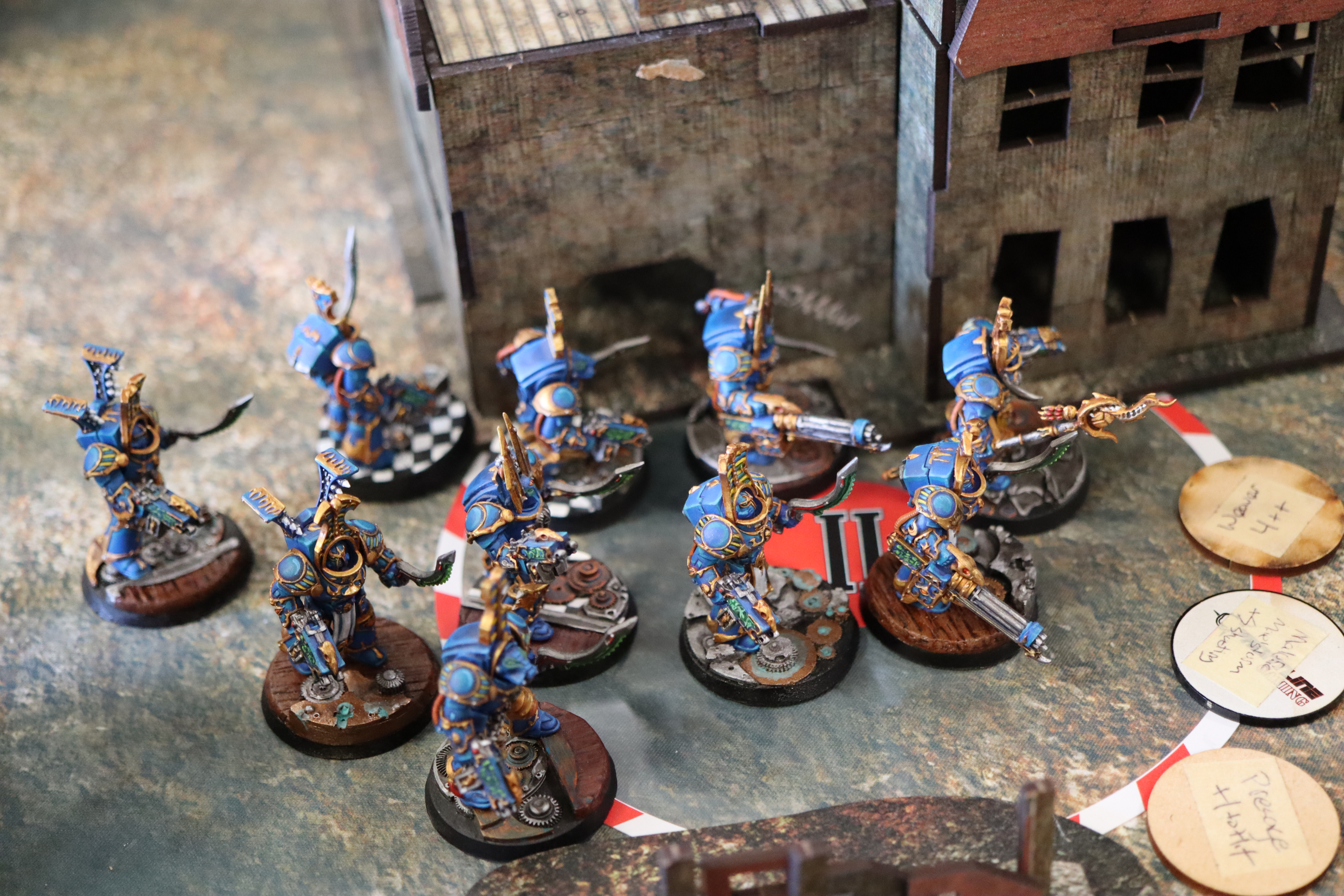 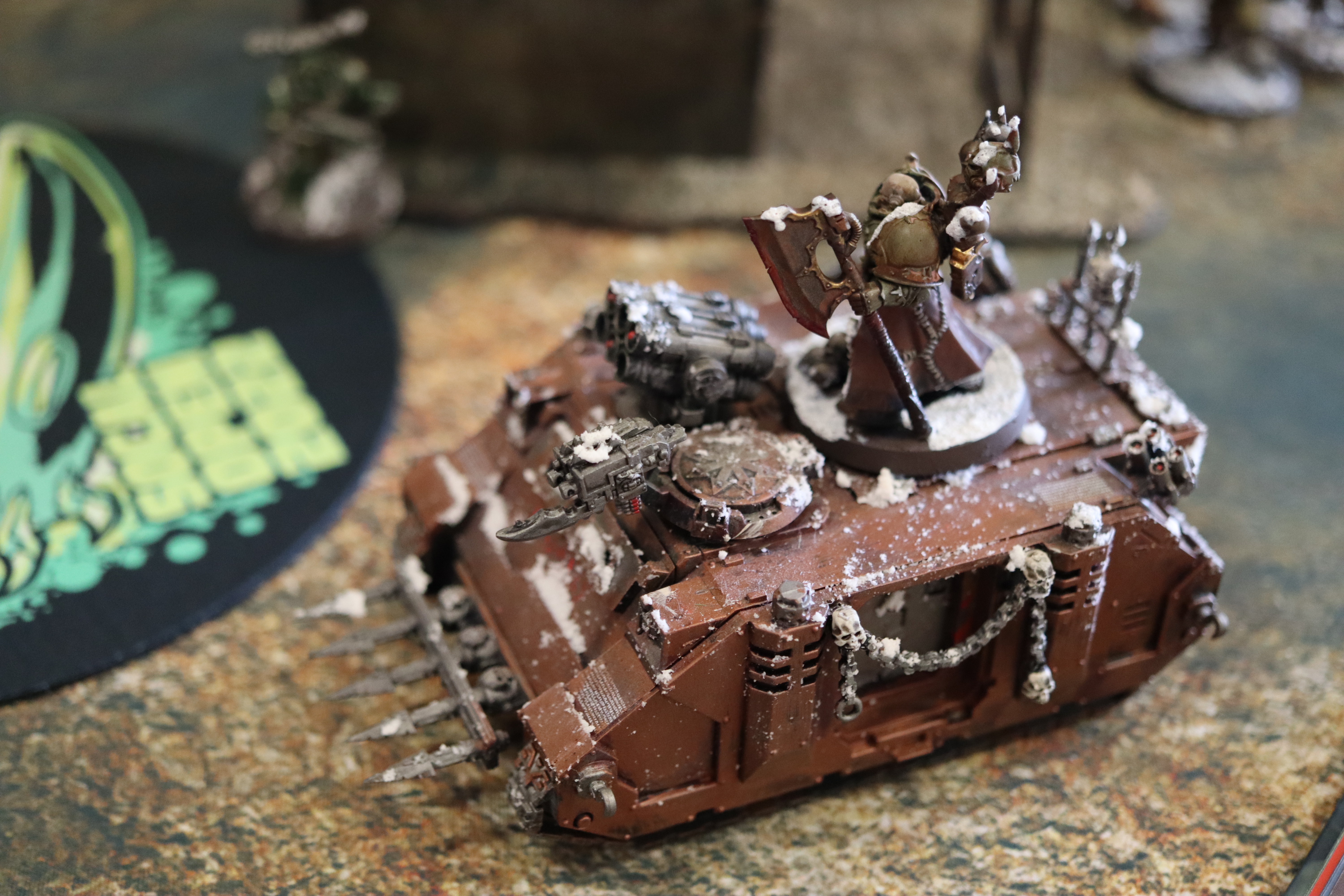 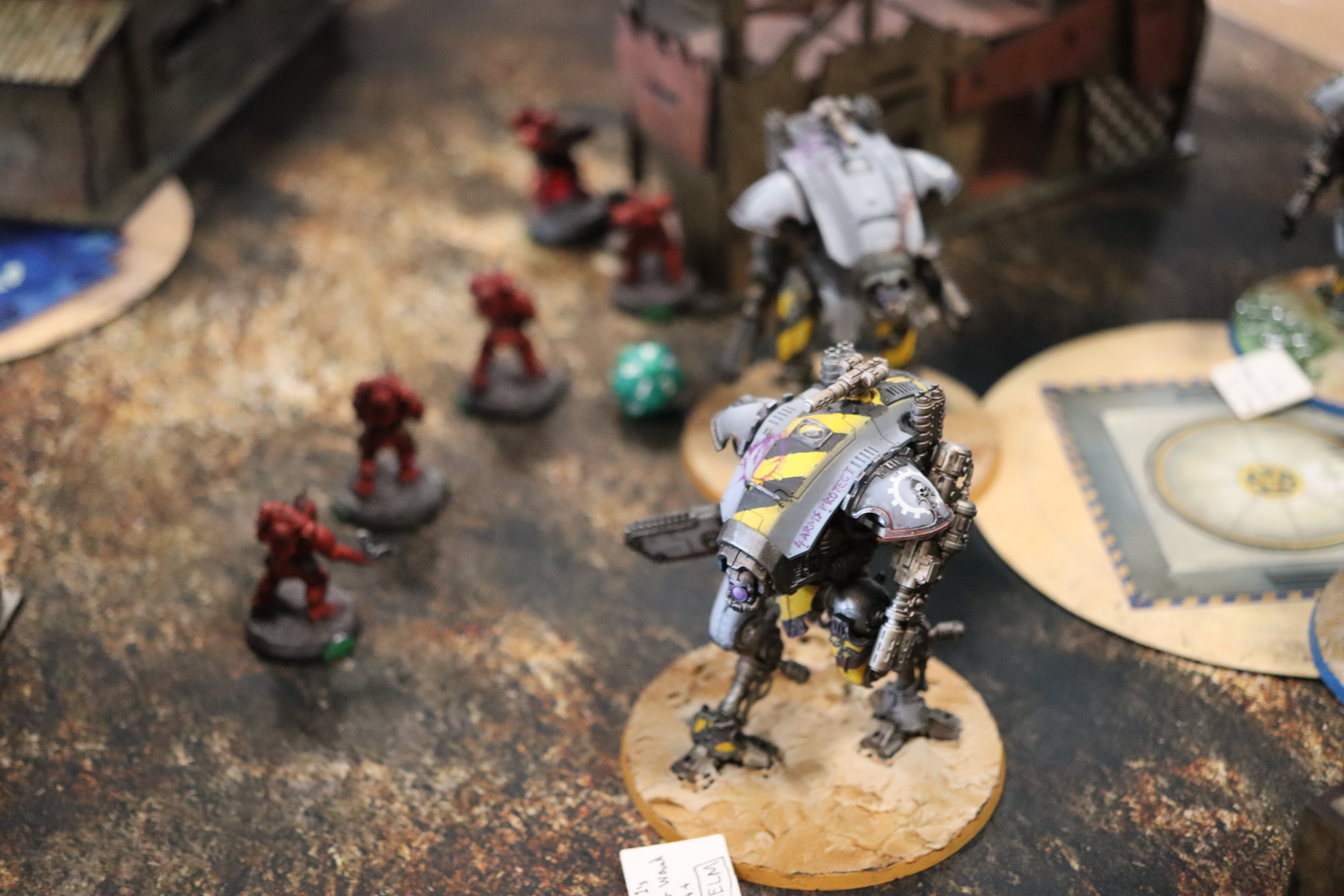 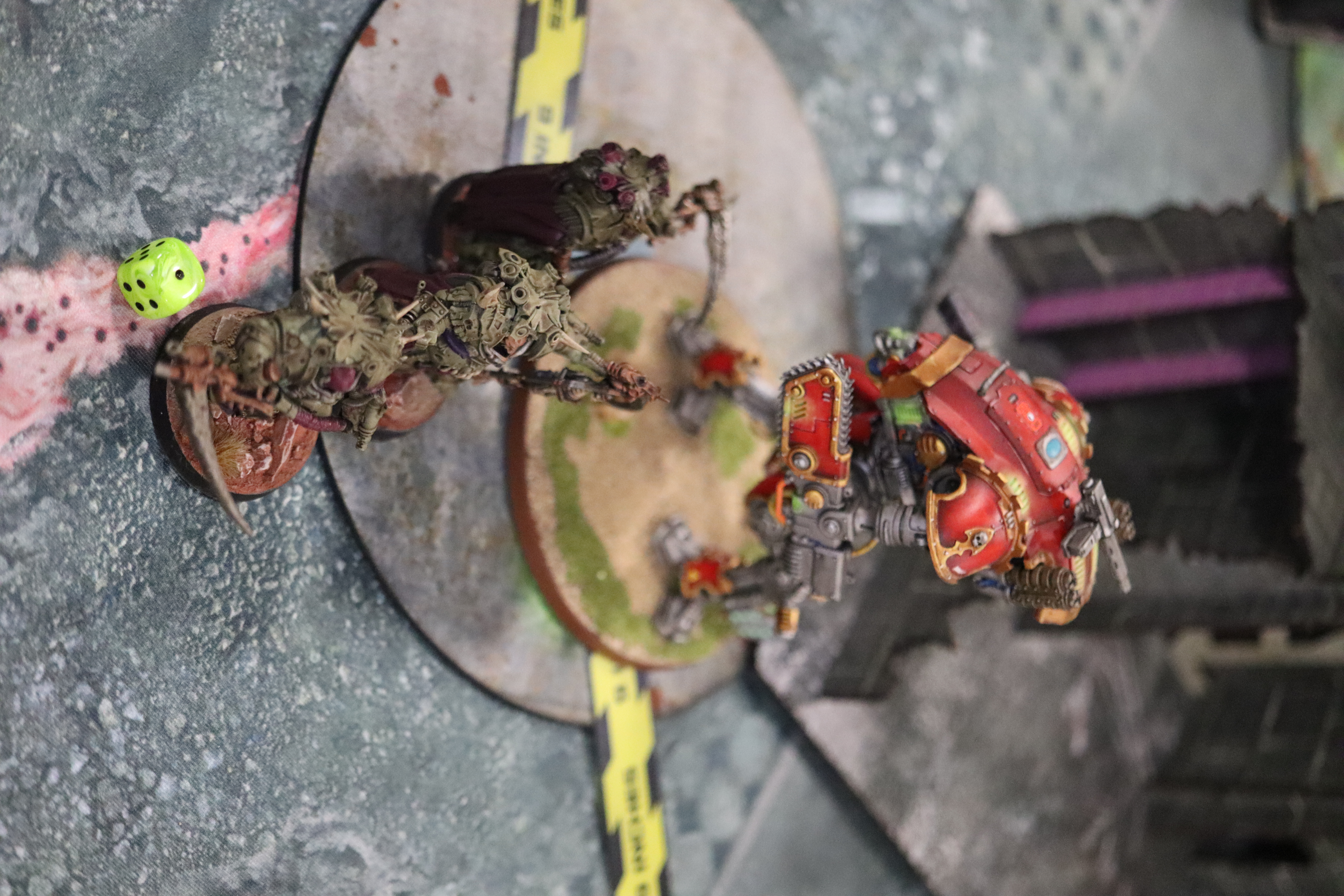 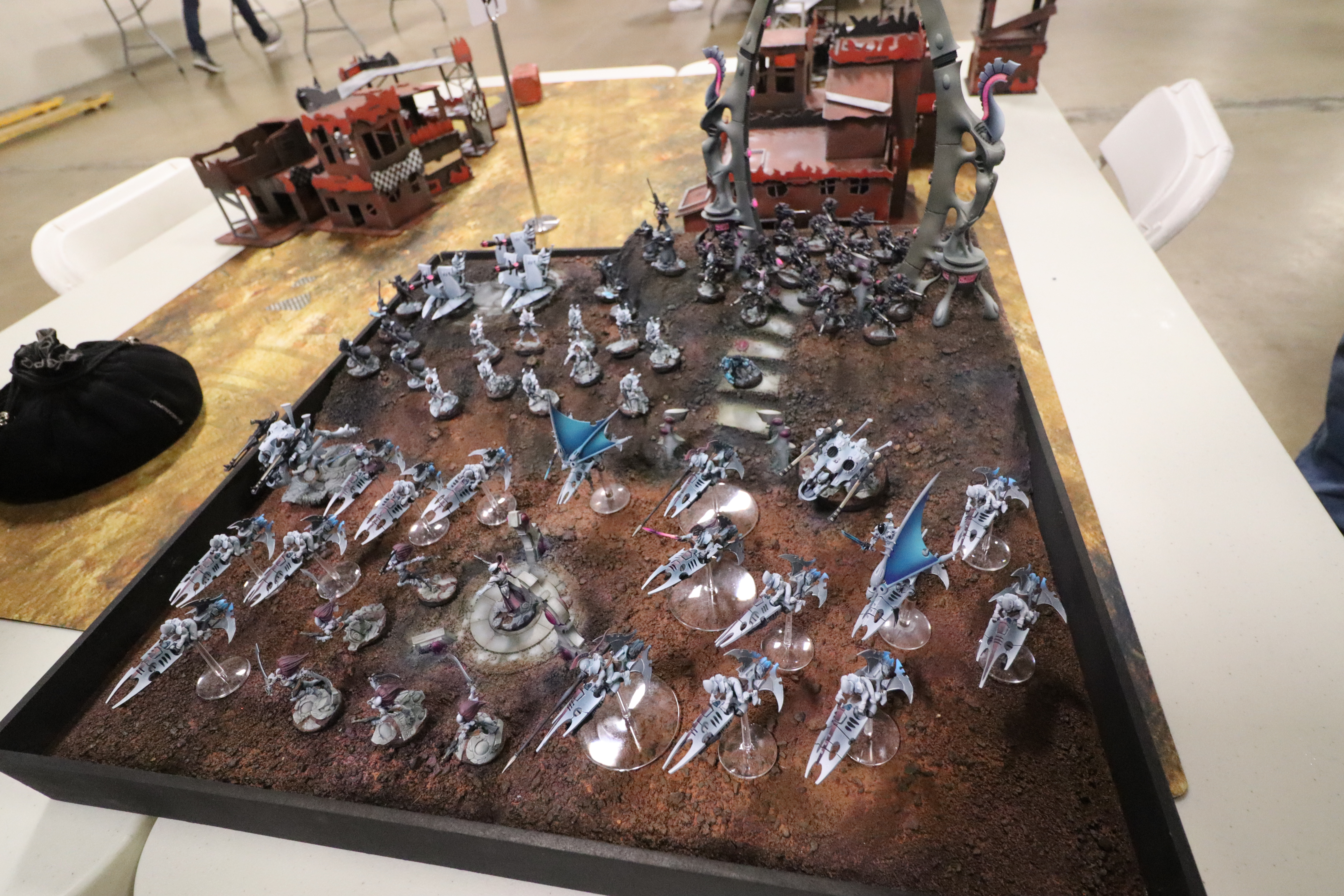 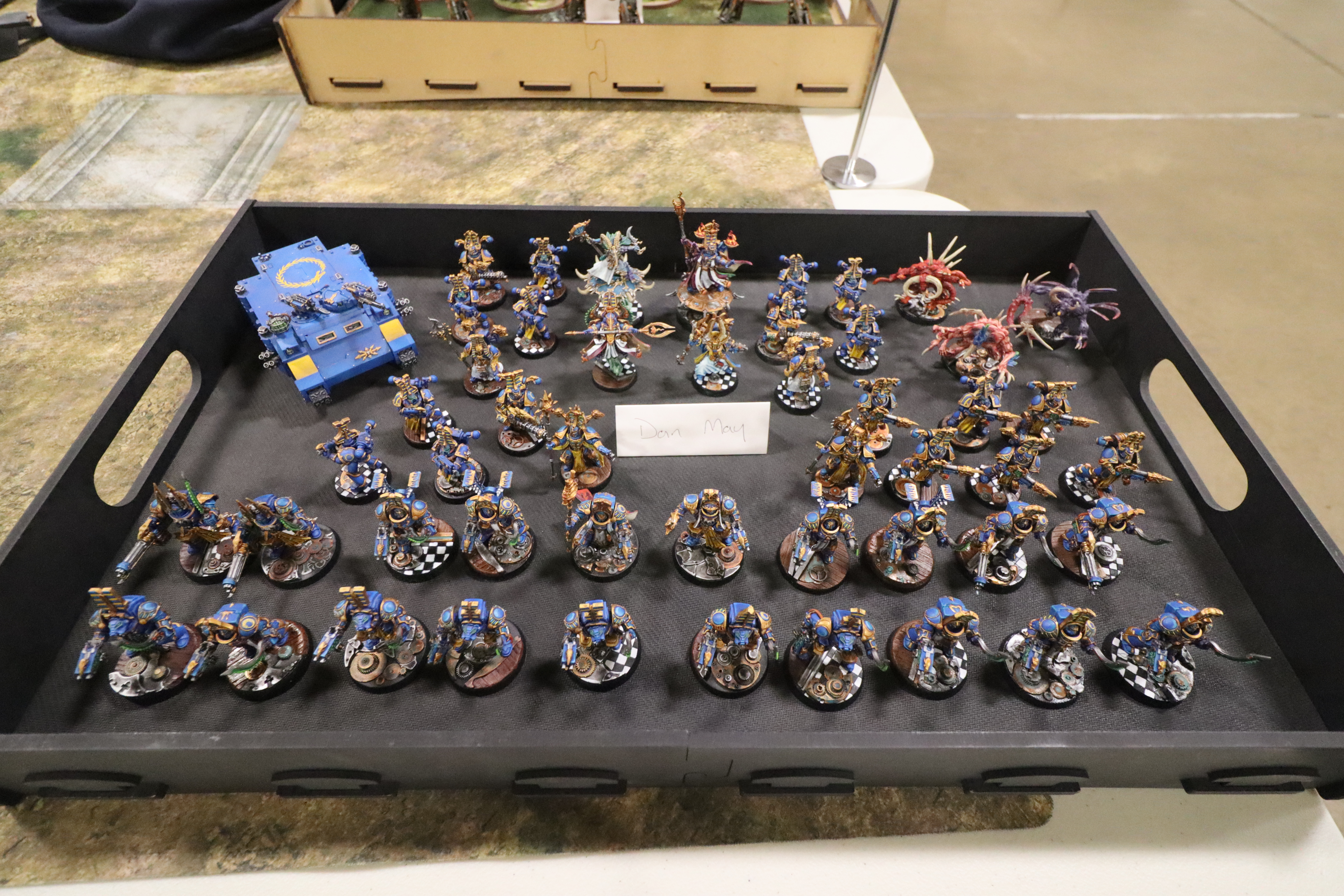 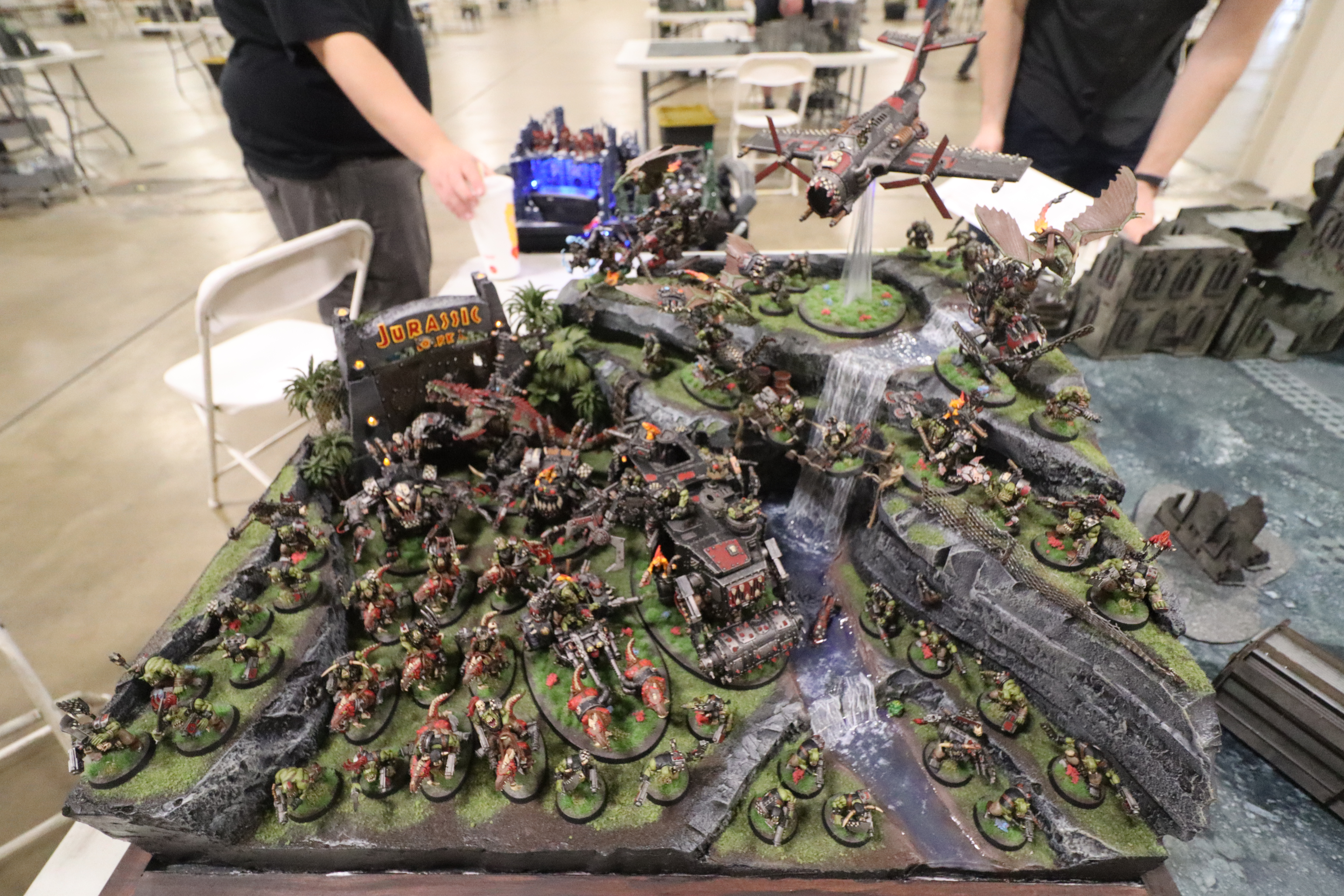 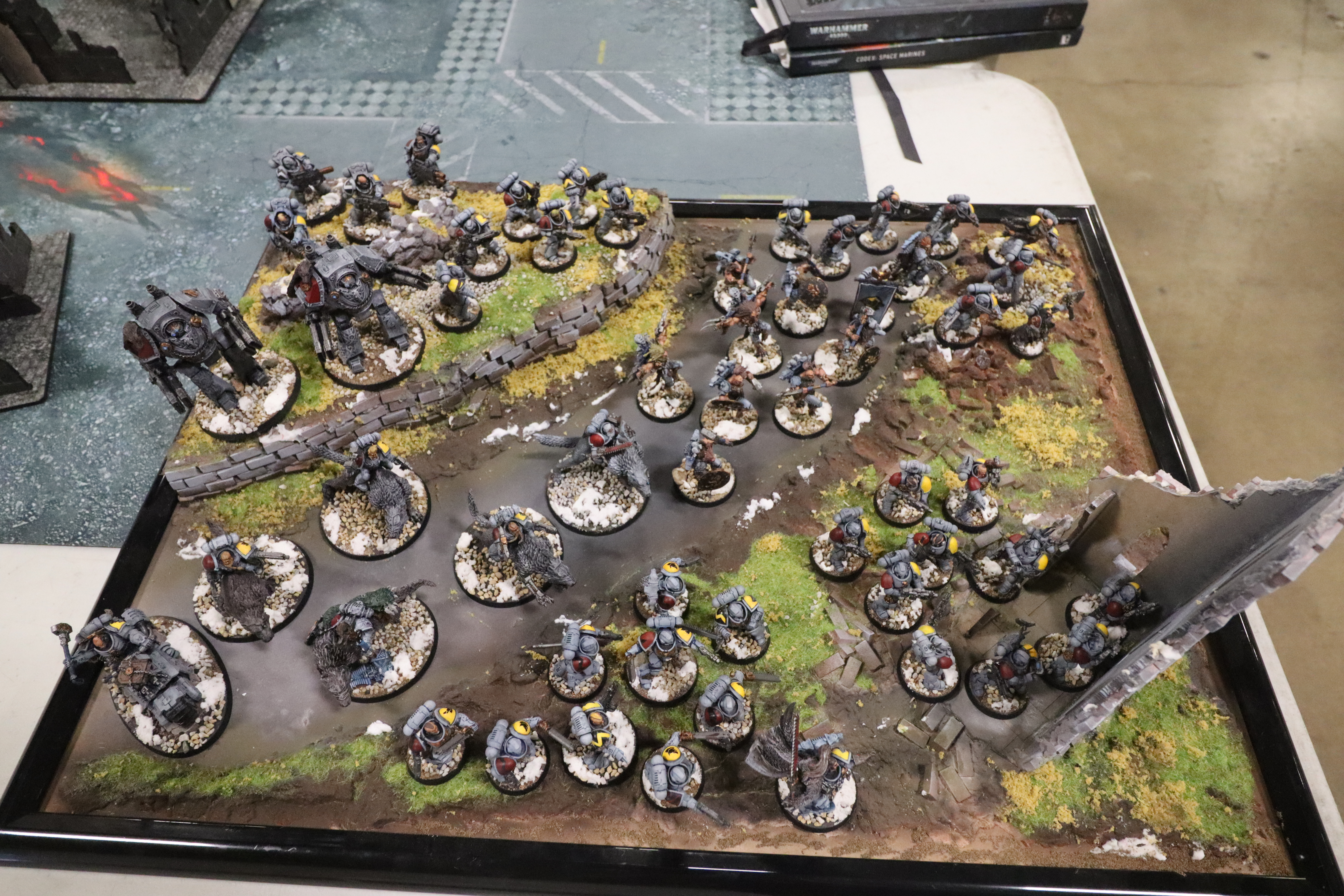 Well we are off with round 1, and from the looks of the match ups we didn’t get any of the contenders paired off against each other, but that won’t stop surprises from happening.

The round is almost over and we have our first big loss with BAO Champion Jesse Sell losing in the first round to Chaos Knights.

Well might as well pull the bandaid off we a round 2 dosy with the two front runners Sean vs. Marshall this might easily determine who will win the entire event in the end, but if both can cause each other not get max points it might really hurt the winners chances down the road.

As it turns out Necrons are just that good with Marshall scoring another 100 points against Sean Nayden who suffered from failing all this turn one Waaagh Charges. As well, the number 1 Genestealer Cult player lost to Harlequins, in a bad match up.

Tyranids and Aeldari are unsurprisingly doing the best at holding the line, against all other foes.

So we had a bit of snafu with pairings as the event was supposed to be a random win/loss pairing, but instead round 2 ended up being straight battle point pairing. Now for Round 3 they went back to random pairings, don’t know if this is really a good or bad thing, but something to think about.

We are down to two of my picks to make it all the way going into round 4.

Here is a faction update on what factions are still undefeated going into Round 4.

I am down to just one of my picks as Marshall lost by 12 points to Emperors Children!

We are down to the final 12 undefeated so it is looking like we are heading to a possible three 6-0 final, so everything will come down to Battle Points!

Here are the factions left!

Ok here we go! The Final 6 Undefeated for Round 6!

My Money is still on Junior as he was the last of my picks from the start of the event!