Hopefully you all survived Christmas intact, and now being rewarded with a sugar rush of Warhammer 40k balance dataslate rumors and leaks hitting all corners of social media. What started as your average rumor mill quickly turned much darker, as it was revealed to everyone exactly who and in what context these Warhammer 40k leaks had been generated.

No matter how many times Games Workshop likes to deny it, rule leaks make their way into the hands of lots of people. Games Workshop design and community outreach employees are in constant contact with many Warhammer 40k influencers, and it isn’t a surprise that some of these influencers are also top players. So when Brad Chester, Brian Horton, Tom Ogden, and Nassim Fouchane had a podcast spilling the beans on new rules, it was par for the course. These kinds of rumors are not the leaked images we typically find, but instead are word of mouth rumors. This makes it much harder to trace, leaving the Games Workshop police a much harder time tracking down the real sources.

This has given a few top players (who also have playtesting pasts)knowledge on where the meta is going and thus plan accordingly. This unfair advantage can be seen, when out of the blue certain players field the best units/combos from a new codex just immediately after release, becoming the equivalent of Warhammer insider traders.

In this particular episode things though went too far, as Thomas Ogden and Brad Chester, two of the top competitive Warhammer 40k players, said too much and made it too public. If the whole podcast crew had just kept everything to themselves business as usual would have continued, and Auspex Tactics would not have much to clickbait us with. Thankfully though, Auspex Tactics is around because you will be surprised to know the original podcast in question is nowhere to be found. The reason for this is both cringe and interesting.

Games Workshop doesn’t have a problem with someone like Auspex Tactics who reports on news from other news, but they certainly had a problem with this podcast. You see Games Workshop has officially joined the good old boy network, by leveraging access to anyone in the Warhammer 40k social media and competitive sphere. This by extension locks those who want to know things in advance into Games Workshop’s little ecosystem, feeding the nerd need to always feel like the most special pretty butterfly. This is all fine and dandy until you come across people who at any moment can blow up the system either maliciously or with an adderall infected level of stupidity.

It so happens stupidity won the day this time. In what we can assume was a drunken fog, the Death or Glory crew went on a rampage of witlessness to make baby Jesus cry. Beyond the rumors, we got a smorgasbord of admissions to drug abuse mixed with alcoholism within the Warhammer 40k competitive scene, along with rape fantasies and jokes. It really was the rape jokes that made this all the more disgusting; like rape jokes haven’t been funny since Daniel Tosh was a thing, and it was the rape stuff that gave the powers with any strings to pull the green light to bring the hammer down.

In the case of Brad Chester for instance his position with the Warhammer 40k coaching and drinking service Art of War has been terminated in this following statement. 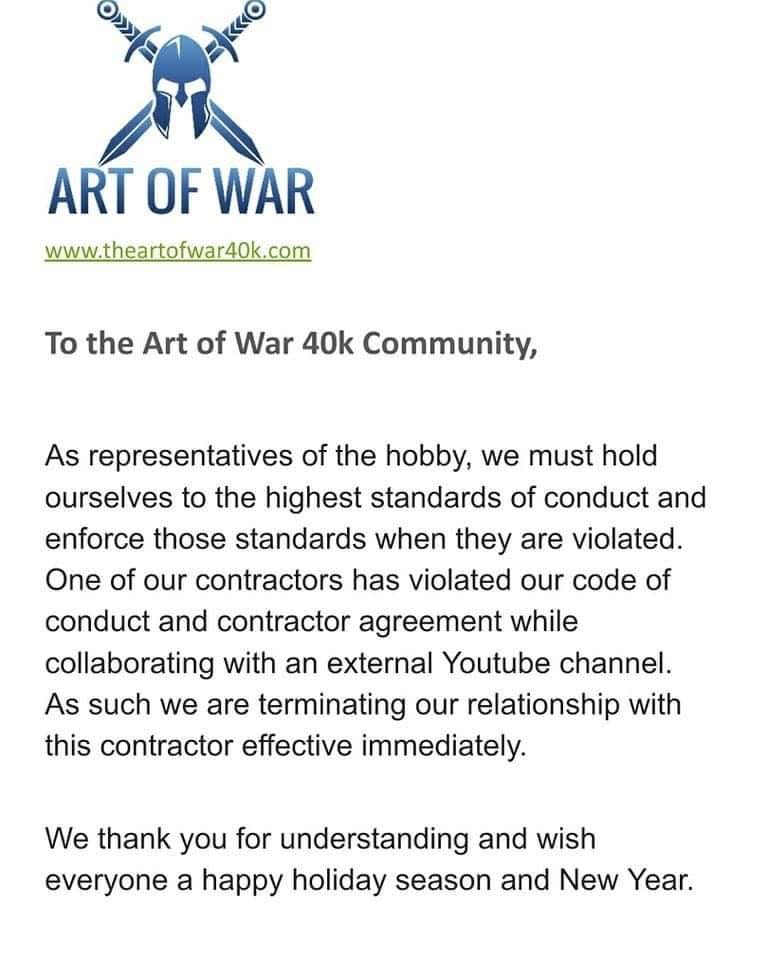 The extra cold burn of this vaguebooking, was topped off by the Art of War scrubbing Brad’s very existence at the same time… 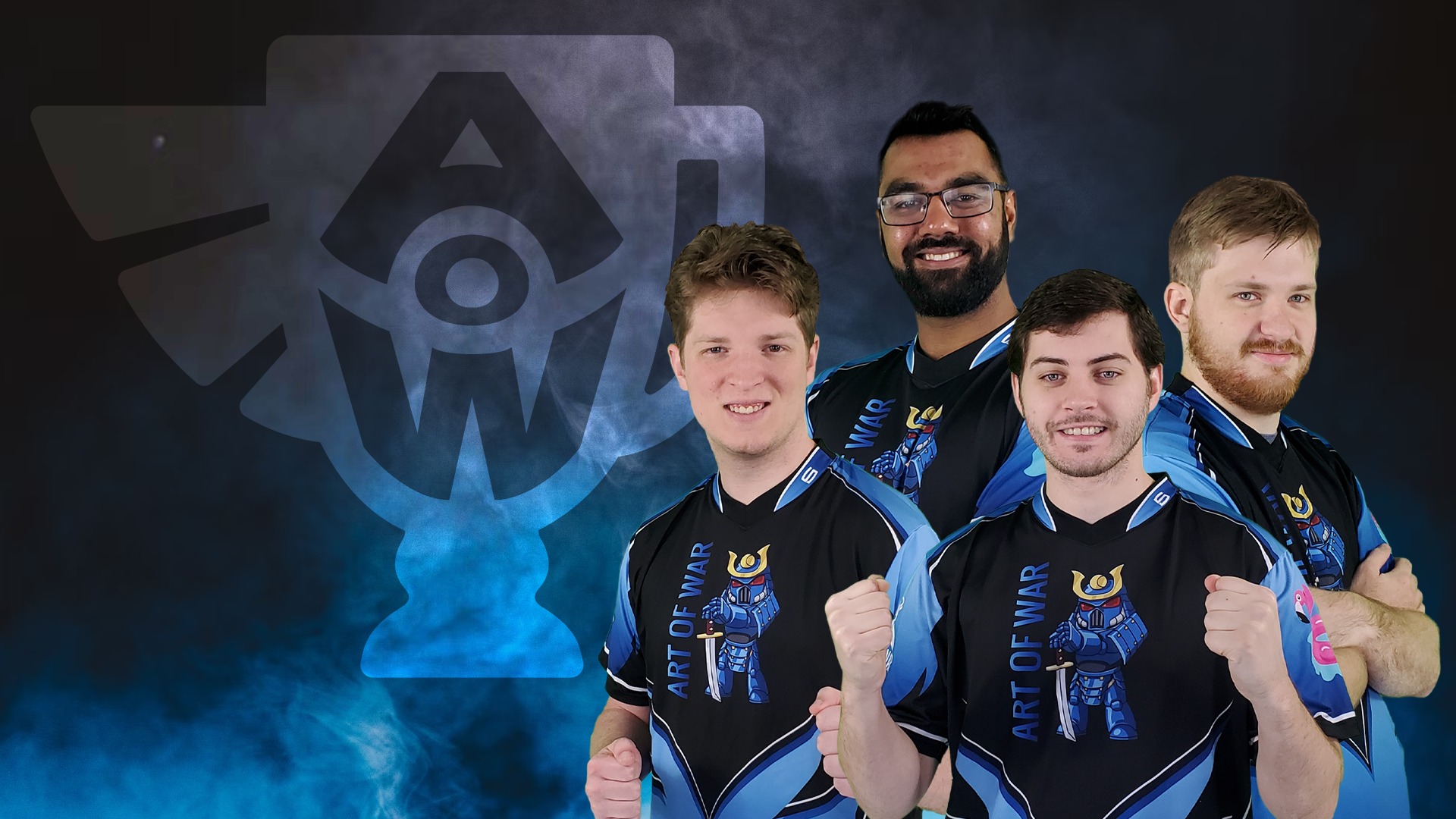 By the way, very good photoshopping. Still, without Brad I feel like I am looking at a team ready for the Microsoft Excel Olympics and not competitive Warhammer 40k. How could I forget too, Brad Chester is also the “current” Team America ETC Captain, I have a feeling that position will have an opening soon.

Also one of the podcast crew was a judge for Frontline Gaming who showed him the door immediately. The whole Brock Turner fan club won’t be getting any new leaks or rumors anytime soon either from Games Workshop. We can expect some better internal policing by Games Workshop going forward on who and who doesn’t deserve certain access. We will never know how much of the actually consequences was because of rape and drug jokes or if it was leaks. Rape jokes does make it super easy for Games Workshop design or global event team, or anyone else remotely involved to cut bait with these guys.

Everyone involved should be in pariah town for at least some time. Sadly, we will eventually get the apology tour and some influencer with a mic will decide his sub count is just too low and a need to suckle at the teet of White Knighting to get clicks. Let this be lesson though, whatever stays in Warhammer 40k good old boy circuit stays there unless of course rape is involved.