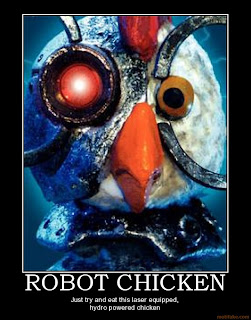 Hello and welcome to this weeks rant.

I would have posted this mid week but My new ‘task for avoiding painting’ took over. So no painting and a late Retro, but some rather spanky warlock conversions have been completed…….

Normally I would climb onto the fluffmobile and tear em a new one , however the war walker fluff is largely ok.

In-fact war walkers are not currently a bad choice I find little to complain about in the stats. The only thing that might be nice is to give em stealth (fields),that would be nice and tie them closer to the fluff.

War walkers suffer from two problems that are in-fact flaws with the book design, One, Eldar heavy weps are shit for their price and need a big time overhaul and two, everything seems to have been built and costed with the assumption it will have access to guide /fortune/doom all the time (AAAARGH). I am going to struggle to really criticize the walkers very much as they are one of the better remaining choices in the book, bear in mind though that at the competitive level walkers are more often than not nudged out by prisms and falcons, so I guess that highlights another failing in that they should really be available in fast attack. I’m not convinced they should be in HS at all ……

Ok into the meaty goodness. Warwalkers are cheap @ 30 points and pay ok prices for the majority of the TWO heavy weps they can mount. I often find in some lists you can fill up spare points with maybe a pair of twin Scannon Walker, 80 points for two bringing 12 str6 shots makes it hard to argue with the cost effectiveness.


Ninety nine percent of the time you will equip your walkers to fill a specific ranged support niche and just double up the weapon that best fits that role. I prefer to have two of any one given weapon on a walker so Im going to discuss the weps here assuming you are using a pair of the same.

Shuriken cannons: These are pure win , not because shuriken cannons are particularly good but because they are filthy cheap for what you get, 6 str 6 shots for 40 points is nice , a unit of these provides cheap torrent and of course benefits from the mandatory doom/guide combo, they can threaten light armour or as they are so cheap , send em outflanking and pour str6 into somethings side/rear armour (preds/chims)
this can really mess with your opponents plans, having them running around in his backfield can take heat of your tanks  as he is likely to prioritize killing them, One of the few things thats spammable in the book if you bought the full nine allowed you would have 54 str 6 shots for 360 points !!!

Scatter lasers: At large these seem to be the firm favorite for an extra 10 points (each) a scatter laser brings an extra shot over the Scannons and a range boost , personally I dont find them to be worth fully 20 points a model more than the above setup but it is very good , 24 str6 shots @ 36″ is good and the additional shots make them a little more reliable on armour, the extra range when utilised correctly can make the Walkers more survivable and obviously AGAIN guide/doom are great if you have casts going spare or you really want to hose the living shit out of something. 180 points for 3 is still cost effective.

Starcannon: Gw Gimped the living shit out of this and also saw fit to over price it. Now, apart from the extra range it is just an inferior plasma gun ,The lack of shots coupled with the lower Bs on the walkers  and the retarded cost ,generally makes this a bad choice, though I suppose if you are playing Nids and BA alot and are happy to babysit the unit with a guide/doom seer, 3 walkers tooled out with these might just prove entertaining for you …… @ 240 points for three I would suggest leaving them well alone until someone at GW realizes Eldar energy/plasma/Fusion weps are supposed to represent that given technology perfected.

EML: Personally I like this for the flexibility it offers @ 20 points a pop It just about makes itself useful in some builds , again the farseer babysitter is needed to justify the cost …….
6 guided EML’s is pretty nifty vs the transport spam thats rife these days , good for smashing MC’s and Anything with FNP too, the ability to spam a bunch of str 4 ap 4 templates is also great in terms of flexibility , with doom *sigh* they can generate alot of saves even on meq and should put nice big holes in certain opponents , dont forget multiple pinning tests too ;o)

Shite Lance : For those that even tried this mounded steaming pile of baboon feces ,for the love of god take a drill to your scrotum, its for the good of humanity, really, people are stupid enough without you spawning and adding to the problem…..

So all in all not bad really with most of the weps having some application, to be honest though I run a mech list atm and I’m not convinced they have a place in it, especially as I need more hulls to spam so they always get edged out by 2 prisms. I often wonder what a list built to ‘abuse’ str 6 spam would do .

would move em to fast attack give them stealth/camo/holo or something and fix eldar heavy wep stat/prices, possibly an option for improved accuracy.

Here are some initial thoughts on how I feel Eldar H weps should go, I would drop the prices a little also

Okies next week we have the Wraithlord fun fun fun up, which should prove to be a suitably spittle flecked and bitter ‘review’

between now and then I hope to get some model work done and posted ;o)