Dark Eldar: The ‘Leafsucker’ and musings 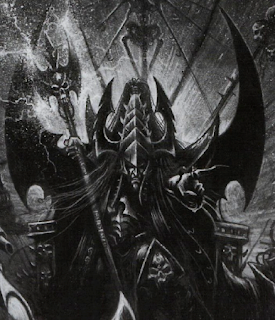 Firstly just to be clear, I built this list based on a conversation over @ 3++ we were joking about Using Vect in viable tourney builds or a ‘Leafsucker’ (thanks Chumbalaya for the lulz) in his Rolls Raep with all the toys including ideas for a Pirate ship theme with Heamo ‘boozemasters’ or Colombian drug cartel theme or South central gangstas at one point Coolio was being played, so yep a total death Derp-star.

The aim being to build the rest of the list in such a fashion that it supported and worked with the giant points anchor as best possible. The ‘Leafsucker challange’ was to be a throwdown to the people of the internet to build a list with Vect and his ride etc and to actually win a reasonably high      profile tourney.

So yeah for my first game I threw some stuff together to just start getting a feel for the army and what works etc so it was very much for a laugh, though I must admit I really really wanted to play with Vect. with the aim of developing a more serious list through progressive trial and playtesting so I look on this as a starting point, here is the list I ended up using such as it is.

4 Truborn with 4 blasters in a venom with 2 cannons

4 Truborn with 4 blasters in a venom with 2 cannons

10 warriors with blaster and Scannon in a raider with , splinter racks and sheilds

10 warriors with blaster and Scannon in a raider with , splinter racks and sheilds

Vect, when he finally got into combat, was a machine , his orbs adding to the firepower from the barge, he easily soloed two marine combat squads.

The barge itself was great ,went flat out first turn for a cover save, and due to a combination of being plain tough, immune to melta due to the night fields and my opponents poor luck with shooting  it hit turn two intact and opened fire, spent the rest of the game firing its combined 9 lance weps at various things,  oddly only actually killed one tank, but it kept others locked down for the entire game. the upgrades are all to buff it or to buff other things, the tormentor grenades make Vects orbs better and effects tank shocks which is nice considering the shock prow also has the potential to make it count as av16 for ramming, 5 points well spent I’m sure you will agree. 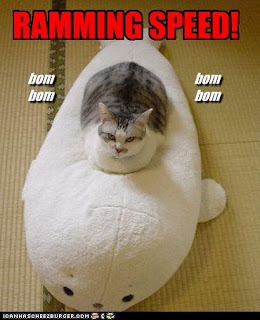 Note: you always need to to move your transports , Im not sure given the cost of a dark lance they are worth putting in a transport as you will almost never get to fire them.

The heamo’s were in to bring some pain and those wonderful templates (that have a 33% chance to ignore FNP/armour) and being I 5 and str 4 power weps on the charge means that if they are in with Vects crew with Vect the whole lot can become a pretty nasty cc unit if needs be. Shattershard is an auto include for me.

The mini Trueborn squads are a bit odd to me. I have seen them on a few proposed lists so far and thought I would see how well if at all they work in practice,  they did kinda work  by taking out the landraider first turn (lucky), but were more expensive less deadly and easier to kill than fire dragons, I lost one venom first turn and half the squad died with it, in hindsight I think you really need night fields as the second venom just spent the whole game being stunned /shaken over and over by bolt rounds, very annoying. Other than the landraider the two squads did nothing else so it was just a points exchange , tho a favorable one as it left his Derp star unit on foot.

Maybe bringing more Venoms is the way forward , however I think a mix of raiders and venoms is important, you only need enough venoms to suppress devastator style units effectively, but will need the additional lances the raiders bring to stay mobile and effectively cope with mech at range.

So was actually underwhelmed with the venoms so far , the one time it did get to shoot I think it only killed a single marine, the joy of 3+ saves …..

Another observation from me is that I felt it was a mistake to disembark the trueborn squads from the venoms if you can possibly avoid it, as they are stupidly fragile and vanish shockingly fast, consider that each is a 27 point model with a blaster @ t3 5+…. without volume of shots blasters are definitely meh.

Leading me onto my next point, I had, erm, 27 str 8 ap 2 lance weps in that army, killing Armour was a slow process, stunning and shaking and immobilizing /disrupting my opponent was fairly easy but actually delivering a killing blow proved elusive, was really feeling the lack of ap 1. His predator must have been hit around 15 times or more and was still not actually destroyed when my friend conceded.

However if you stick to the principal of stun/shake and move on it seems it is quite possible to shut down the majority of your opponents vehicle based shooting as you close.

Needless to say once you have dealt with all the armour, using the massed lances to kill everything else is nothing short of hilarious in its brutality. 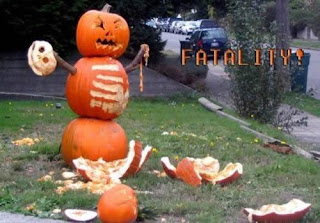 I’m going to try and include some Melta lances based on this experience, possibly in an eventual, more sensible non-deathstar  army list.

The warriors were nice, I kept them in reserves and flew on later game as there was stuff that had been flushed from their transports  for them to shower in poison.

Having more lances show up in inconvenient places helped to really muzzle his shooting and means the unit has something to do if it lacks targets for the poison spam, splinter racks are a must for warriors, the raider units delivering far more hits than the venoms obviously without the benefit of 36″ stand off range. If his troops had not got FNP in most cases they would have disappeared as was making around 9 wounds per volley plus blaster hits , I think using two units of Raiders like this to gang up on one enemy unit will prove quite effective, will be a staple troops choices at least for now as I experiment with other aspects of the army.

As was suspected, mobility is key in setting up favorable match ups, my speed allowed me to avoid his  powerful CC unit while ganging up the majority of my army on one section of his army. It is also key to getting your skimmers to be more resilient than they should be. I actually quite enjoy that aspect of playing with the DE.

Pain points , at least in this list seemed largely irrelevant, I think if you want units to get the benefit, you need to build the army around pain points as I only started really getting them at a point where the game was a done deal already.

Going forward, I will be dropping the Dark lances on the true born plus their users to free up some points, also the second heamo seems unnecessary, so I will drop him at least temporarily to also get a few more points , I really think I need a third venom in here , well lets see …..

Cant scrounge enough points to really do another venom but I can fit another ravager so it will look like this for the next game , possibly on vassal this week .