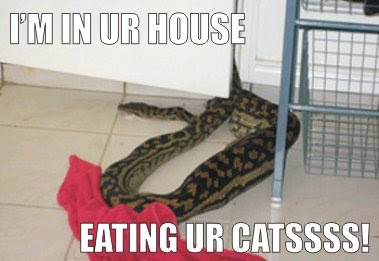 As there is now a proliferation of DE information on the internet, I have really wanted to start my unit by unit analysis of Mr Kelly’s latest and possibly greatest.

Having given it some thought, I have decided to hold off for a bit rather than jumping on the bandwagon immediately. In the name of good ‘journalism’ I have decided to make it a priority to get a chunk of playtesting, both on a real table and also on vassal to allow me to try some crazy builds against a fairly bizarre variety of opponents. ok, so some days on vassal you just play against the dice

I’m hoping this will allow me to give you folks some solid feedback based on actual experience rather than theory hammer, which is mostly what you will be getting atm.

For this weeks retro we have moved into the fast attack section. The Vyper is an odd one, there are few vaguely sane and more than competent players that advocate the use of these in competitive play.

I cannot for the life of me work out why ?! Yeah you can dumbass, ‘Special snowflake syndrome’ Despite some fairly hard testing prelude to attempted self harm I cannot successfully get these things to do anything but die / serve kp’s hand over fist to my opponents.*weeps* Mmm, Yes your tears sustain me….

Not that these are the worst steaming heap of suckfail in the book, they even feel like they ‘should’ kinda support a Mechdar army fairly well.

Primary complaint for me is actually the cost, they are fairly over priced @ 50 points for the cheapest of cheap load outs , bearing in mind its fairly easy to kill these with even the most basic of weapons in the game due to being av10 open topped, I doubt you need me to spell out why this is a bad bad thing.

Also again for its cost and price and the fact all eldar weps are stupidly overpriced (apparently something to do with Meq cry babies )boo fucking hoo hoo, man up, get a real army the bs is a pretty significant failing on the Vyper as I feel being able to hit your opponent reliably and cause damage would actually help somewhat with the fragility issue, the base points would certainly be easier to swallow. I would even consider an EML loadout once in a while if it was bs 4.

As the bs is fairly pitiful and the weapons priced like a banking crisis I cannot honestly say you should ever consider any weapon load outs other than either duel Scannons or Scatlas + Scannon, two reasons really, one, the multishots help you to actually hit once in a while and two, they are ok points wise.

If I was going to run em the best load out has to be twin cannons for me , they are the same range and the cheapest option to get a good amount of shots, as I would also use them to generate cover for my tanks they are often forced to be up front anyway, the single extra shot @ 10 points from the Scatter and the unrequired extra range seem a bit Herp da Derp, Im not inclined to heap unnecessary extra points on something made of wet toilet paper. Eldrad says “wipe with Wraithpaper”

If you want scats just run it with a scat and sit outta range and possibly in cover,  ping away.

Bare bones cheap, for three runs you 180 points for 18 str 6 shots, its not bad on paper, however, being in a squadron makes em die even easier, any pene roll of a 3 or more sees one gone  (these things vanish fast), it also means a single unit can kill multiples with one volley . you may or may not be seeing a fair few long fangs or dakka preds / hydras these days ?

Some people love str 6 spam, I’m not a big fan as by necessity and assuming your opponent is not a bit ‘special’ ideal you will often find yourself taking shots at front armour, as av12 is the new black glancing on 6’s can sometimes be a bit of a stretch. I hate relying on luck that much….. sure IF they live long enough AND you can get behind some targets s6 spam is pretty good.

Ok for me Vypers do have a use , if I have some spare points I would consider two Mc Cheapo specials for blocking and as a

IF you can get them to work, good for you , I strongly suggest you look to upgrade your opponents. Points are far to precious for 5th Eldar to be pissing around with something overpriced and stupidly fragile, 3 Vypers nearly pays for two Serpents your list WILL be better without them unless you are into comp…. Perverts

I give you yet another stupid but somehow apt summary picture.


The fix for 5th is pretty easy, drop the open topped and the price, give an option to either TL the guns or improve BS , assuming they Fix and sensibly re price the Eldar H weps  (I have made suggestions for fix in previous rants)

It would be cool to have them able to outflank and/or deepstike.

I have also previously discussed a Holo fields ‘fix’ and think that priced appropriately they could be an excellent upgrade for vypers as I envisage them.

Assuming the vehicle upgrades get fixed they may also see some use , I’ll be discussing those when I get onto the Waveserpent as it seems more fitting to do so there.

Well thats it for now , I hope you enjoyed at least a little ;o)