Something Something something Dark Eldar …. 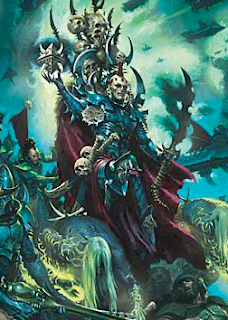 Ok Just going to throw this up here before starting work on this weeks retro.

Made it into town today and was allowed to sit for some hours and comb through the New DE book.

Defo giving the golden turd award to mandrakes they are made of lame and aids.

At first glance the Talos seems to have changed very little, given my feelings on the wraithlord and that the talos is only str and T 7, not a fan … The chronos may infact prove to be the more useful of the two , tho they will have to turn out to be something something spectacular to nudge out the fighters/bomber.

Most of the special characters seem good at first glance but actually suck for what you pay/they should be good for. Main culprits are Lelith and especially Drazhar, who is essentially just a phoenix lord , yes this means he is many many points and possesses no invun and is frankly a real disappointment. 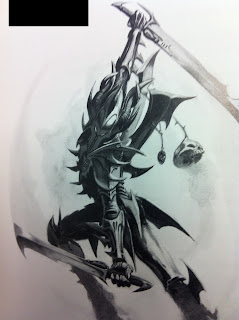 No bikes for characters now *sad panda* Loads of really cool sounding / looking wargear that is largely pointless/crap on second glance , just dont get distracted and the army is fine.

Tho there is a sniper rifle that removes the target from play, oh ho ho ho Lysander ho ho *jabba voice*

There are some pretty nice vehicle upgrades giving em all access to 5+ invun and the old – 6″ from the range jobbie. Oh and deepstrike ability can be bought to, given that DE vehicles can now shoot EVERYTHING even at cruising speed = godly Alpha strike.

Im very excited about the aircraft, the fluff for which is excellent and made me crack a dark smile. Especially on how Deathscythe missiles are described to work, the lulz

It will be interesting to see how DE will handle the current mech spam, though I think the various str9 lance weps on the bomber may be funzies ;o)

Talking of which I’m not sure if the ravager is going to be a particularly great heavy support choice, av 11 and three standard h weps which I think is either Dark lances or disintegrators with no plas cannon setting :o(

I guess it depends on cost effectiveness, given the flyers carry various Dark lance weps and bombs and some bonkers missiles. I may hold off on the ravager and pick some up cheap when some clueless idiots rieg quit after discovering that DE are not just ‘pointy’ marinez.

Especially since GW are charging a fortune for the damn model.

The Scourges have had a cool fluff re jig and now look teh Awsomzrocksorxz, they will be packing some amazing firepower it seems, one of the few sources of Ap1 in any quantity in the book

I’m thinking that the Bikes are going to be a fun choice, they are good but expensive and if you ever stop turbo boosting likely to die, torrent is really going to sting these chaps, going to need much practice and a little artistry to get the most from these perhaps.

The Elites section is pretty packed but at least to me the Elite Kabal warriors look solid , 4 special weps and 2 heavy per squad ? they will turn any raider they are in into a filthy gunboat.

Hmm trying to think of anything else that caught me.

Ah yeah you know each book has a character you tend to see alot of ?

For the DE I think that just might turn out to be Sliscus, hes a fairly solid archon build with a bunch of army/squad improving special rules. It seems Vects Ex wife may be hanging around with him quite a bit, the drama.

Right I’m going to leave it there for now as I need to do this weeks retro, I’ll post that a bit later , this was just to get some musings on the page and make a wee report for anyone who may be interested.