Could not even find a picture worth putting up at first , after much digging however……Seems they are really popular with artists as well as vaguely competitive gamers….not

I have actually experimented with these guys in a bike heavy list, and they can kinda work there, though really as a delivery system for a Lanced up autarch

Aspect statline as usual not much to say there really .

Most people are aware that Spears are perceived as one of the worst units in the book, this is due to a few things really, mainly high cost / fragility for cost and small unit size, also they generally do not hit hard enough due to having only 2 attacks on the charge, which will hit on 4’s with the majority of the targets you would wish them to attack anyway…… (though they do work ok vs devi/fang squads) you can’t get round the attacks issue or fragility with numbers as the unit is capped at five, neither would you wish to as they are 35 points each before you think about adding an exarch, to cap off their fail as a dedicated CC unit they do not have grenades and are unlikely to catch things out in the open often.

For me at least the exarch only compounds the fail as his skills are indeed useful but the cost of him his gear and skills is astronomical and simply not worth it.

Laser Lance – sweet cc wep, who does not want str 6 pow wep attacks, not much to say here other than these make the spears a logical choice for hunting MC’s (think Doom) as a volly of str 6 shots followed by a bunch of str 6 pow weps should do a number on most mc’s , they also in theory work well for small units of high cost/toughness elites , just avoid hammernators ok …. and targets in cover and and ….

They are str 6 lance weps , so in a pinch you could try your luck on vehicles I suppose, I expect they will be effective enough on light/rear armour.

Star Lance – see above only str 8 , which means the unit takes a bit of a jump in terms of anti vehicle power , tho the exarch costs loads as does this upgrade , I have never managed to take one when testing , the standard lance is fine for what you need.

I suppose in an All bike list It might be handy to have one or two floating around in-case of av 13-14 , my tests have been very bike heavy but always contained dragon serpents too.


Skilled rider – No brainer , totally worth it, helps if you ‘have’ to assault into cover,  or even if you wanna land in cover to not die to shooting , though given its five t4 3+ models they will loose all effectiveness under the slightest whiff of torrent.

Withdraw –  Gives hit and run. As discussed in my Warp spiders  article, this is one of my fave UsR’s of all time makes the unit super mobile and annoying for your opponent, I often think you are only limited by your imagination with H&R.

Main uses have already been discussed in terms of ideal targets for them, they should be able to do damage to meq but are pretty meh VS hoard armies and if they fluff their attacks (often) will even loose to tactical marines.

honestly I find they work best as a bodyguard for an autarch take x5 plain  and the autarch will bring 6 more str 6 attacks that will likely hit on 3’s and he has grenades. when this works things die ….

I Apologise for the lack of blither, just not a very good unit and find they do little to inspire my ‘pen’ They are yet another unit thats ‘abilities’ and uses are better fulfilled for less, by other units. 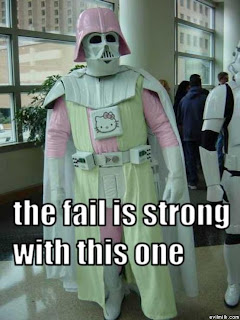 I’ll leave you with this ^ summary pic ;o)
Managed to assemble and undercoat a boy and a girl  to test my Kabal paint scheme ideas, currently toying with Kinda monochrome/noir with splashes of vivid red.
Next Retro we find ourselves in the troops section at last, and will be discussing Guardian jetbikes. For those of you who enjoyed the Succubus report will be happy to know Heamo’s are up next , in a few days ;o)