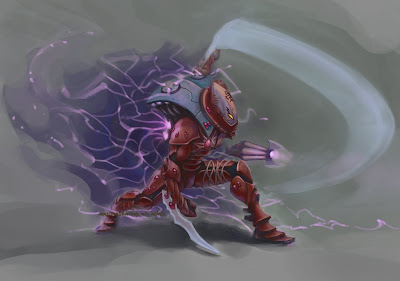 Ahh the Warp Spiders, another of my favorite aspects, I have had alot of fun playing with them even in 5th.

I actually feel that a fairly good job has been done with the rules for the spiders.

Their great mobility and good hitting power allow them to be an excellent provider of reactive and first strike firepower for an Eldar army. A real danger to most infantry and even monstrous creatures due to the str of their deathspinners. lots of shots at high strength means lots of saves for lots of things, and they are also genuine threat  to light armour especially the open topped flavour.

However as usual with these posts I am talking about viability of these units with a full Mechdar setup. I do not feel warp spiders work well in a pure mech force mainly due to their cost coupled with the fact that as jump-infantry cannot take a transport, so prevent you from being able to maximize hull count. They will also give your opponent something for his anti infantry guns to fire at while he is trying to open your serpents.

Main issues are the usual Eldar fragility coupled with high cost,although they are actually tougher than usual Eldar units due to their 3+ save, I say fragility as they are still weaker than cheaper marine units and with their cost as a factor represent quite a few points in a ‘fragile’ package, there are some things you can do with them to cut down on the fire they take but you cannot always guarantee that they will work.

However, I do feel they work very well as a ‘bridge’ unit in a hybrid mech army.

Their Gear is interesting and mostly useful, their main gun The death spinner is a short ranged assault weapon that flings omnicidal candy floss at things. Pros include a high strength of 6  which means you wound most Meq equivalents on a 2+ and even the majority of MC’s on a 4+ coupled with a good rate of fire and decent accuracy (for Eldar) they can force alot of saves on anything and make things die, the good str and RoF alo allow you to offer light armour some problems, tho I would never plan to destroy them outright , you can shake/stun very reliably and on open topped they work just fine, If you are planning a str 6 spam army spiders are well worth consideration.

Something else worth considering  is that with doom you can make MC’s take a much higher number of saves than usual, though unless its already injured you wont want to put your Spiders near anything with more than 3 wounds as their pitiful range could see them being counter assaulted. 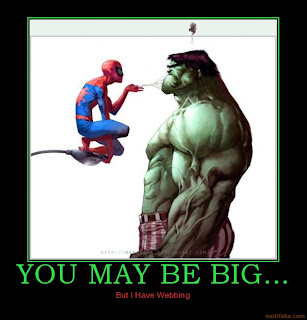 In future iterations I think it would be cool to see spinners as a str 3-4 with rending template that causes pinning and the dangerous and difficult T effects from the Nightspinner grav tank, the twin spinner for the exarch would be TL’d .

The Warp Jump Generator makes them essentially jump pack troops in the movement phase, interesting things start to happen in the assault phase where after pumping something full of mono wire and making a pretty red stain they can ‘bug out’ and get a further 2d6 away in any direction. This is great as IF you are good with guessing ranges and do ok with the dice you can move in, shoot and get out of assault /rapid fire range, just try not to roll doubles as this results in someone going ‘missing’ its also a mechanic that makes them further unpopular as one of the more appealing abilities is both random and risky, not many people who are hoping do do well in a tourney or highly competitive environment should be building lists with units that could be described as having either of those two words in its description.

The Exarch specific items are largely meh, I see very little point in the spinneret rifle and always always give him two deathspinners, 4 bs 5 shots at str 6 ? hell yeah ! it means even when you are down to the exarch and one spider they still produce 6 str 6 shots that will mostly hit, always a threat right until they die !!

The Power blades I look on as a point filler, sometimes I throw spiders into combat as it gets the most use out of doom and allows them to hide from enemy shooting in CC with the remains of a squad they just liquified. 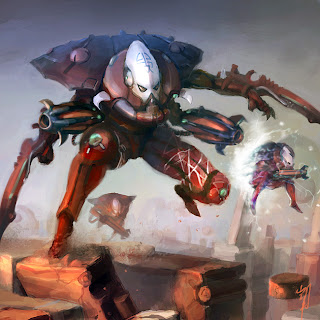 Withdraw just gives them hit and run, but that has to be one of my favorite USR’s, as I mentioned above , lets you shoot a unit, then assault the remains, assuming you do not wipe them out /die (do some basic math hammer before committing) you can jump ship either in your turn or theirs at the end of the assault phase, most often you will find that doing so at the end of theirs is most desirable as you will get to rinse and repeat or move onto another unit, the beauty of hit and run is that it allows your spiders to be ultra mobile and sneaky, they can move a long, long way over the course of a game if you include their WJG moves too. Its got my brain going for the potential uses of Hellions in DE too ……..

As I mentioned earlier, they do a good job of bridging the gap between foot troops and mech in a hybrid list, use them from the cover provided by the mech to support carried units or to shoot/assault enemy threat units to pin them, there are many weird and wonderful ways they tie in and are able to help depending on your composition they are far from a no brainer unit and do reward imaginative use.

With practice, and well used with a bit of luck warp spiders can drive your opponents mad !!