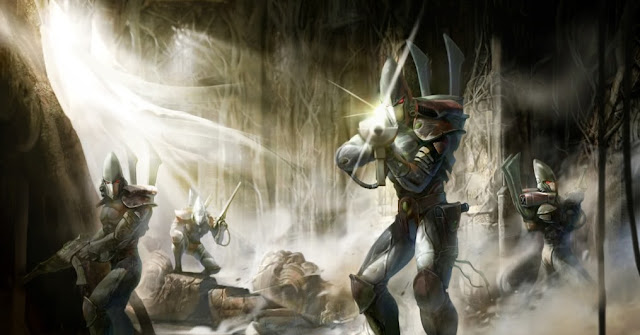 Hiya, Eldar up this time , though Im admittedly having trouble as I’m all about DE at the moment, it seems like an age since I played with or thought about the poor old Craftworlders, does not help that I’m essentially writing about mostly poor units.

Most people agree they smoke the pain pipe, however I am one of the people that feels Storm guardians at least demand a second look.

As usual this is discussed from a mech perspective, I will not be touching on footdar here as It is bloody awful in 5th

Ill start by getting Defender guardians out of the way.

In terms of 40k the stats are indeed bad, however in context and in direct comparison to guard I cannot see any other way to represent Eldar citizen soldiers on the table top. people may moan about the stats but they are right on the money, they are just eldar civilians with some basic training or past experience given a gun and pressed into service, they are actually equal if not superior to a trained guardsman ? works for me …. they also have better leadership and fleet.

Problems start to creep in when we look at the gun and their cost/fragiltiy ratio. I feel GW made a fundamental screw up with the current rules for shuriken weapons, read the fluff , these guns are stupidly advanced, the eldar are a dying people they are not going to give essentially potters and painters an smg assault weapon that only works from 3ft away, major rules fail, its ok if you shoot first but you will mostly bounce from meq and then be torn apart in response , this kinda forces the guardians into backfield where the guardians can do nothing but camp an objective and send a single heavy weapon downfield each turn.

On a slightly more positive note, the heavy weapon platform is fairly cool, it essentially gets 2 guys which makes it a bit harder to get rid of and allows the unit to move and shoot as if its an assault weapon, gotta admit thats cool, how many other armies would kill for that ? ones with better/cheaper heavy weps thats who, would be better if we could get two …

The price of the weapons are another stumbling block and an unfortunate problem with the book from day one, especially now 5th is in full swing, theres no way round it, will give a quick analysis of each.

Shuriken cannon- Cheap, really cheap, and 3 str 6 shots, its cost effective and adds to the anti infantry fire the squad can already generate, it increases their threat range somewhat and allows them to threaten light armour, just dont expect miracles.This is the best choice if you are going as cheap as possible but still want the unit to have the chance to do something other than squat an objective.

Scatter laser – top choice really, multiple shots to mitigate bs 3, strong enough to threaten most light armour and a healthy range so your campers can get involved. its not too expensive either, though I would expect a slight drop in future- best all rounder.

Missile launcher – again perhaps a little expensive given how prolific missile launchers are in 5th and generally with higher bs. Usual stuff on the krak missile, good threat to av 12 and under, increased range  allowing camoer units to engage a fairly significant part of the board from backfield, also its technically the best ML in the game as the plasma shot offers ap 4 and pinning, omnomnomTaunom, so offers good flexibility and range, its mainly the fact that its accuracy is questionable in either mode and its more expensive that the scatter laser wins out.

Starcannon – Im not a big fan of these, the range is good, otherwise its the worst plasma gun in the game , too expensive, not enough shots and does not have enough shots with the str 6 to threaten armour, say like the scatter laser, plus the current cover situation pushes even further into poor choice territory even just a shift to str 7 would do.

Bright Aids lance – anyone who has followed this blog for any length of time will be familiar with my feelings on these, I’ll avoid another outright rant and just simply state that this is a very poor choice for guardians, and given what happened with the DE book, I don’t expect any changes to be made profile wise, we might see a slight points drop, currently 30 points for what is essentially a bs 3 short ranged ML most of the time prohibits its use, yup imperial las tech>Eldar las tech *facepalm

Warlock- used to go in for the conceal, but its fifth, conceal is dead, long live cover. I would run them without a warlock to be honest as he adds significant expenze while not doing much for a campy unit, if you just cant help yourself go for embolden as this should protect from panic etc making them flee the objective, dashed inconvenience !

Transport – ok, Im a big proponent of meq, im just not sure why you would want to go anywhere as guardian defenders, maybe to claim an objective, except a small unit of DA is cheaper and better for this, that also applies for just spamming serpent hulls. only reason I can think of for getting defenders a transport is to run it as an empty gunship….. 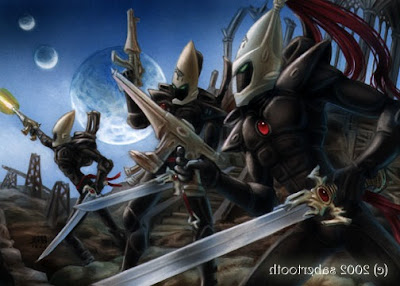 When I first put the current mech list together I went for avengers, the avengers still perform a solid role in the army and as the gw stormies come in 8’s (wtf ? no really, WTF ?) Ill be keeping them in, arguably though stormies are a better choice for all comers competitive gaming, its after some conversations with Kirby over at 3++ that I re-thought my attitude on stormies.

So what makes them good, well, they get pistols and swords, bear in mind they are never going to own marines in a straight up fight, but they do quite well on a pre softened, doomed target, doom is fairly essential to any cc shenanigans you are planning with these guys, though if guard plebs or firewarriors etc, you’ll get away with it.

Main factors that work for them up front are the two special weapons they get, either 2 flamers or two meltas, or a mix of one of each ?

And a warlock gets gets some stuff that stacks with them, nice

10 storms with 2 flamers and a warlock with destructor, coupled with doom these guys put the template beatdown on things, and can generate serious amounts of wounds, they need a serpent to deliver them, but it does mean you can use the mobility to set up maximum hits for your flamers. sometimes Ill flat out accross the board , and assuming the serpent does not get cracked , ill walk them out flame then assault the target, often due to your pitiful strength you can avoid retaliation fire in cc while you grind down the survivors of the flamestorm in cc. this is possibly the more popular build of the two here and is a direct replacement for storming Avengers.

10 storms with 2 meltas with destructorlock with spear, the budget version drops the destructor and sticks to pure tank hunting, kinda poor mans dragons ….

Application here is duality, destructor some pistols and 2 meltas still sucks to be shot with (doom) the shoot / assault tactic works here too, especially on tanks/walkers you have just shot and hopefully already crippled, the warlock should be fine to finish it off knocking on the back door at str 9 , mine have killed lots off stuff (lots of walkers, oddly)  and bs 3 really is not so bad, having three AT shots in one place kinda helps with the accuracy thang. Either fly up in you serpent hop out and fire, or the old flat out followed by getting out next turn shooting then assaulting is good too. I prefer this build as eldar struggle with AT at range so having another unit/s that is a reasonable threat to tanks but can also pass muster in an anti infantry role is ideal, supported and positioned well these guys have done really well for me, they always surprise with how effective they can be. Also being able to engage 5 targets with multiple melta in a turn is good stuff. 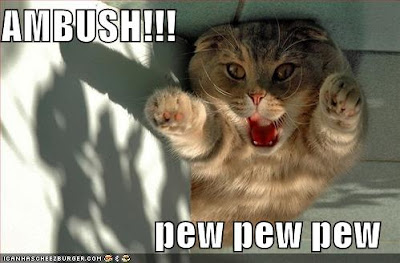 So in summary they are a bit of an odd one. Defenders for me are really bad but Stormies have served me too reliably for me to do anything but recommend you at least consider them, they are defo a unit that is better on the table than on paper. A true case of not necessarily ‘what’ you have but how you use it.

Coming up next: Completed test paint tomorrow, Grotesques Dark Eldar unit review with a new Colouration from Majesticchicken, and I have the first Hobby interview in the pipe too, watch this space.