How about a nice juicy apple ? 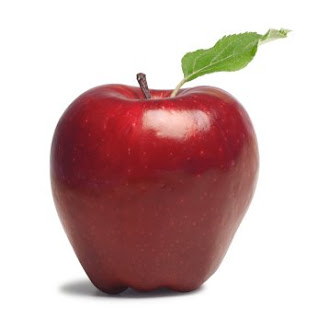 Okay so there it iss , now just take a little bite…… it is really quite Exquissssite……..

Yeah, ok enough of that, so Anyone that follows vaguely regularly knows I’m playing around with a Baron/Duke army at the moment.

I got bored tonight could not force myself to paint or write another article (yes, again , apologies)

So I picked up some bits and went to work , this model is just  a fill in for now so I have a suitable model to rep the duke pending some green stuff, including possibly a little more hair (can’t decide)

Its pretty obviously a kit mash of D’elf Corsairs and D’Eldar warriors.

I think the serpent banner is kinda a giveaway and looks the part. I have tried to give him a more foppish/piratical feel  with the long gloves, dueling style Blast pistol and a nice baroque basket hilted sword/dagger and the ‘snakeskin’ cloak. I also chose the Corsair swords as I wanted to show they were not power weapons, as I do not intend to use another in the army It should look/be totally unique. 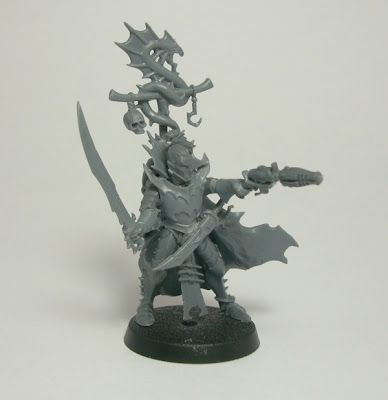 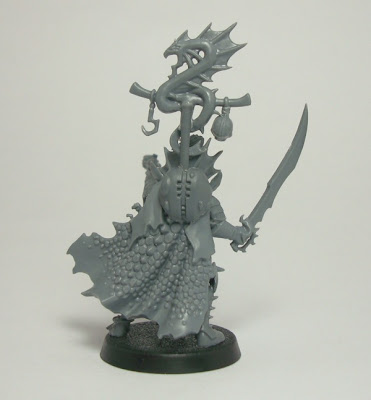 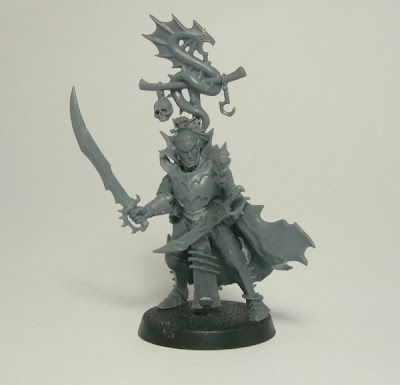 I have also given him the Darklance backpack, for two reasons really, I thought the cloak did not look 40k enough and I figured it made quite a suitable drug and poison injector/dispenser for the old boy.

I have some plans for the paint Scheme to reinforce his character yet further.

Is it ok ? I went for the prettiest male DE face , still not sure about the head but it was the best of a bad bunch (for the character) I would of liked one with an evil grin, I’m going to try and paint it to give him a smug/self satisfied look.

Check out the colour/pattern on that snake, decent palette ?