Ahh yes, Trueborn warriors. They are in almost every list I’m seeing at the moment and I’m finding it hard not to take 2 units every single game…

Why are they so attractive ?

Well for me it allows me to up the quantity of lances in the army though I feel they may have other uses too, I hope to start experimenting with some ideas soon.

Lets have a look.

Stats wise they are just ‘elite’ warriors, so like with marines its an extra point of LD and an extra attack for 3 more points , as the extra attack seems pointless in what is i feel mostly going to be a shooty unit I feel the extra points are probably being paid for access to the bewildering array of weaponry available to them.

no point really examining their basic kit as its identical to warriors, I’m almost certain you are not going to be buying them as a splinter rifle platform as warriors do it just as well and score.

So what can they have and why would you want to take it.

Shard carbines- 5 points gets you a three shot 18″ range assault weapon, now , I’m fairly intrigued by these and find myself increasingly tempted to use a carbine equipped unit with a CC Dracon as an escort for sliscus, maybe even go for a couple of cannons too as they are also assault weapons, 27 3+ poison shots + a blast pistol followed by a charge, needs to be tried as running some rough numbers on an meq squad would suggest that only one or two models would survive to swing back , leaving you un shootable in the following turn where you will finish the squad in cc and gain FNP ,  they can also put a stupendous amount of wounds on MC’s , I had plain splinter warriors with , splinter racks and Serpents venom shoot Fateweaver off the table today, pure torrent ftw ! In theory an agressive use trueborn/bodyguard unit like this could work.

Shredders – Not a big fan of most things relying on the scatter dice , I find them woefully erratic, shredders are cheap and ‘can’ put alot of wounds on big huddled squads , I feel the rest of the army has anti infantry  well covered with all the poison you can build in, truborn are better used to provide something you do not have so much ready access to.

Blasters – seems more or less everyone is buying these and in most armies you will too, some folks get them with two blasters, but I have found lance weps to be so unreliable I have only been really ‘happy’ with performance when they take the full four, most of my WIP builds involve 2 units of four always in a transport of some kind. If points were tight you could try three, simply running the numbers should convince you hat more is better , without cover as a factor you need 9 lances on average to destroy a vehicle.

Splinter cannon – I like these , not sure how much they will be of use but I keep finding myself trying to sneak a couple on to my usual Blaster squad, think I’m just getting greedy for Moar poison , but its something I want to test the usefulness of , my head is saying it wont be useful most of the time but my cold dead shriveled black heart does enjoy massed poison ….

Dark lance – Not really found myself using these thus far as I am very aggressive with my DE , current thinking is to buy just two of these to increase the long ranged lance fire available to your army, they can’t score so sitting objective is comparatively less handy than with say a unit of warriors with a lance, buying a small squad to sit with the lances opens up the opportunity to buy a transport also , I think the venom will be most popular as it can bring a load of splinter to balance the lances, will also help get them into position in DoW games , of course if you need yet more AT in the army plump for a Raider.

Dracon – does very little for the squad really, no LD boost and gains an attack , as they will mostly be used in a dakka role he’s going to spend alot of time twiddling his thumbs.

He does have a ream of options that will help if you decide to experiment with dakkassault  Tborns, 5 points for the extra attack is ok , cheapest upgrade to sgt in the book.
he can have ghostplate , which I think is overpriced and unnecessary. Again the phantasm launcher is a cool upgrade but 20 points is pretty hefty , if going the dakkassault route plain assault grenades will do for half the price, if you are getting assaulted “your doing it wrong”. He can have a blast pistol, again 15 points for a gun that will get fired maybe twice a game seems pointless, AT can be handled by others.

Lastly we have the CC options , best overall is possibly the venom blade , it allows the unit to further threaten Mc’s and can kill a suprising amount of marines etc through reliable wounding . Second up is a power weapon – not bad and 10 points is ok , just think of it as rending on a 5+ that gets better once you have furious charge ……. lastly the agoniser, 20 points ….. 20 points , sorry I just cant get over it costing as much as a power fist while essentially being a str 4 power wep . I have yet to be able to bring  myself to pay for these on anything in the book , they simply cost too much, its not like MC’s are ever going to be a problem for DE. I would bring it at that cost IF it did something to vehicles.

They have access to both transports and I tend to base my choice on how big the squad is and weather I need more AT or more poison. I like both and they are of comparative points, mostly I have been taking 4 blasters in a venom, however the list I am currently trying has them in a Raider as I needed more AT and had plenty of poison and torrent elsewhere in the list, this applies to any DE list you may run and gives you an easy way to tweak the level of anti infantry or AT. 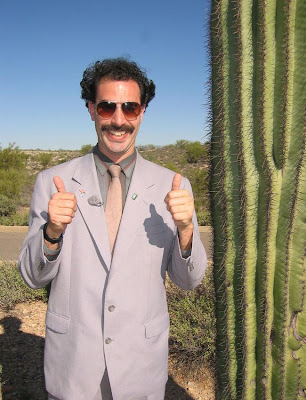 Overall a very solid Elites choice , a fairly certain staple of most lists which allow you to tailor the type of firepower in your army like no other unit. Mostly being bought for massed blaster access, true most of the time you simply need the blasters that much , However I am keen to discover if they have more than one string to their bow.