Pricing Tantrums and What else is New?

So some time over the last couple days, it was leaked the pricing of the much anticipated Kill Team: Pariah Nexus. Anticipated, not because of Kill Team, but it is where we get our hands on the new Necron Flayed Ones, Space Marine Heavy Intercessors, and Necron Chronomancer. What instantly jumped out at people was the seemingly insane price tag of $160 bucks! You got that right for 12 models and a bunch of cardboard, you could be some of the first hobbyist to get ahold of these models, or you can just wait a few months when they are sold separately.

Either way many online from both Necrons and Space Marines communities are very upset at the price point. To put things in perspective this is the same price as the Dark Imperium starter set for 8th edition and only 40 bucks less than the Indomitus set. Even take into account non-limited edition boxes like the Elite Edition starter set, where you get 27 models for $99. We have to assume the kits inside the Kill Team expansion are not push fit, but (no guarantee) multi-part. The anger by the average Warhammer 40k consumer has been pretty intense and seems justifiable. Amazingly enough even a few online personalities who always carry Games Workshop water have decided to give tepid responses to this latest gouge.

This though isn’t new for Games Workshop, as I have been talking about for more than a year, Games Workshop has returned to many of the old ways of overpricing products, this is just the latest version and maybe the most bold. The only difference between now and say 10 years ago, is Games Workshop has a competent marketing and community engagement team to tamp down complaints and boost fanboy-dom.

You though can see where Games Workshop are getting this pricing, by learning from one previous mistake, to make a new one. In Games Workshop mind, they think you are getting an insane value. Why? Well because just two years ago, the first Kill Team Arena expansion was being sold, for $90 and in it you didn’t get any actual real figures, just rules, a board, and pieces of useless terrain. 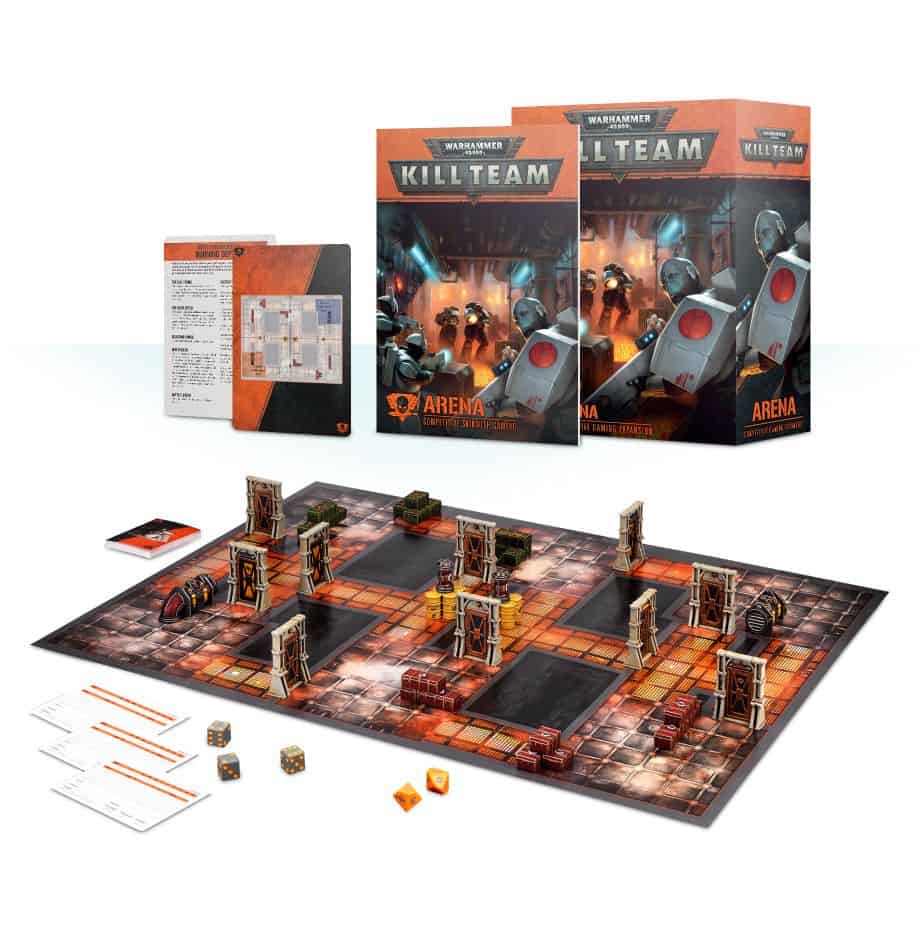 The first Arena box was (yes antidodical) by my experience seemed like a big flop; I can remember multiple events basically be giving it away, and other stores putting it in the discount bin fairly quickly. Games Workshop tried the experiment of charging almost $100 bucks for something without models and failed. So this time with the Pariah Nexus, Games Workshop seems to have hastily rebranded Kill Team Arena, by adding indemand new models and thus “$160 value” is created. Games Workshop has gone out the way to talk the Kill Team part up, beyond just the models. Games Workshop accounting and marketing teams seem to have made these justifications by trying to appeal to both the Kill Team and Warhammer 40k audience at the same time.

The idea I imagine went something like this, well maybe the 40k players will buy the Kill Team box and thus accidently play Kill Team and invest in that too?

Unfortunately, by throwing this particular bone to Kill Team it won’t have the intended effect Games Workshop hopes. I expect especially with supply chain problems; this boxset will land in the hands of resellers pretty quickly, and sold at stupid prices to the thirsty disposable income class hobbyist that just has to be the 1st with the new toys. It means the audience of actual Kill Team players won’t be getting hands on this product even if the 48 small terrain pieces is all they ever wanted in life. The only saving grace for Kill Team players is that if they wait a month, they will be able to get the Nexus rules and accessories I am sure for almost nothing on eBay.

There is another possibility, though very slim that Games Workshop leaked the pricing knowing about the potential backlash, and might change it when it goes on sale in a few weeks, I mean they just changed the haircut of limited edition Space Marine because people called it Dumb and Dumber, so anything is possible? In the end should you buy this box or just wait? Well if you play both Kill Team and Warhammer 40k then maybe… but if you only play one or the other, NO WAY, especially if the models are not multi-part kits.

Games Workshop has been on roll when it comes to providing over priced box sets recently or missing the mark with entry level products like the Combat Patrol sets. This is just another example, and one that might if consumers actually were not addicted could resist and get Games Workshop to change this creeping higher price behavior, but who am I kidding?