Game One in the Books 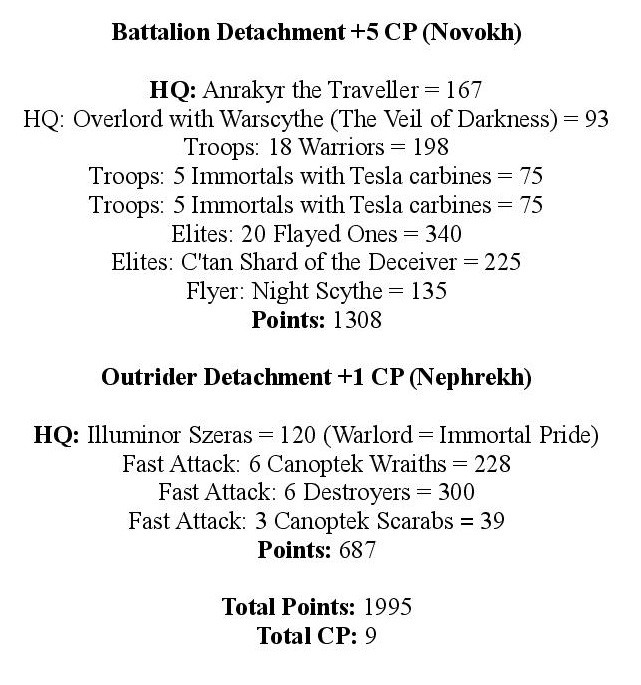 I had the great joy of playing my first Necron game last week and learned a lot against one of the best players in the United States. I played Geoff “InControl” Robinson with his Adeptus Custodes army. It was also a testing game for Geoff with him trying out the beta rules for both the Telemon and Contemptor-Achillus Dreadnought. I was faced with (as most people encounter) when facing Custodes: a lot of 2+ armour saves. My list is certainly not equip to handle 2+ armour as while I can delivery a ton of damage it just doesn’t have much -AP to force more difficult saves. Against a great player like Geoff I knew I had an uphill battle. 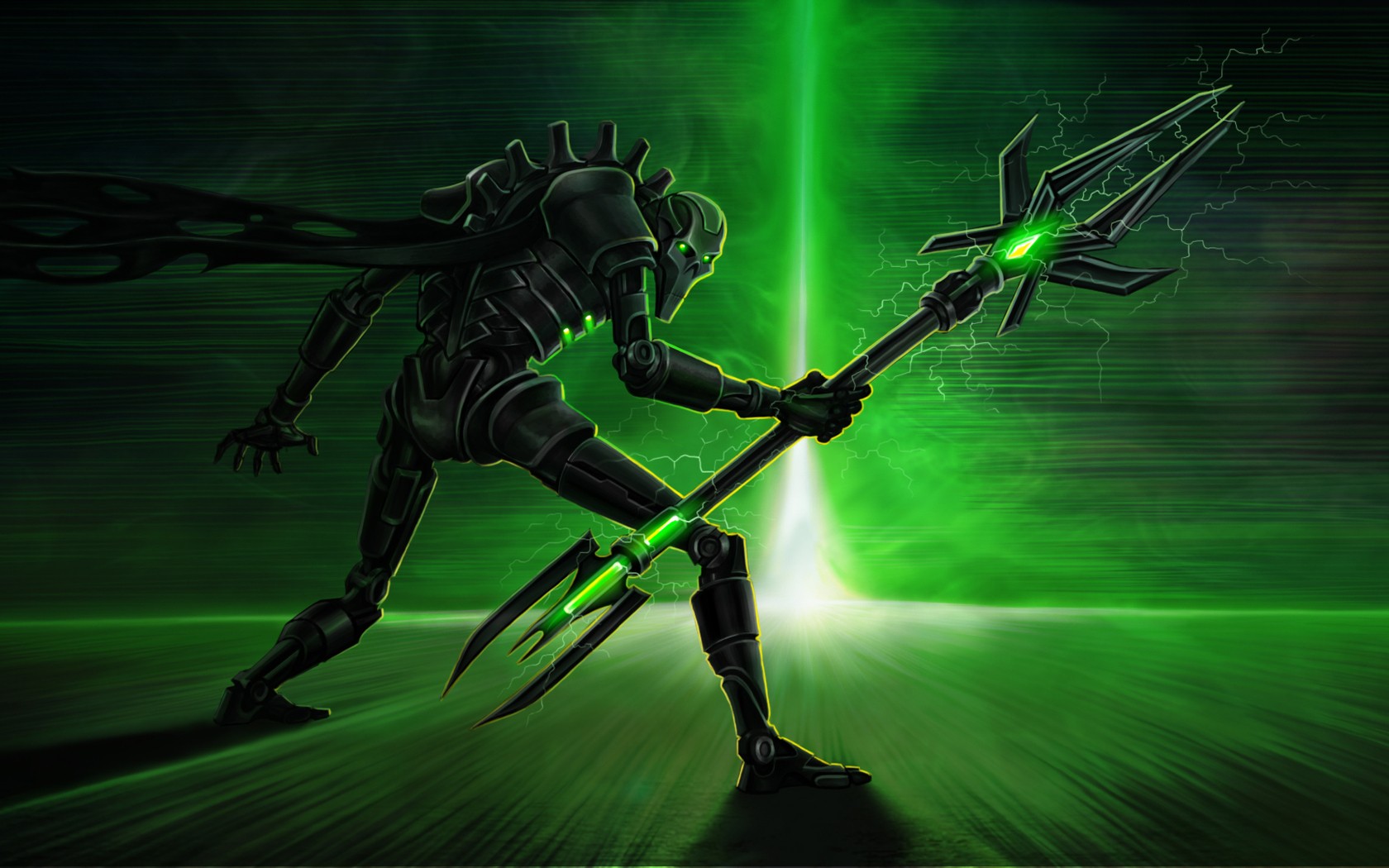 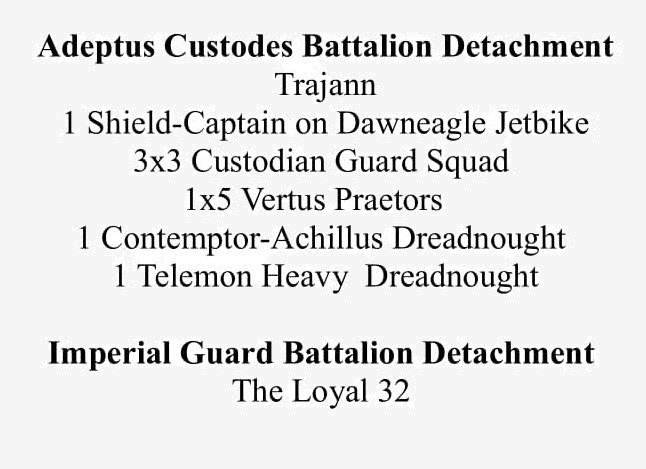 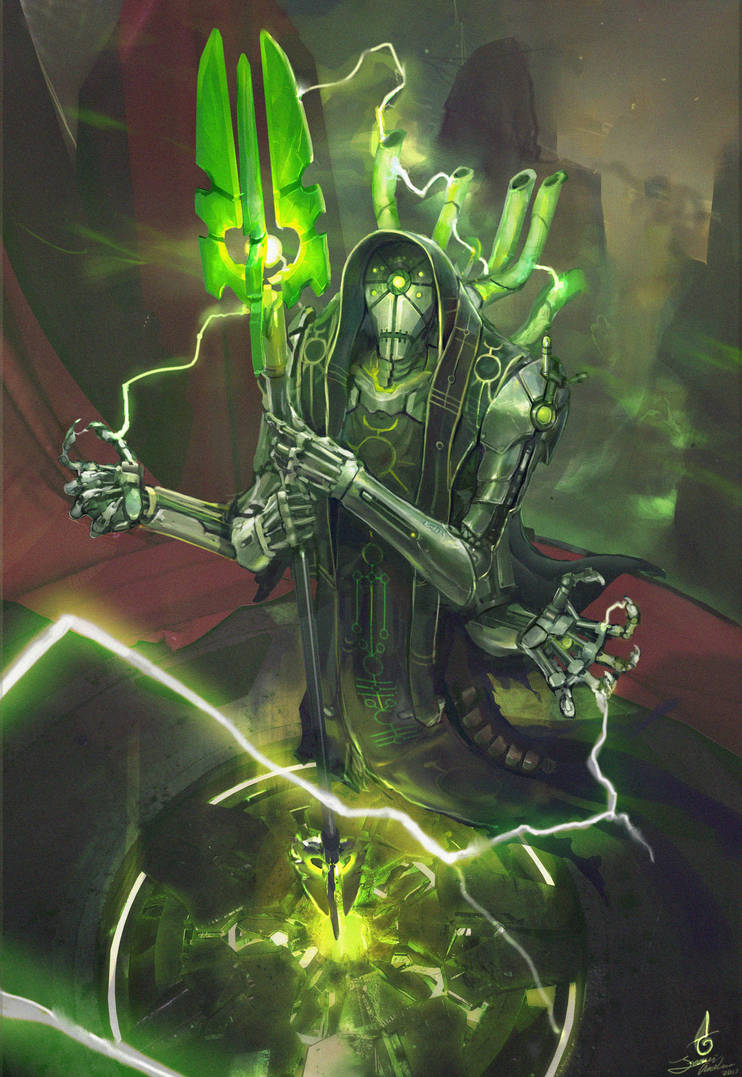 TACTICALLY— my strategy for a learning/practice game like this was to try out the effectiveness of the units and if certain stratagems or tricks work effectively. The first and most important thing I wanted to see is if the combination of Deceiver + Night Scythe + Flayed Ones could work. This I knew would require a lot of moving parts and something that could quickly fall apart if I don’t go first. Next I wanted to try out the Wraiths especially with Adaptive Subroutines and Translocation Beams. After that was Translocation Crypt with the Destroyers and Veil of Darkness with the Warriors. I was able over the course of the game try 3 out the 4 and learn a lot.

FIRST TURN — I was able to get off Deceiver Night Scythe trick and drop the Flayed ones in Geoff’s backfield, making quick work a squad of guardsmen; this though would have been more spectacular if Geoff had not tangle-footed the entire unit, otherwise I would have been able to get the guardsmen characters, and another squad by attacking twice with Blood-rites. I had hoped to get the Wraiths into position as well to hit Geoff’s Custodes line, but with a very long charge in cards, I decided best to faint to one side and bait Geoff’s Bikes with the Wraiths. On Geoff’s turn he was able to blow up my Night Scythe as expected and send the Custodian Guard to handle the Flayed ones. He also went for Wraiths as I expected with the Bikes. The Wraiths held their own against the Bikes losing a few and killing the same back. Geoff got my Flayed Ones down to just a few, but I used the Insane Bravery to keep them from disintegrating.

The Flayed Ones gave me another lesson and one many Ork players also experience: 2+ saves are super hard to get through. Still, after turn 1 I wasn’t feeling too bad, as the Deceiver was about to come up and eat some goldy Bike face and my Destroyers still had not come down.

Turn 2 turned into a blood bath mostly for the Necrons, I Veiled the Warriors up and brought the Destroyers down. This is were I made the fatal mistakes of placement, target priority, and not knowing my unit rules. The first was the Destroyers, by placing them in a super cocky position too close to most of Geoff’s army, but namely his Telemon Dread. I decided to get cute and try to drop the Heavy Dread profile down and kill a Custodian Guard unit at the same time. Predictably I failed at both, I only marginal wounds on Dread and killed 1 Custodes, I should have done one of two things instead, by commiting to killing one or the other, or probably even better would have been dropping them on the other side of the board and shooting the Bikes. The reason I didn’t do that was because I forgot that the Wraiths could fall back and then Assault again.

If I had done that I could have had the Destroyers finish off the Bikes and Wraiths could have taken out a Custodian Guard unit while the Deceiver take a shot at the Shield-Captain on bike. Instead, I was left hanging to everything Geoff army could bring on his turn. To make matters worse my Warriors joined the Destroyers in their folly, with Geoff making a ton of 3+ saves. The only surprising thing was my Wraiths still held up, but the Deceiver didn’t do its job of killing the Shield Captain. On Geoff’s turn he was able to almost kill my entire Destroyer unit with his Telemon and Custodian Guard, Trajann then almost single-handily wiped my entire Warriors squad. I was able to keep some of Geoff’s forces from full engaging as he was still forced to clean up my Flayed Ones, but overall things were not looking good.

My only saving grace this far had been my Wraiths, as they brought Geoff’s bike down to the last one, and I got a bit of luck bringing back 3 of my Destroyers. So I quickly moved them behind some terrain and out of sight of Geoff’s Telemon Dread, taking some shots at Custodian Guard who had claimed the center objective. Once again the Deceiver wasn’t able to cut through the Shield Captain, when I maybe should have had him help clear the Bikes. I ran the Overlord away, leaving what was left my of the Warriors to their own demise at the hands of Trajann. At this point, I was just trying to hold the line, but for how long?

Well it turns out holding the line lasted unit the end of Turn 3 as Geoff brought over his other Dread to deal with my pesky Deceiver and Wraiths. Thanks to me failing 4 out 4 4+ invulnerable saves he was able to do just that, killing the Deceiver in one round, leaving the wounded Shield-Captain to finish off my Wraiths. Geoff also moved the Telemon Dread to take some less effective shots at my Destroyers, but they still survived. The final insult though was Geoff bringing the Culexus down and proceeding to tie up my backfield with its non-sense.

Turn 4 was just about me holding on for dear life, as I knew Geoff was about to push everything forward to finish me. Having to deal with Culexus really left with me no good options, as I pulled back what I had left to consolidate for a final stand. On Geoff’s turn 4 he just moved up, finished the Destroyers and the Culexus refuse to die.Turn 5 was about Geoff surrounding me and getting ready for the final kill on Turn 6 and that is what just happened.

It was a fun game, but overall I just couldn’t handle so much 2+ armour and Geoff did a good job tying up or destroying what could actually hurt them, if only I had remembered to keep Wraith rules and played the Warriors and Destroyers better, things could have been more interesting. The biggest lesson I learned was making sure to hold back. Necrons are just not a very alpha strike type of army, and making sure to strike at the right time is key, while waiting for your opponent to lose sight of the exceptional maneuverability the Necrons posses and laying a proper trap.