Part of getting motivated to paint an army is also getting it ready for tournaments. Many tournaments require a certain level of paint, so part of this project is not only giving reports on the hobby progress, but also on military progress.

Even as a competitive player, I always make lists that are less than optimal to challenge myself on the battlefield and having variety on the battlefield. It also has the secondary bonus of most my opponents enjoying the game no matter the outcome.

I will be taking this White Scars army to local RTTs, but I have no illusions to how well it will do. This list is very experimental and I can see it performing very poorly, but at the very least I will have fun doing it! I think it has enough tricks to make things interesting and keep my opponents guessing. I just hope I can keep the games close enough, to not get blown out. 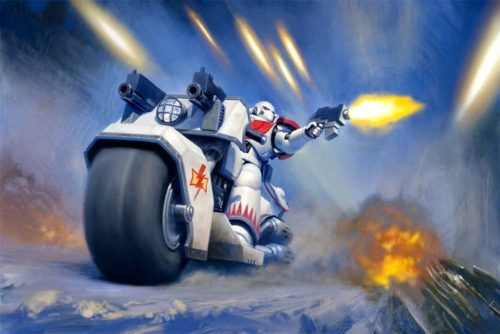 When designing most lists I want to find ways to use or exploit the inherent abilities of particular army. I find the Chapter Tactics of the White Scars quite exploitable and intriguing.

This means White Scar armies are quite fast for Space Marines and especially the Biker units. The added bonus of being able to disengage and re-charge also means it is much harder to get pinned by tar-pit units. The struggle of course is the lack of good Assault units for Space Marines, but being able to get across the board into strong positions cannot be underestimated.

“Surround yourself with the greatest warriors at your command, or cower in the deepest and darkest hole you can find. It matters not. I shall take your head for the Great Khan and for the Emperor.”

Born in the Saddle 1CP: Use this Stratagem when a White Scars Biker unit Advances, That can still shoot and charge this turn.

This is really key with either taking Biker Captains or max sized Biker units, besides being able to usually get a first turn charge off, you can also still shoot. This is one of the few ways to get around the limitations of Rapid Fire Weapons like twin bolters. This creates very exploitable situations where you opponent has to screen in order to prevent one Biker unit from ruining most best laid plans, but the screen has to be strong enough survive a hail of bullets.

Now lets look at the critical units I targeted for exploiting both the Lightning Assault and Born in the Saddle abilities. 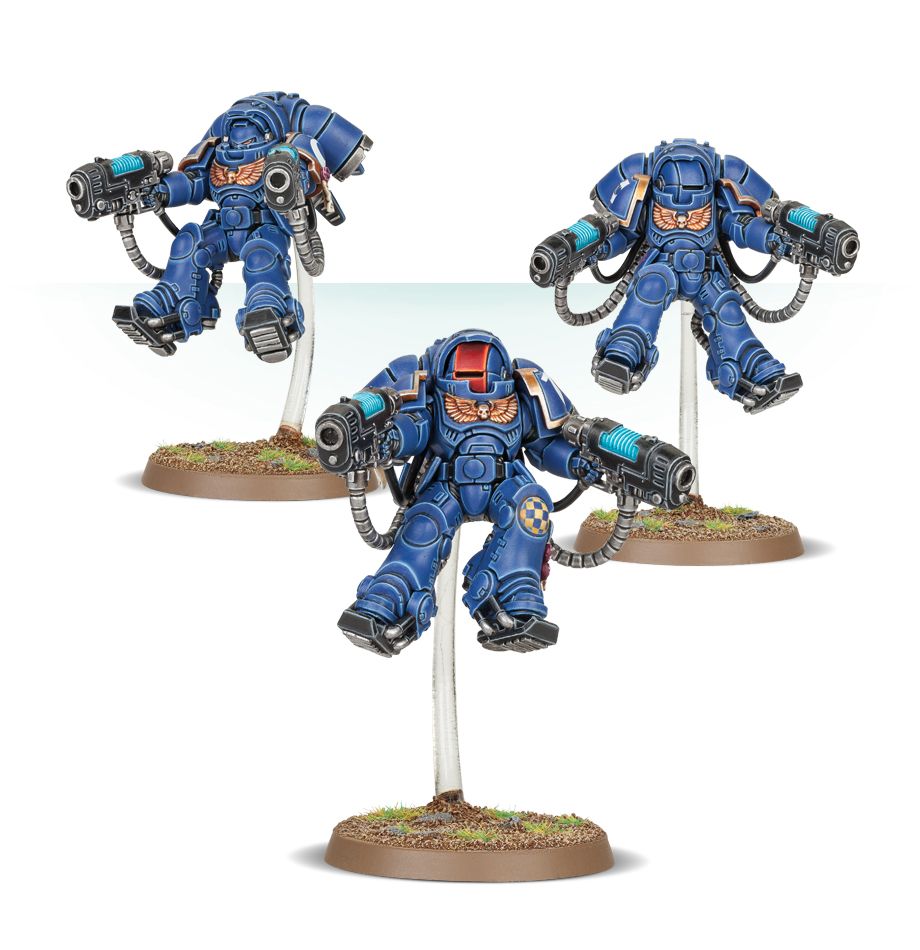 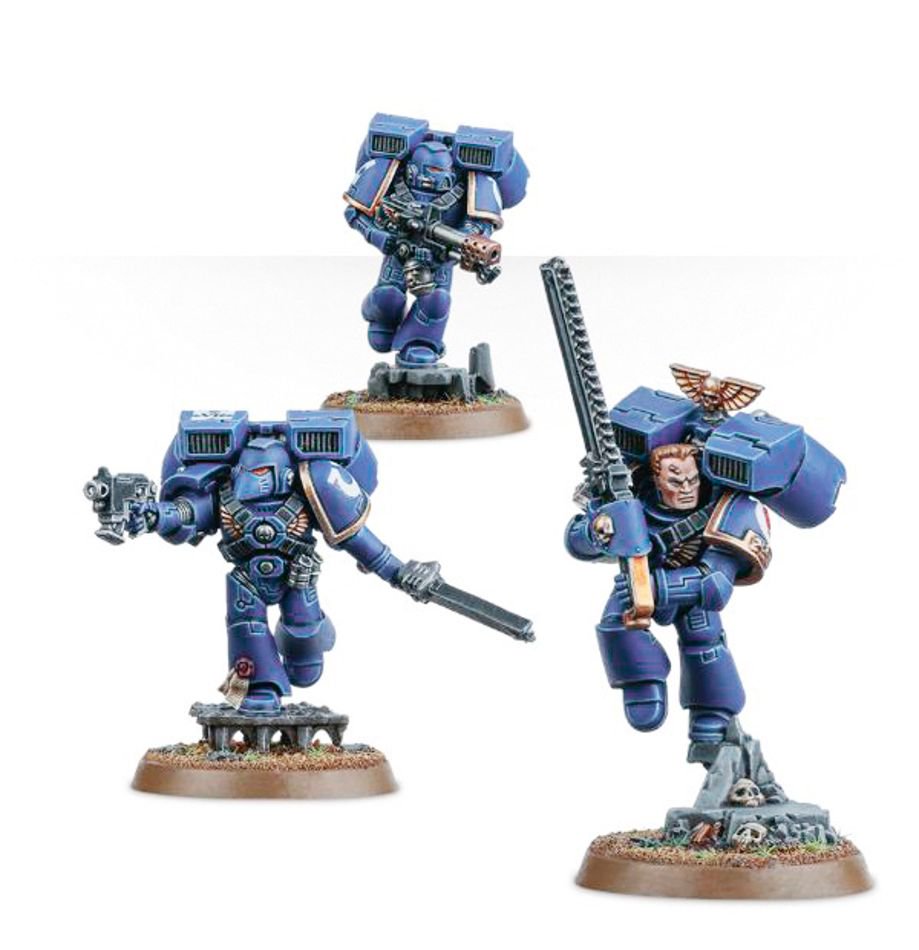 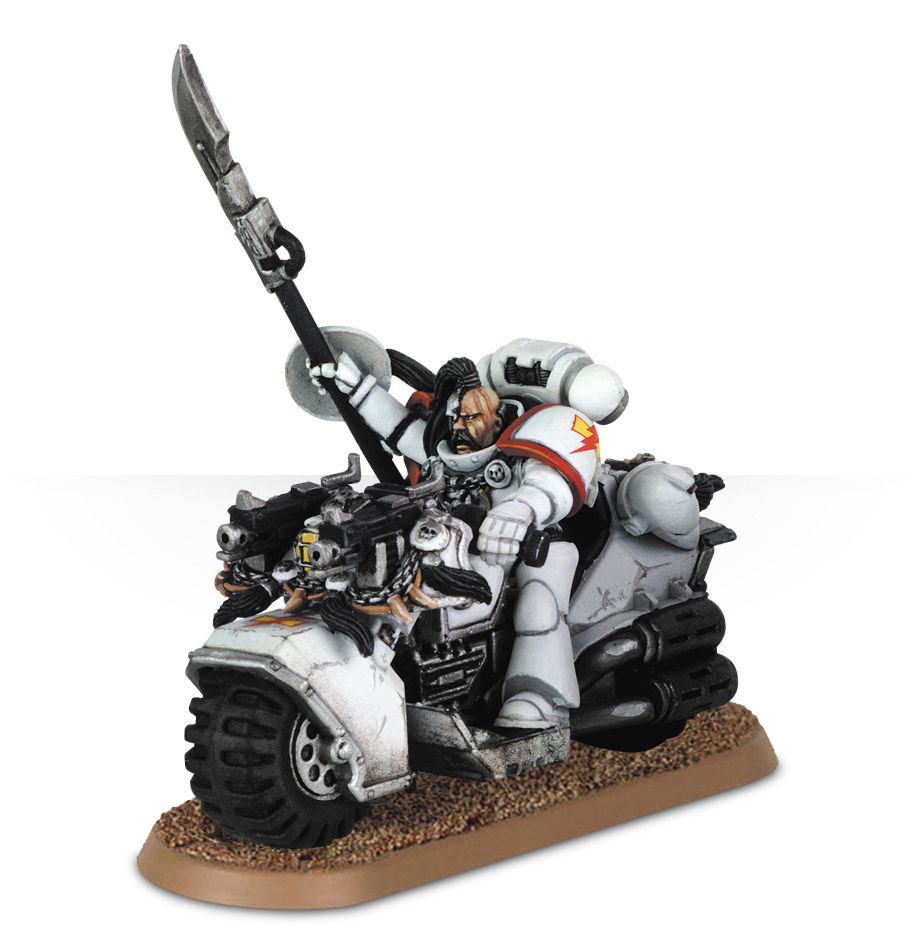 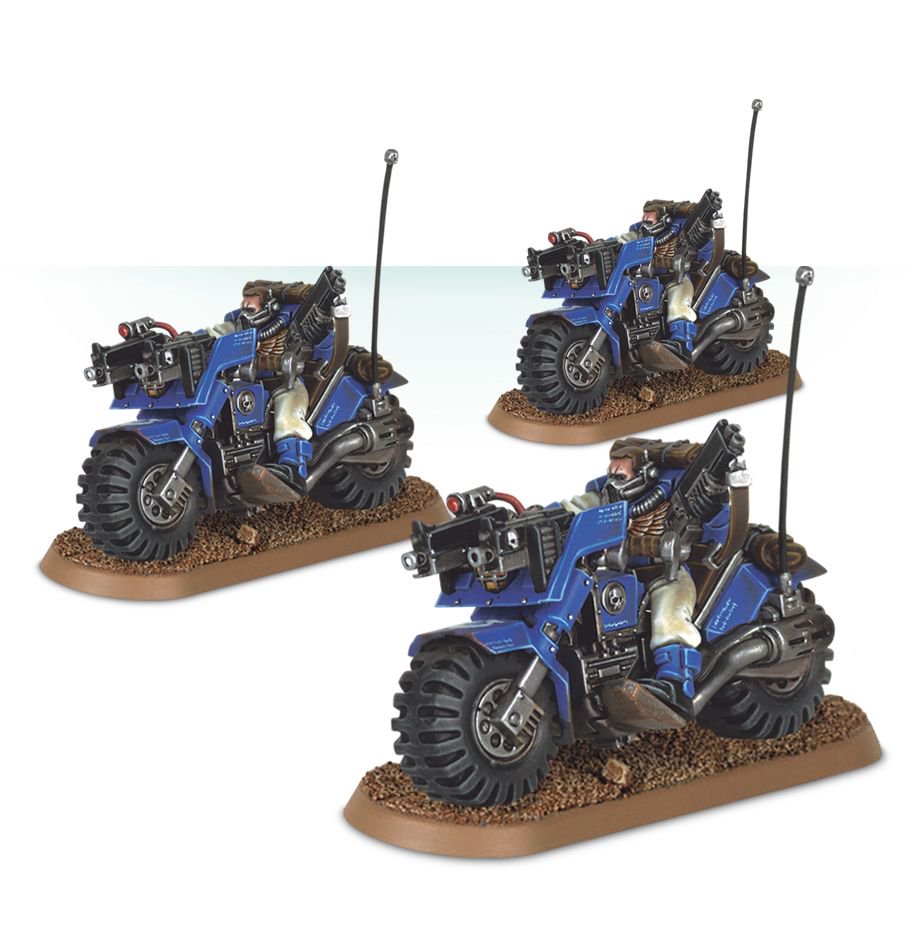 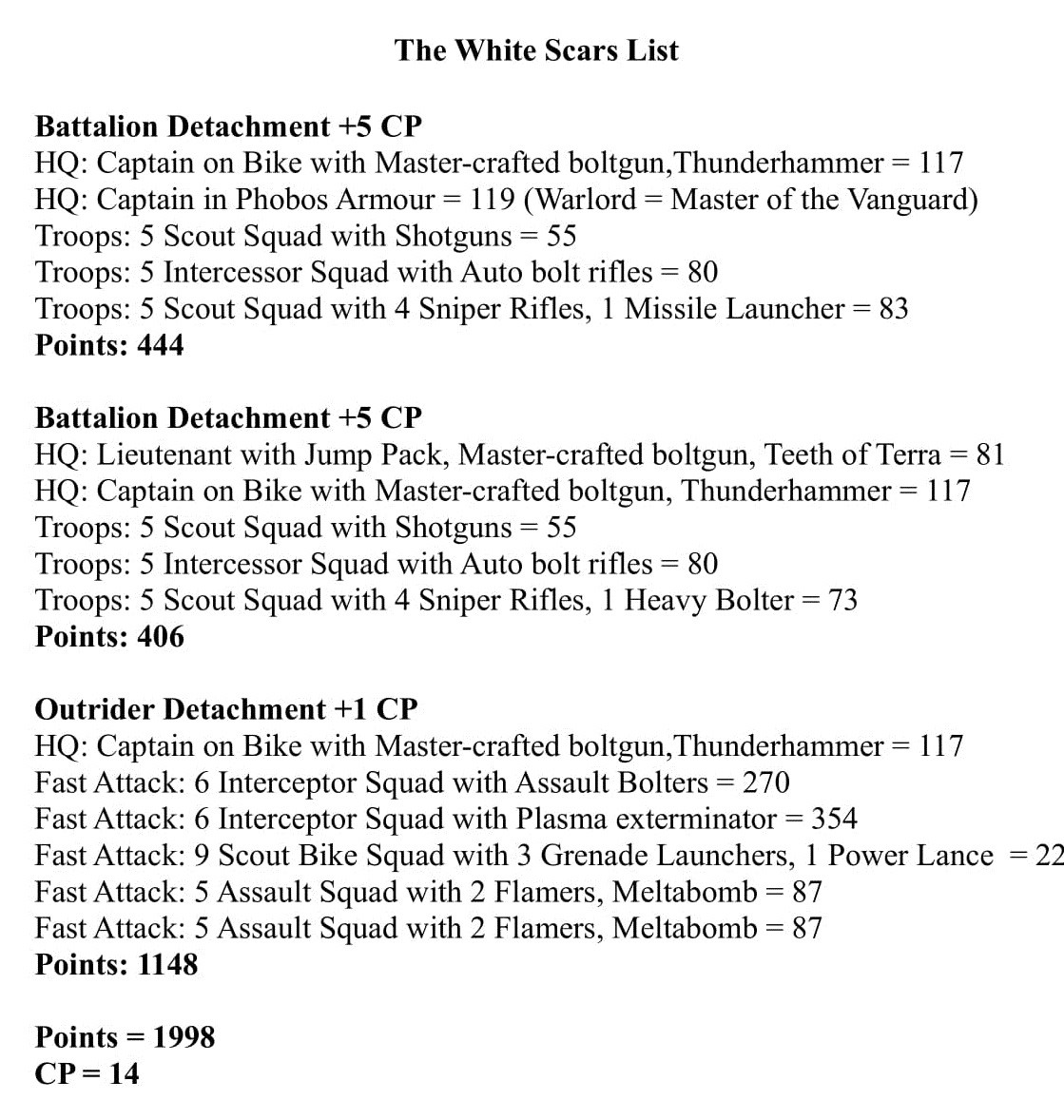 The units pictured above are the core of the army. Scout Bikers are one the best units in the Space Marine codex being able to deliver surprising amount of shooting and possessing a fun stratagem (cluster mines) that works perfectly with the Lightning Assault. Scout Bikers also are a prime unit for using Born in the Saddle. Next is the Biker Captains which the list has three of; as you will see the list has very little way in high damage firepower, so it is the Captains job to make up for it. Since the army is so fast, these Captains don’t have to be living on islands to get picked off. I can also disengage if they tied down or need to engage different targets thanks again to Lightning Assault

The Inceptors are the most important part of the army, as theit is 12 of them. They make up over 1/4 total points of the army, they are split up into Bolter and Plasma units. The key here is again taking advantage of Lightning Assault, because all Inceptor weapons are Assault, which means I can Advance and charge, this is dangerous with Overcharging, but worth the risk depending on the target. White Scar Inceptors thanks to Fly can also Fall Back and shoot one target and then charge another, giving an extra level of tactical flexibility very few units have. The Assault Marines follow the same principle as the Inceptors, this time it is about easily getting flamers in range and then charging vehicles to hit with melta bombs.

The army takes advantage of Combat Squading depending on the opponent, because sometimes giving your opponent tons of different threats can often lead to mistakes. The list also maximizes as many Assault weapons as possible to take advantage of Lightning Assault. As for the rest of the list you just have to click the little thumbnail to your left and find out. All future posts in this category will be battle reports with the lessons learned from those games.