Luckily, the Space Marine Scout Bike has some variations to both older kits. You get many more head options and along with that tons of extra bits you don’t find in either kit. The Scout bikes themselves are also less bulky than the Space Marine equivalents.

I applied the same painting scheme and methods I did with the normal Scouts as I did for the Scout Bikers. I though had a lot more white to apply and silver to work with. This had me butting up against a major problem by using multiple contrast paints on each model: bleed over. If you are not use to using contrast paints, thinking you can just slap it on without any patience and be done, well you can’t, since it acts often like a sticky shade, where if you are not paying attention requires a lot touch up.

Since I was using eight different contrast paints on each model the chances of making mistakes were high, but luckily half them were browns so bleed over into other browns wasn’t much of a problem, but it was the bleed on white that was problematic. The solution when quick painting is to not give into the temptation to fix the mistake right away. It is better to just let it go, until after you have done everything else, even detailing. This way, you do it all at once on all the models, keeping the assembly line going.

To stress this point take a look at the left contrast video above, besides being perhaps the worse paint video GW has ever made, it unintended shows just how dangerous using contrast paints improperly can be. That is why besides just fixing mistakes later, I always recommend using a medium if you are using more than a few contrast paints on an individual model. It tilts the contrast just a little bit towards shade, but still leaving enough of the “contrast” great coverage properties intact.

“Nothing great was ever achieved without enthusiasm.”
― Ralph Waldo Emerson

The second video shows a traditional drybrushing technique, which with my speed painting, is a simple tutorial to get models done at record rate, but even with that video you can see dryburshing works best on larger models, so knowing when detailing is a better course of action is the difference between drybrushing into a mistake you have to fix and realizing detailing saves more time overall.

Below are the results of my contrast drybrush speed combo. 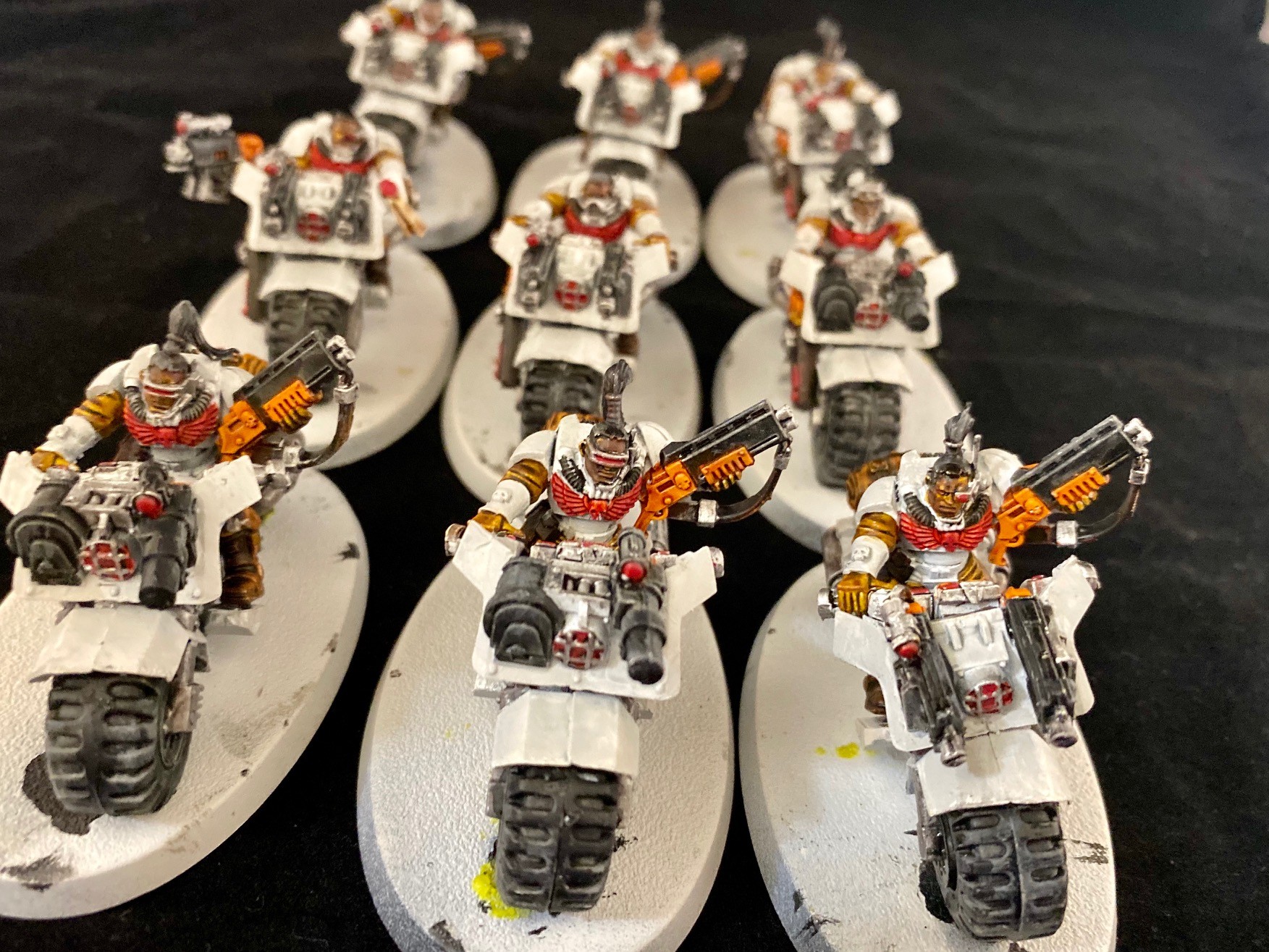 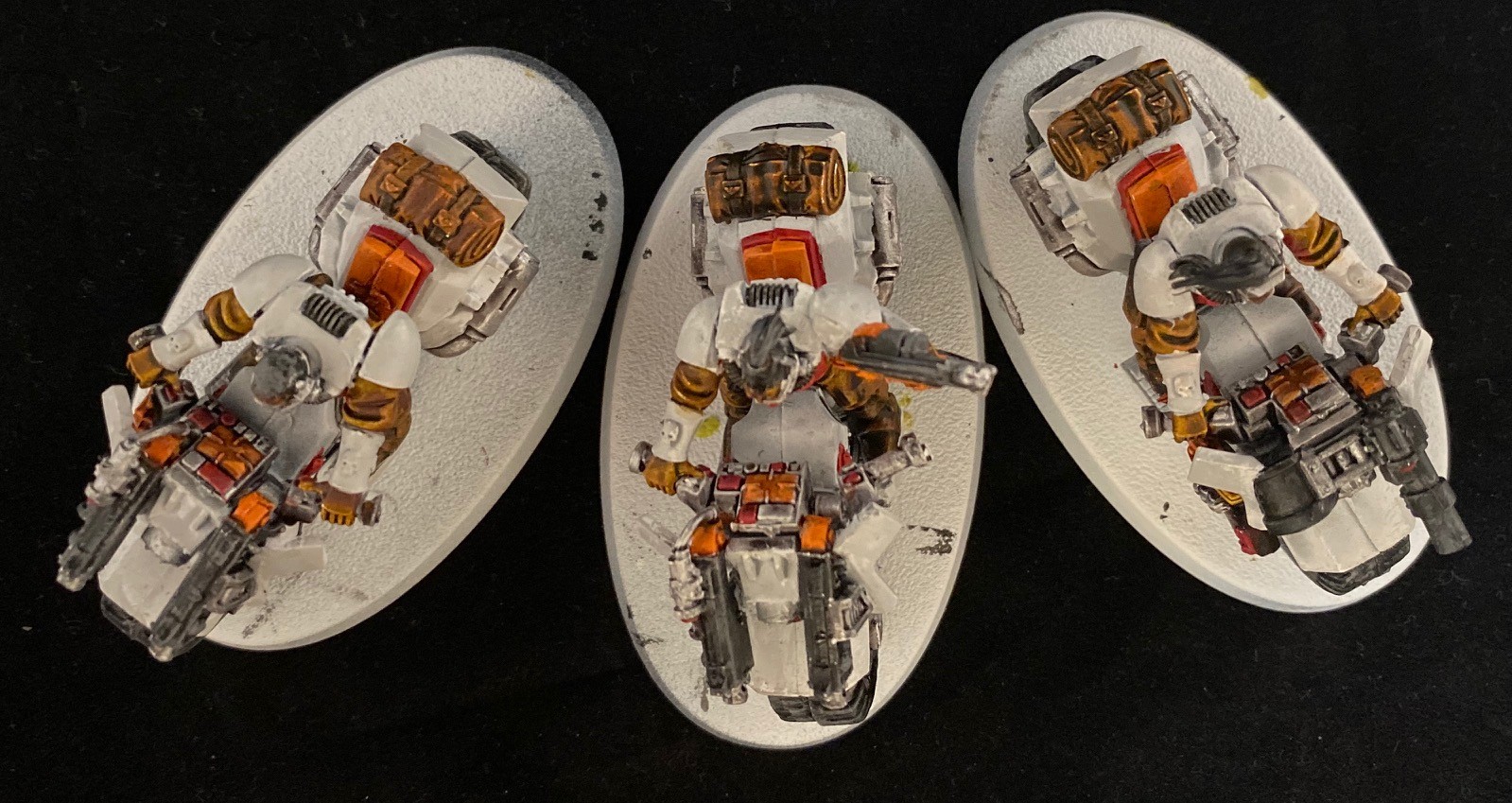 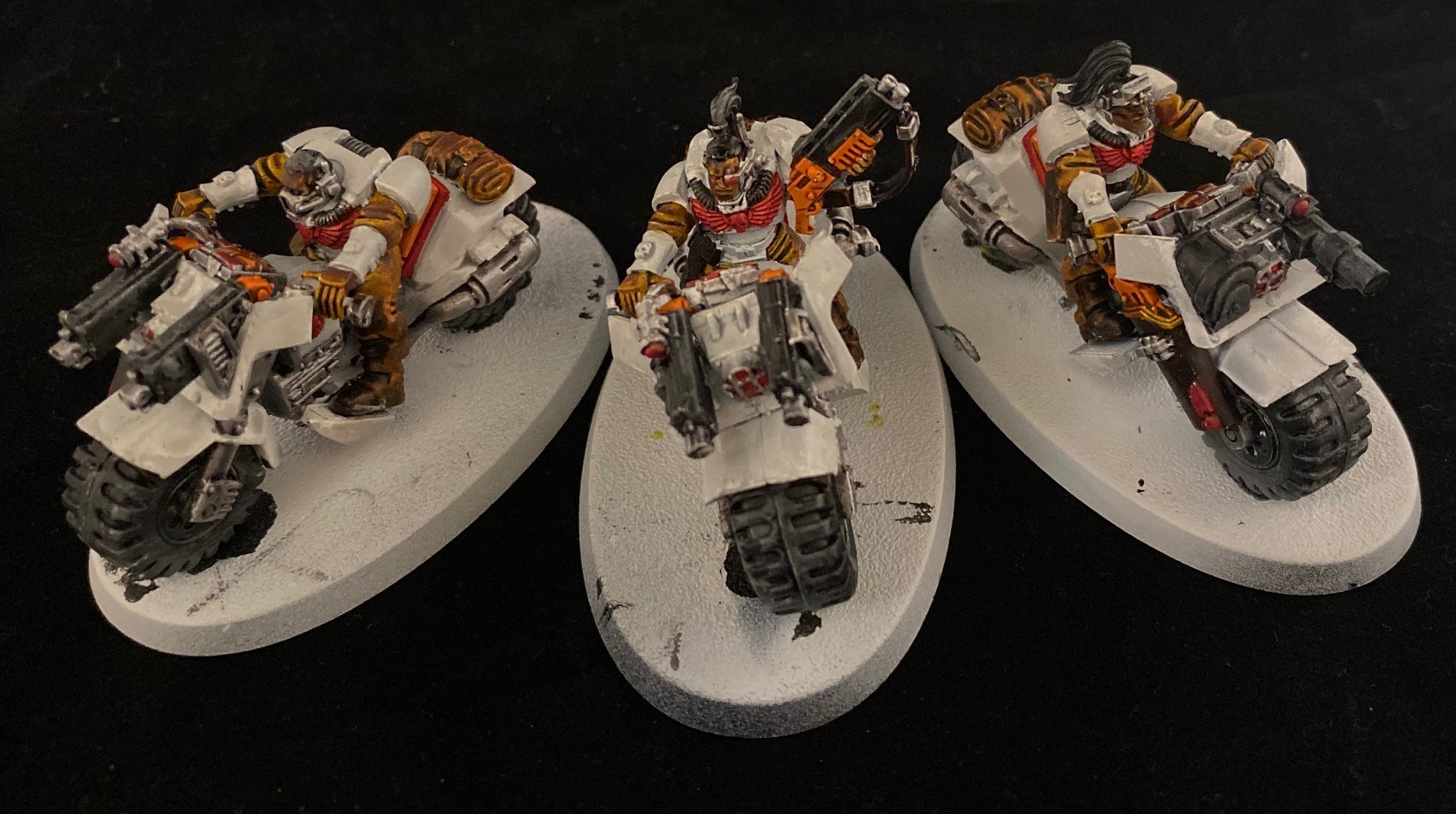 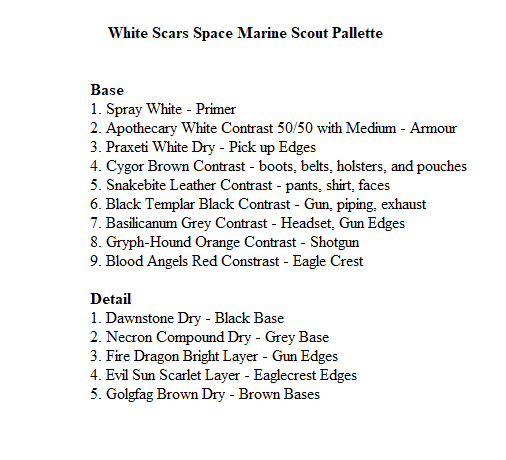 As you can see I kept the quick and dirty feel from the basic scouts, but slightly increased the detailing as required for models with so much more nooks and crannies. This meant, when combined with detailing and touch ups, I spend about 30 minutes on each model, minus the dry times.

Having done the Scout Bikers, I am getting close to the end with less than 20 models left paint. My plan is to go back to a more traditional technique and only using contrasts and drybrushing for larger models, while taking a few extra minutes on the more detailed ones.